Dublin senior football manager Jim Gavin has led the tributes to the late Liam Gilmartin – the sole surviving member of Roscommon’s All-Ireland winning teams of ’43 and ’44 who passed away on Saturday match.

After watching his team work hard for their five-point victory at Dr. Hyde Park, Gavin made a point of reflecting on the contribution of Gilmartin to the GAA, describing him as one of the “outstanding players” of his generation.

“Liam would have lived in Dublin for a good part of his life. Today is a sad day, in some respects, for his family. We extend our condolences to the Gilmartin family and friends, and Roscommon GAA for one of the outstanding players of his time. My father and his generation would have talked about Liam Gilmartin playing with that great Roscommon team of ’43 and ’44.

“I believe he got TB when he joined An Garda Siochana at a very young age, 23. But Liam is remembered up in Dublin, and we could probably even claim him as a Dub, but he’s a big loss,” he said.

The Dublin manager added that Sunday’s game was a fitting tribute to players like Gilmartin and the late Dermot Earley, who were household names around the country.

“Roscommon have produced so many wonderful players over the years, and Liam was one of them. Obviously I would have known the late Lieutenant-General Dermot Earley from Gorthaganny so well, and he would have played a big part in my development as an officer in Óglaigh na hÉireann.

“I have a great affinity with Roscommon and I suppose, while being a sad day, it’s time to celebrate Liam’s achievements and of that great Roscommon team of the forties.

“I’m sure Liam and his Roscommon team-mates are looking down on us today and they would have been impressed by what they seen out there. The pitch here at Dr. Hyde Park is fantastic, despite all the rain, and the players in our dressing room were really impressed with the underfoot surface.

“There was some fantastic fielding from both sets of players, and I think the game was a very fitting to Liam Gilmartin and that great team of 1943 and 1944,” he concluded. 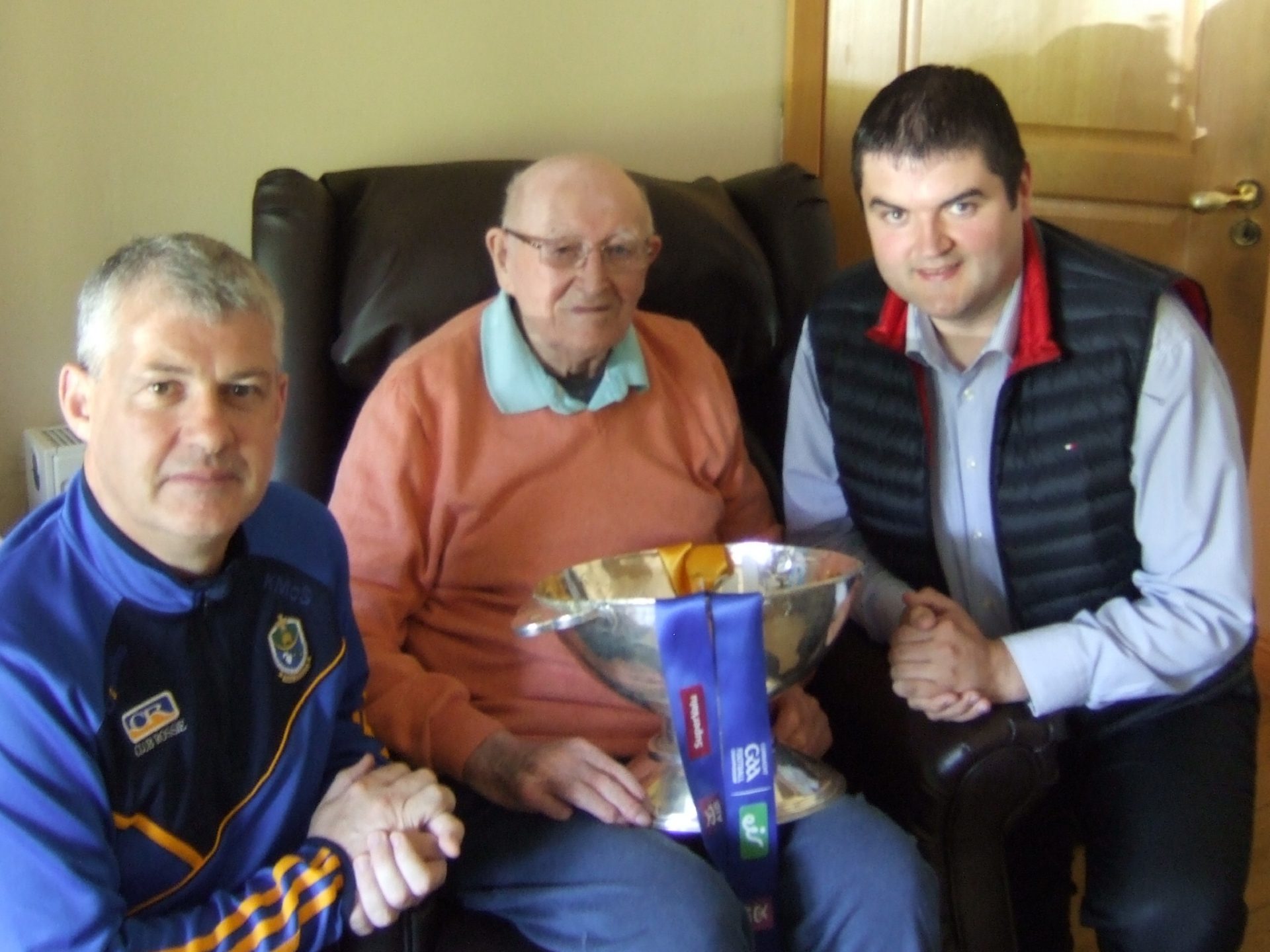 The late Liam Gilmartin with Kevin McStay and Brian Carroll after he celebrated his 97th birthday on June 1st, 2018.