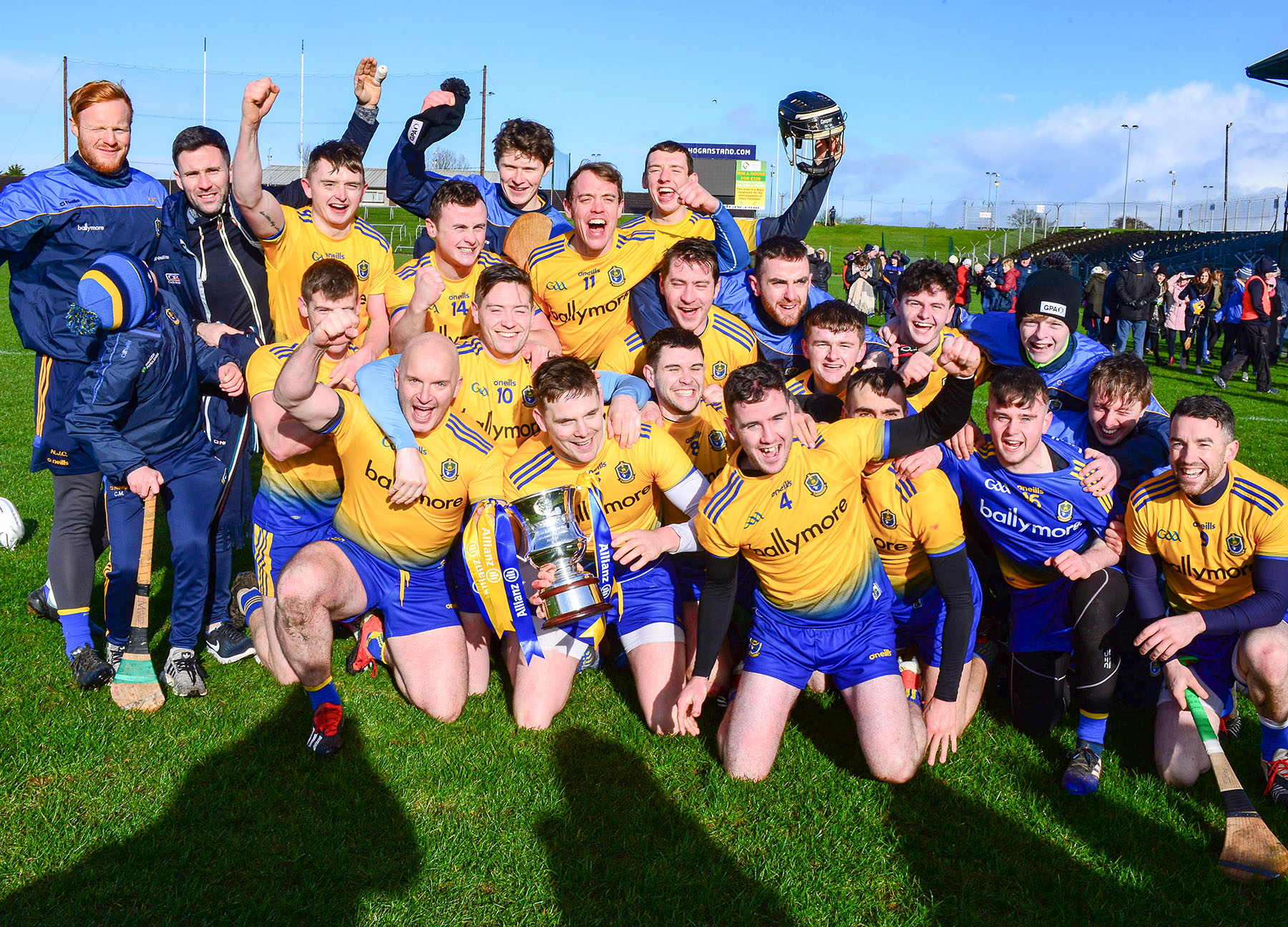 Roscommon’s hurling community is tight, so it’s no surprise that Sunday’s hard-fought league triumph against Armagh is greeted with plenty of back-slapping and quiet satisfaction on a job well done. People like Christy McDermott, Gerry Keane, Anthony Flaherty and Robert McConn live for days like this, and their broad smiles summarise what this win means, and the likely boost for the game in the county that will accompany it.

When captain Eamon Flanagan and Naos Connaughton raise the cup aloft, the warm afterglow overpowers the bitter Navan air. Roscommon have delivered what they set out to do, and manager Ciarán Comerford, naturally, is consumed by fulfilment.

“We’re absolutely thrilled with the win. With the conditions in the first half, and with the wind, you’d be anxious to be ahead by a few scores. But fair play to Armagh, it was down to game management and there were probably a lot more than the five additional minutes that were added on.

“We didn’t overly panic because we knew we hadn’t got going and that Armagh would have to set up differently in the second half. That opened up the field a bit and allowed us to hurl.

“Maybe the heads had dropped a little at half time but we pointed out to them that we were ahead and that the game was still there for us. I went through how they would set up and what we were going to do. In fairness, you couldn’t ask for more. The character was huge,” explained the Laois native.

Comerford admitted that league silverware and promotion had been top of his “to do” list at the start of the season. Progress in the Chirsty Ring Cup makes the cut as well, and the manager felt that the confidence derived from this triumph would drive the players to achieve greater things.

“It has been a goal but the players have worked tremendously hard together and on their own. It’s what they deserve. The lads are seeing that the work they’re putting in is coming to fruition.

“We’ve an unbelievably tough task ahead of us but we’re by no means disillusioned. We couldn’t have asked for a better league campaign and we’re in good shape heading into the championship,” he pointed out.

Captain Eamon Flanagan concurred, highlighting that everyone on the panel are singing from the same hymn sheet in 2019.

“It’s great. It has been hard since November. We’ve trained up to four nights per week. We’ve up on 50 sessions done. Lads are trying fierce hard. The gym work is outrageous. But the lads are physically fit but they came out against the wind in the second half, against a tough Armagh team, and picked things up.

When we played up in Armagh, we played into a strong breeze and we were seven points down, and got it back level at half time. So we knew that we could do well against the elements.

“It means a lot to us. We’ll get ready for the Christy Ring now. There are tough teams there like Meath, London and Kildare. We have to go to London and we’ll be bringing the Christy Ring champions (Kildare) into our own back yard. They beat us well last year but we’re more prepared this time, and we’ll be chomping at the bit to get a rattle at them,” he remarked.