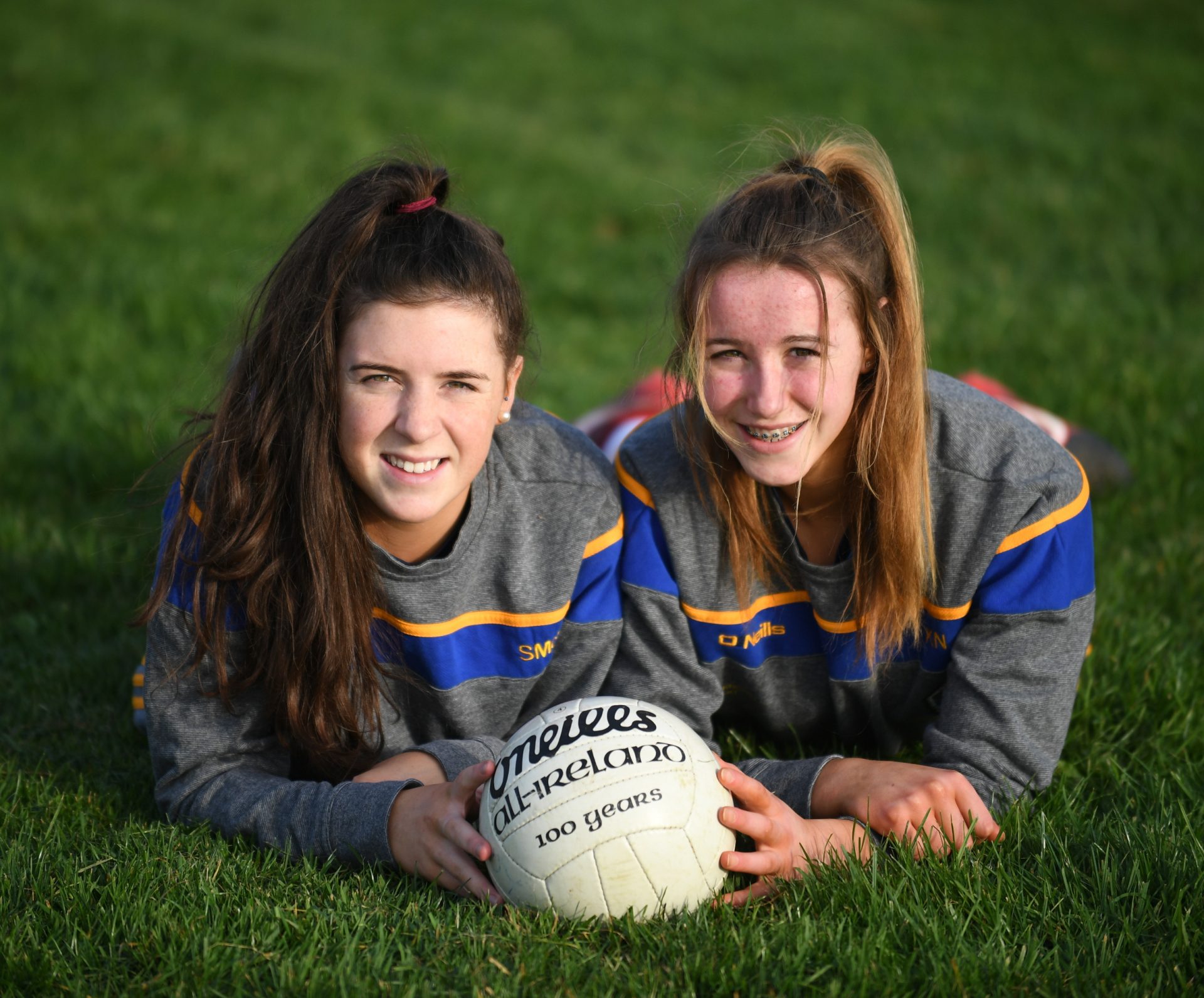 Sarah McVeigh and Kate Nolan pictured at training ahead of next Monday’s Connacht A final against Galway at Enfield. Picture: Gerard O’Loughlin

The possibility of breaking Galway’s provincial stranglehold is the glittering prize confronting the Roscommon minor ladies’ team on Bank Holiday Monday evening next when they meet their western neighbours in the Connacht A final for the second year in succession. Throw-in at Enfield is 6 p.m..

Having already taken care of Mayo in the semi-final, Ollie Colgan’s well-balanced side have every right to feel that they will be the team to land a historic first underage A title for the county. But everything must fall into place in a match where Roscommon have to hit the ground running.

Twelve months ago, Roscommon were seven points in arrears after 11 minutes. In the end, Galway prevailed by 2-17 to 4-6, demonstrating Roscommon’s competitive instincts. Yet it represented a stern education on how giving the opposition a significant headstart at this level, coupled with a few basic errors, can be the ultimate difference between winning and losing.

Given that up to nine players who started last year’s decider could be involved on Monday, those lessons alone, if they have been absorbed, could be priceless.

“It’s going to be tough. Galway won’t be weaker (from last year), but we’d like to think that we’re stronger collectively. We’re very united as a team. There’s a huge emphasis on workrate. We work hard when tracking back but we also have pace in the team to counter-attack effectively,” manager Ollie Colgan told the Herald.

The Clann na nGael clubman is joined on the management team by Kieran McKeon (Boyle), Richael Timothy (St. Croan’s) and Fiona McVeigh (St. Barry’s). St. Brigid’s midfielder Kate Nolan is a doubt, having picked up a thumb injury at training. She would be a huge loss, given her physical strength in the middle sector but, overall, Roscommon’s spine is strong, led by goalkeeper Sasha Lavin, full-back Saoirse Wynne, number 6 Megan Kelly, midfielder Sarah McVeigh, centre-forward Kelley Colgan and full-forward Onagh Kelly. Add in the scoring threat of captain Aimee O’Connor, Ellen Irwin and Kara Earle, and it’s easy to see why Roscommon have more than just a fighting chance.

“I think we’ve a better spread of scorers this year. Aimee had been doing most of the scoring but she has more help this season. I also think that we’ve players making a bigger impact off the bench. So hopefully these things will make all the difference,” continued Colgan.

Of course there is the consolation of an All-Ireland B championship, a competition in which Roscommon finished runners-up in 2018, if things don’t go according to plan but Colgan insists that his side’s sole focus is on Monday’s big game.

“These girls have just beaten Mayo for the fourth year in succession — U-14, U-16 and twice at minor level. So I really do think that they’re best equipped team to make the breakthrough. Roscommon LGFA is making huge strides but beating Galway in a Connacht A final would be the ultimate statement that we’re moving in the right direction,” he concluded.