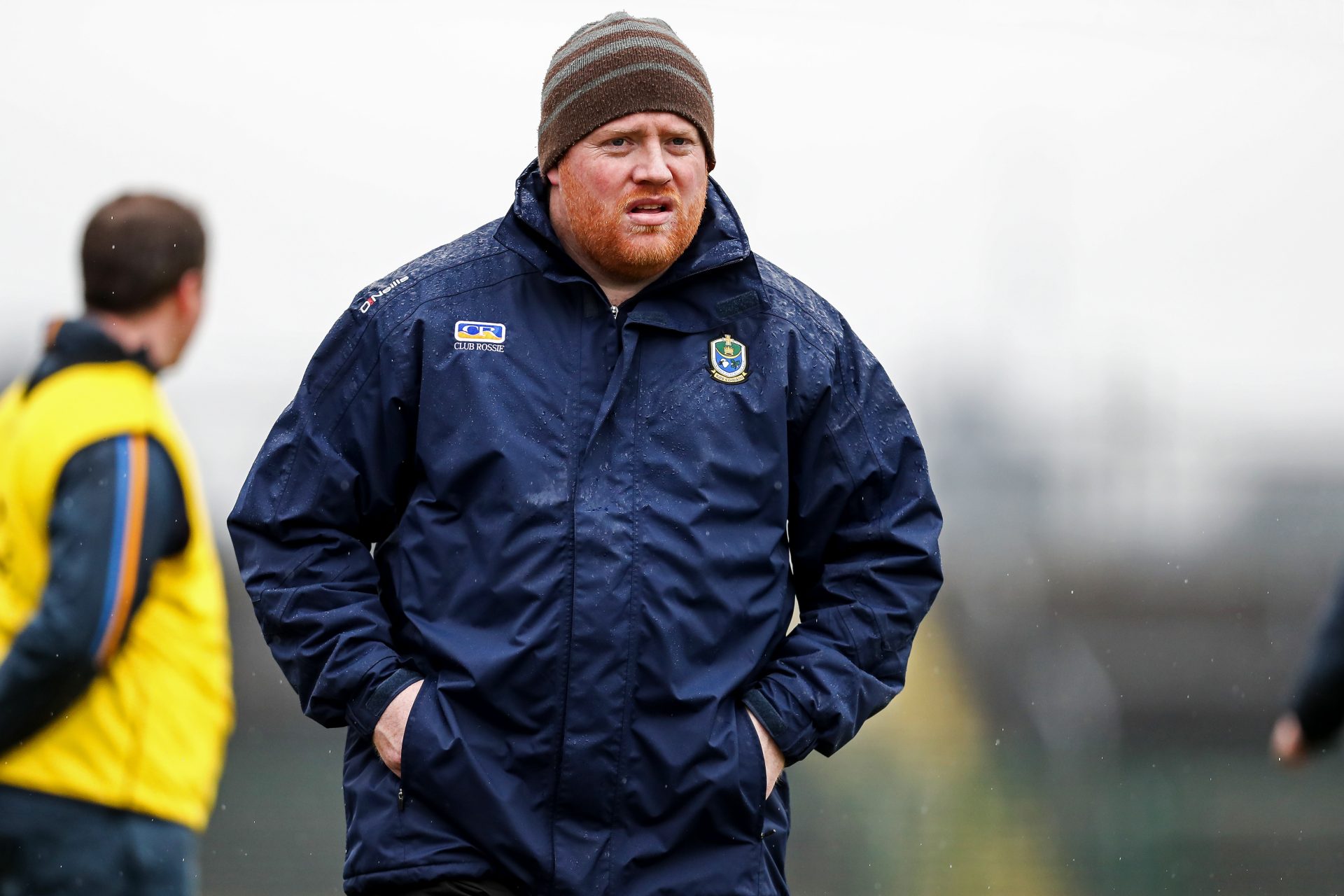 Roscommon senior hurling manager Ciarán Comerford has vowed that his side will embrace the tough task facing them during their upcoming Christy Ring Cup campaign. Picture: INPHO/Laszlo Geczo

Twelve months ago, Roscommon’s senior hurlers endured one of their most difficult afternoons in recent memory when they were dismantled by Kildare at St. Conleth’s Park in Newbridge — a Kildare team that went on to win the Christy Ring cup six weeks later with a 14-point victory in the final.

Fast forward a year, and Ciaran Comerford’s men find themselves in the unenviable situation of preparing to welcome Kildare to Athleague, and that this is arguably their most winnable fixture of the three games that are on the agenda for the next month.

The Laois man can do nothing but smile at the way the chips have fallen, while suggesting that getting a handy group would be the hurling equivalent of a false economy.

“We’ve got the team that won it last year, the team they beat in the final and the team that came down from the Joe McDonagh, so if ever there was a group you’d want to avoid it’s that one!

“But it is what it is. If you’re looking to progress, you’re going to come across these teams at some point anyway, so it doesn’t really change anything,” he told the Roscommon Herald on Monday.

Psychologists all across the world could convene and still be at a loss as to how a team should go about preparing to take on a county that beat them by more than treble scores (4-26 to 1-9) just one year ago, but Comerford’s take on it is that it was a result that reflected a bad day, not a bad season.

“It’s easy to refer to it because lads are open and honest. They know that they never performed at any stage in that game. Results after that showed that we certainly weren’t 26 points a worse team than them, though we certainly were that day,” he admitted.

“Lads themselves realise how bad they were individually and as a collective. Management too have to admit our shortcomings and ask if we should have protected the players much better in terms of our set-up. We’d all have to be honest and hold our hands up on that one,” he added.

So what will be different this year? For one thing, he’s hoping that the confidence gained from securing promotion with a small squad will bear fruit in a couple of different ways.

“We’ve added a few players in the sense that Gearóid Keenan is back in, and Jerry Fallon is back on board, a real Roscommon stalwart! Naos Connaughton has got over his ankle ligament injury and he’s got himself back into a position where he could feature too.

“Even so, it’s a small group. We went up to Louth the first day with 18 hurlers, including Conor Coyle who was only in the panel a week before. That’s how tight it was for us, but that means you have a closely-knit group that’s willing to work for one another and there’s familiarity with lads playing in the same positions.

“Numbers were small but we were lucky with injuries. Okay, we had Naos (Connaughton) and Johnny (Coyne) out for long term, but we got through an intensive programme of games without adding to that. So there’s a bit of confidence among the lads since what they’ve done up to this has worked, but it’s just that huge step up between 3A and the Christy Ring.

“We got through the club month okay, even though it’s heavy traction,” he continued. “I had lads playing club hurling and football, as well as trying to keep their county commitments going as well. The last two weeks we’ve had full control, full attendance and we’ve been able to work on something to help us in the Christy Ring Cup. We’re going to try a few things to try and keep ourselves in the game, to give ourselves a bit of a chance.

He’s also hopeful that returning to the familiar surroundings of Waldron Park in Athleague will be a boost, stressing that the hurlers absence from Dr. Hyde Park on Sunday is entirely by choice.

“I’ll knock that on the head now, because to be fair, there was a willingness there to put us in before the footballers,” he explained, referring to the U-20 footballers serving as the curtain raiser for the Connacht championship this Sunday instead of his players.

“I know we played our league games there in the Hyde but that was because the pitch is excellent. It was going be available while the previous year showed us how you couldn’t say for certain that Athleague or other club grounds would be playable. We committed to the Hyde as our base for the league, but Athleague is seen to be the home of Roscommon hurling and the lads themselves enjoy going there.

“It wasn’t that the county board didn’t want us, they were quite willing. Croke Park themselves would have nudged us in that direction, but there’s home comfort in Athleague, we train there a bit and there’s familiarity with it. If we’re to have any advantage, it’ll come in an environment that we’re used to” he concluded.