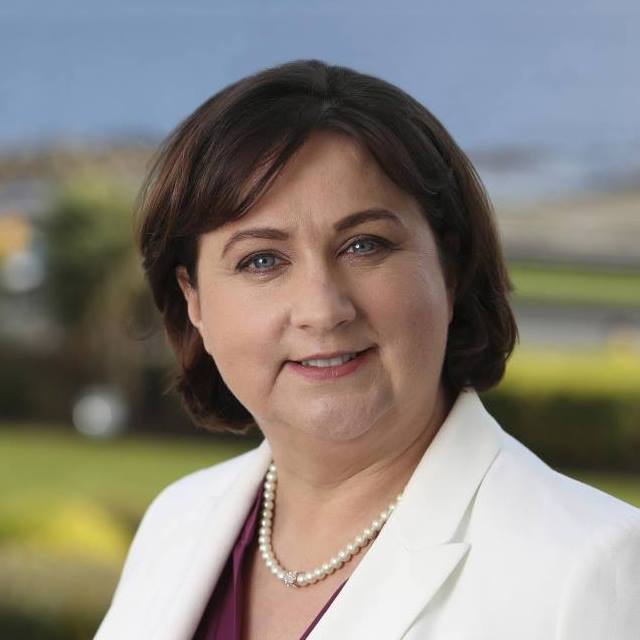 Roscommon Tidy Towns Committee has described as “extremely disappointing” how one of the candidates in the European Parliament elections has “reneged on commitments made” supporting the exclusion of posters in Roscommon Town.

The committee claims Fianna Fáil candidate Deputy Anne Rabbitte has 60 posters or more erected on electricity poles on the Boyle, Racecourse, Longford and Galway approach roads to the town.

Local Independent candidate and Tidy Towns Committee member Kathleen Shanagher told the Roscommon Herald that she has contacted Deputy Rabbitte on the matter. “She (Deputy Rabbitte) is mortified,” Cllr Shanagher remarked. The local committee says it received many calls from Roscommon residents expressing their disappointment over the matter.

Deputy Rabbitte said she had not been contacted by Roscommon Tidy Towns prior to the erection of the posters and had been unaware the town was subject to a ‘no poster’ agreement.

“I don’t do dirty politics. I am aware there is a similar no poster agreement in Castlebar and Westport where the local organisation took down the posters. I don’t know who the contractors are that put up the posters.”

At the time of going to press, Deputy Rabbitte said members of her campaign team were travelling to Athlone and into Roscommon to remove the posters, adding that the incident “had damaged her”.

The Fianna Fáil candidate remarked that there should be an alternative way for “designated zones” for the erection and display of posters.