The dressing rooms were still cloudy with steam from the post-match showers last Sunday afternoon in Dr. Hyde Park when Anthony Cunningham came out to speak about his team’s Connacht championship win over Leitrim. But even at that stage the focus had already shifted west along the N60, and to the Rossies’ upcoming battle with Mayo in the Connacht semi-final on Saturday week.

Historically, MacHale Park has been barren soil from a Roscommon perspective, but Cunning said that his players would take both heart and motivation from their one-point defeat at the venue in late January.

“We have a score to settle with them. They beat us there in the league and we were very close that night. We want to go down there and give it a real go,” said the St. Thomas’ clubman.

“We know how good Mayo are. They are everybody’s favourite bar Dublin to win the All-Ireland. They have been the bridesmaids and the best team bar Dublin for the last five years. Everybody would have hoped that they had gone and won an All-Ireland. That is how much respect they have for them.

“But from our point of view, we want to show how good we are and there is no better place to do that than against Mayo on their home turf. That is why we train every night. That is what we play for, that’s why you are an intercounty player, to play in big games like that,” he enthused.

After easily swatting aside Leitrim in 2016, 2017 and 2018, it would have been easy for Roscommon to take their eye off the ball here and look ahead to the Mayo game before they earned the right to play in it. Yet Cunningham opened the door to the idea that Leitrim’s successful league campaign was a help to Roscommon’s cause in that regard, as it left them in no doubt as to the threat posed by their neighbours.

“Our attitude was spot on. There was also the added pressure of playing at home and the expectation to win, sometimes that is hard to handle. We had great respect for Leitrim. They had a tremendous campaign in Division Four, were very good in the league final and ran Derry very close. We were worried and prepared very hard,” he revealed.

On a day when Leitrim looked to attack through the aerial route, exploiting Shane Moran’s physical presence on the edge of the square, Roscommon instead went for the dagger to the chest, running straight at the heart of the Leitrim defence time and again. The tactic bore fruit in terms of the number of chances created, even if the conversion rate disappointed the manager.

“Our guys were a bit more powerful running at the defence, and that told,” he agreed. If you were looking at our selection of shots in the first half you would have to say we have to get better at that. The build-up play was good, but our finishing wasn’t. The Mayo defence, that is going to be hard to break through. When you do get through you have got to take your scores and choose the right shots.

Cunningham also confirmed that Enda Smith was likely to be in contention for selection, that his omission from this game was a close call.

“Enda has a finger injury, he should be okay for the next day. It was going to be difficult if he started today. He mightn’t have been playing the next day then,” Cunningham pointed out.

“There is a fracture there in his index finger, at the base of it. He has done some training but he was probably too big of a risk. He will be probably be in contention for the next day,” he added, before citing some of the other players that may come into the mix.

“Cathal (Heneghan) is U-20 but is a brilliant prospect. He has been going really well in training for us. Hubert Darcy played his first championship game today, he hadn’t played in the league but was very close. Andy Glennon didn’t get much game-time but came on there in the finish as well. We have huge pressure for places and that is the way we want it,” he concluded. 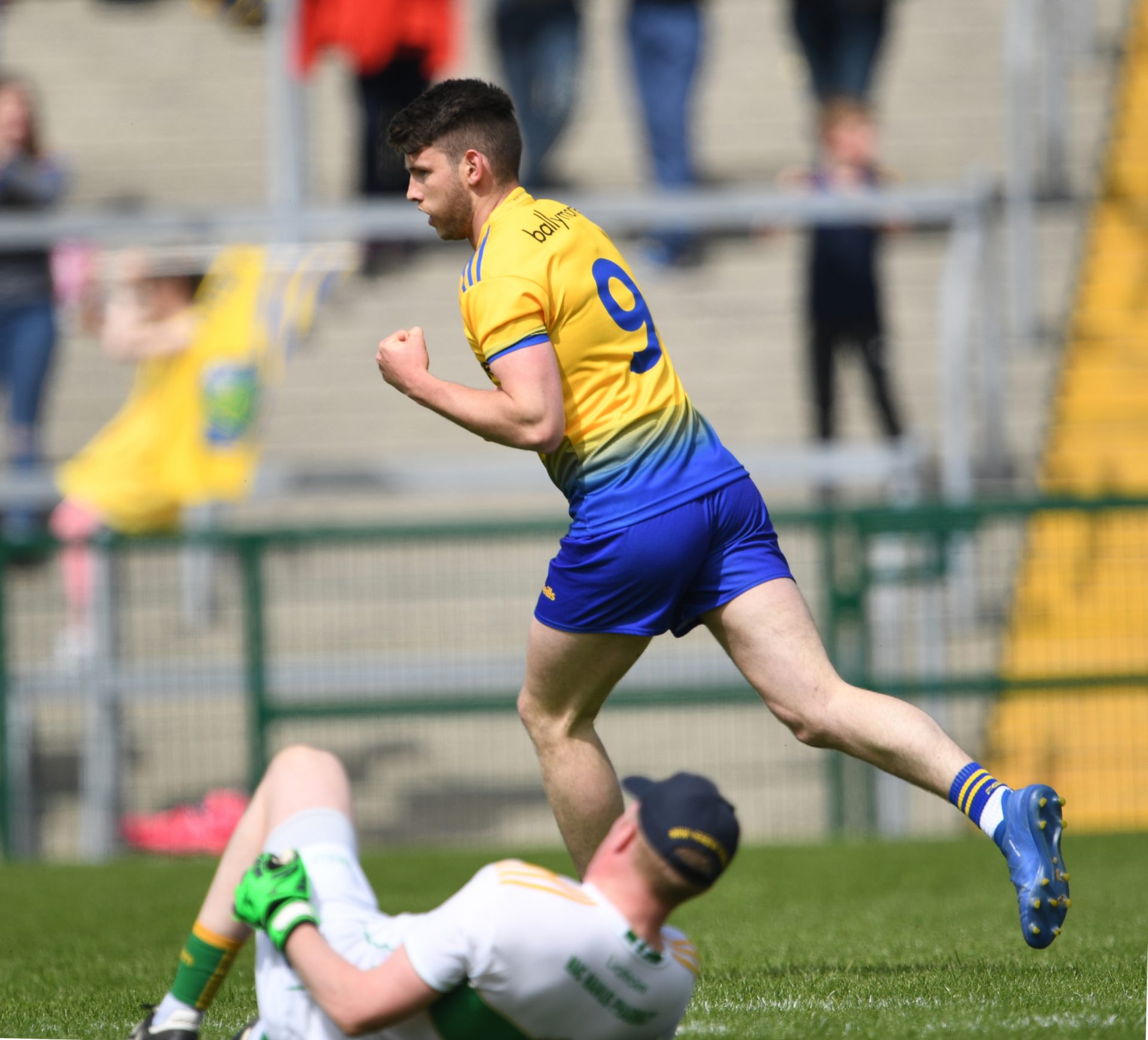 Shane Killoran celebrates one of his first-half goals against Leitrim on Sunday last. Picture: Gerard O’Loughlin