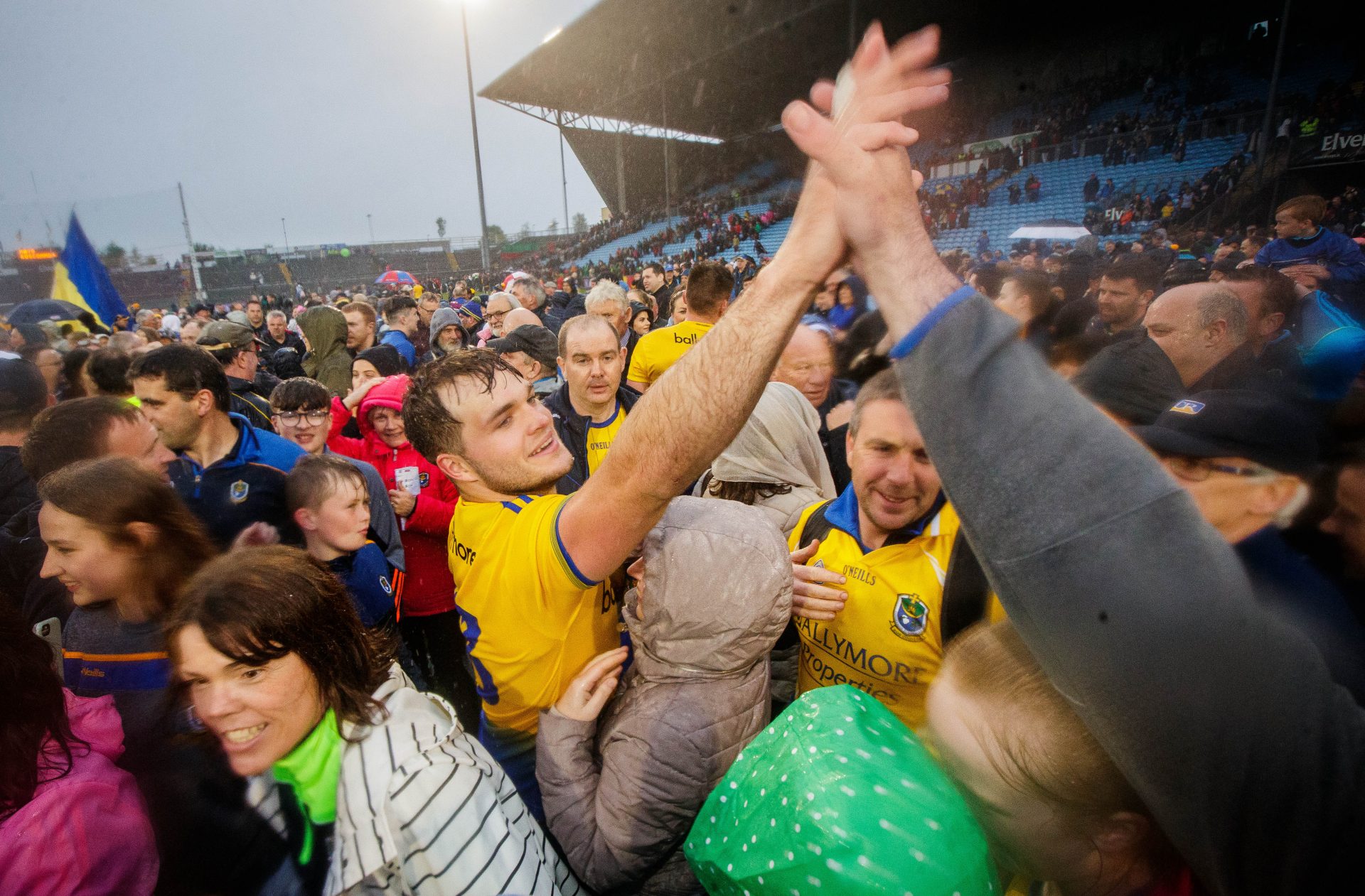 The reaction of Anthony Cunningham after the final whistle on Saturday evening said it all. He may be a native of South Galway who lives in the farthest parish from Mayo that there is in Roscommon, but when David Gough stretched his arms wide to confirm the Rossies’ 2-12 to 0-17 win, the St. Thomas’ man could bask in the satisfaction of a job well done.

Simply put, everything that he’s done since taking on the role of Roscommon senior football manager six months ago was building towards this game. Championship football always trumps league games, even when you’re in Division One, and when it came to the championship, this fixture leapt off the page.

Theoretically, Mayo or Roscommon could have tripped up against either New York or Leitrim. Realistically, that was never on the cards. Equally, if either manager started to look towards Galway, they were overlooking a major stumbling block.

The only difference for the two managers on Saturday evening was that if Mayo won the game, that would have been seen as little more than they expected. For Roscommon, regardless of what happens in June and July, 2019 will go down in history as the year that the 33-year-old Castlebar hoodoo was laid to rest.

Elsewhere in this week’s Roscommon Herald you’ll find a detailed breakdown on the events that transpired on Saturday night. But it’s important to realise that a number of milestones have quietly come and gone this season, milestones that hinted at the team’s progression towards where they needed to be in order to knock over the National League champions.

When the summer rolls around, events in the FBD League are usually long-forgotten. When Roscommon and Galway faced off in this year’s decider in Tuam, it’s fair to say that the result wasn’t a massive concern for either Cunningham, or Kevin Walsh.

What Roscommon did show that day was that in a very short space of time, they had developed some defensive toughness. There were several flashpoints in a game where referee Liam Devenney showed 13 yellow, four black and one red card, while Galway’s final tally of 1-5 showed that Roscommon were quite happy to take the gloves off and get stuck into a bareknuckle brawl.

That new identity was crucial on Saturday as Roscommon displayed a similar bloody-mindedness, holding the centre of their defence and repelling the Mayo runners time and again, forcing the home side into low percentage shots and thus a low conversion rate.

In hindsight, the Rossies could easily look back on the last Saturday in January and say that they came close to securing a famous win, a victory that might have been enough to stave off relegation from the league’s top flight. No-one will ever know how things might have been different if that had happened, but what did happen was that Roscommon went out into abysmal conditions and proved once again that they weren’t going to be bullied around the field by a more mature, physical Mayo side.

They went half the game (36 minutes) without scoring, and still they kept themselves close enough to ensure that the result was never certain, even if their goal came at the very end of the contest. It meant that even after Mayo went on to win the league, the fear factor regarding having to play in Castlebar was stripped away.

Any team that finishes in a certain position in the league table can usually look back on a myriad of moments that might have seen them finish much higher if things had played out differently, or even a couple of key breaks that were the difference between safety and the drop zone.

Unfortunately for Ultan Harney, he made one crucial error of judgement when he got involved with Niall Morgan, after the Tyrone goalkeeper conceded a close-range free by fouling Roscommon’s Gary Patterson.

A free that would have won the game for the Rossies and left them with four points after three games was turned into a throw ball. Tyrone won the throw, and Roscommon’s chance was lost.

Any incident at the end is always more memorable, but it was notable that since then, Roscommon’s discipline has improved. The significance of one wrong move was definitely drummed home to players on that fateful February Sunday and while Brian Stack repeated the error with a rash foul at the very end of the second half in MacHale Park — the incident which led to Kevin McLoughlin pulling a late free wide — in the main Roscommon stood tall, focused on their timing and patience, and prevented Mayo from racking up the scores from frees.

NO LET-UP AGAINST LEITRIM

Roscommon’s Connacht championship quarter-final clash against Leitrim was effectively wrapped up at half time thanks to three first-half goals, but when we consider that the Rossies had around seven goal chances in that 35-minute spell at Dr. Hyde Park, questions were asked about whether going for Leitrim’s throat every time was the right approach.

On that day a little over a fortnight ago, inefficiency when close to goal was a problem. However, the reason that tactic was employed was clear to see at the weekend. Roscommon were always likely to need goals against Mayo, and their set-up against Leitrim was based around creating those chances. When Cathal Cregg picked up that early possession on Saturday, collecting a ball from Conor Hussey on the stand side of the ground, every Roscommon supporter in the ground would have been happy to see the Western Gaels player run towards goal and either finish his own score, or to win a free.

Instead he drove with real intent, and once the chance opened up to shoot for goal, even from a very tight angle, he took it. It was a stunning strike, and one that grew out of the Dr. Hyde Park soil as it came from a goal-hungry approach.