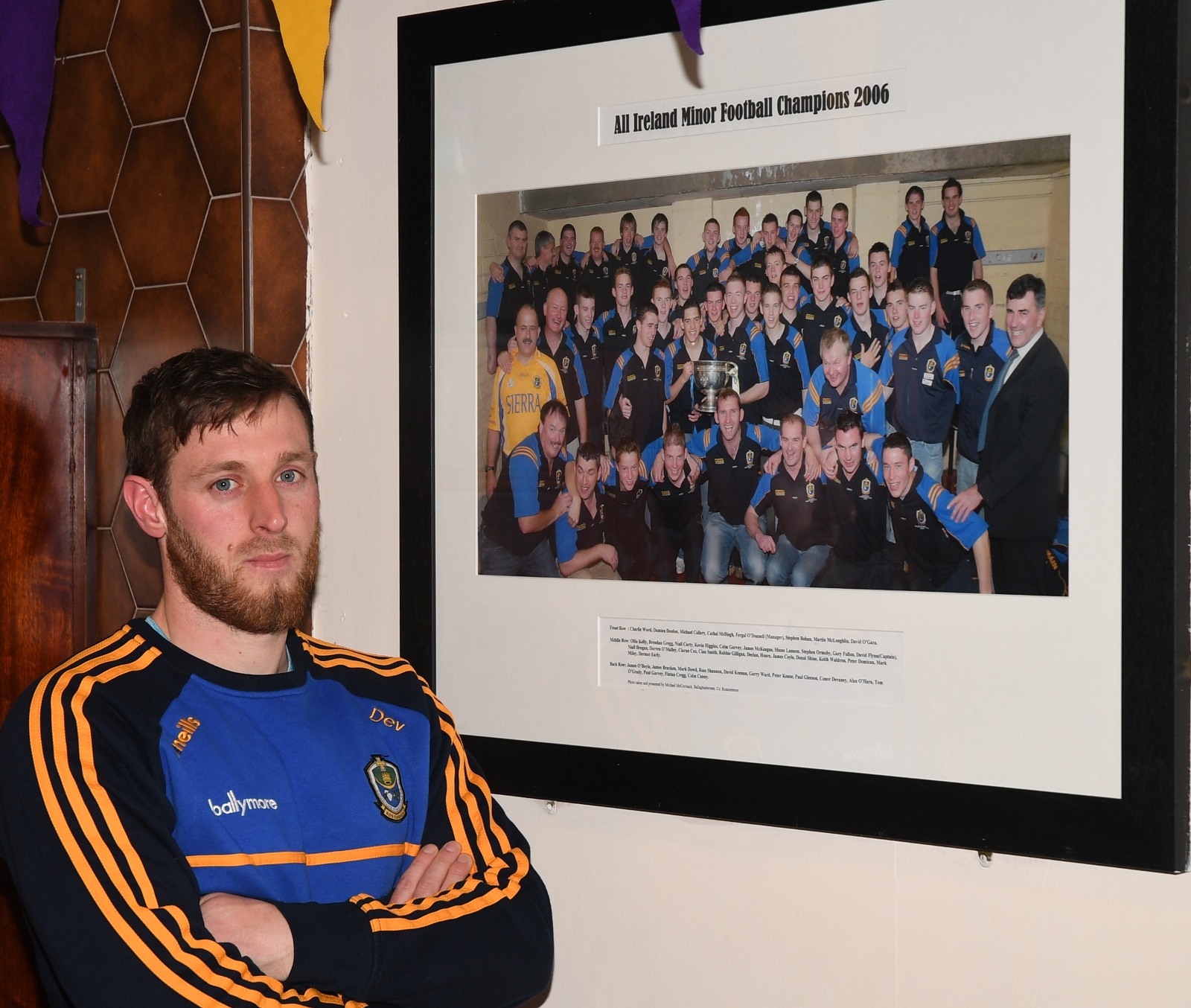 BRING BACK THE GLORY DAYS: Conor Devaney pictured at the team’s press night ahead of Sunday’s Connacht final against Galway. Picture: Gerard O’Loughlin

There’s nothing like putting one’s head on the block at the outset. So whisper it quietly — Roscommon have a serious chance of becoming provincial champions when what has become their annual joust with Galway on Connacht football’s big day takes flight from Pearse Stadium, Salthill, on Sunday next at 4 p.m..

The narrative since beating Mayo for the first time in Castlebar since 1986 has, in the main, zoomed in on the failings of James Horan’s side. It must be music to Anthony Cunningham’s ears.

Within in the county, on the back of such a big result, there is, inevitably, expectation. Can Roscommon take out the “big two” in Connacht for the first time since 2001? Can the same level of performance be replicated against a Galway side that have yet to catch fire in this year’s championship? Maybe Kevin Walsh’s charges were saving their best for Mayo. But Roscommon still know that the mother and father of all battles await them.

For a start, Galway won’t be consumed by the complacency that infiltrated the camp two years ago when Roscommon played superbly to coast to an unexpected nine-point triumph. Roscommon were arguably in a better position last year at Dr. Hyde Park when Ciaráin Murtagh’s first-half goal laid the platform for the Nestor Cup to remain in the county. However, Galway threw off their defensive straightjacket in the second half and, led by Shane Walsh, paraded too much firepower for a Roscommon challenge that ran out of steam, and ideas. It’s a record Roscommon have been itching to set straight since.

The intrigue and interested has been ratcheted up on the back of Roscommon’s wonderful showing in Castlebar. Once again, Galway are sure to target Roscommon’s kickout but it would be inconceivable to think that less ball will come the Rossies’ way on Sunday. Any improvement in the possession stakes around the middle, and surely Roscommon have the firepower to take this contest to the wire.

Roscommon will be well prepared and are battle hardened for what’s coming down the tracks. It was obvious that, in the midst of the hoopla that greeted the victory against Mayo, the thoughts of players and management alike had quickly turned to Galway. It was as if the mantra being depicted was “no point in beating Mayo if we can’t follow it up with victory in Galway”.

Cunningham, in particular, was singing from that hymn sheet. He admitted that a dearth of consistency against the bigger teams hasn’t been Roscommon’s forte in recent years. His experiences in the game have taught him that smashing the Mayo jinx can’t be a one-hit wonder, otherwise what was the point in the first place?

And therein lies the unknown variable that makes this final different. Roscommon have form, as opposed to beating Leitrim and Sligo comfortably and hoping that it will be enough against Galway in other years. The Mayo game has buttressed the belief levels that they are good enough to win this game.

Conor Cox is virtually unmarkable at present. The Daly brothers and Conor Hussey have brought steel to the defence. But Seán Mullooly will need more help in dealing with Ian Burke and company, on the assumption that Damien Comer isn’t match fit.

Looking at the bigger picture, a seventh Connacht final this decade (including the replay in 2016) presents the opportunity to make it the most successful era for the Rossies since the seventies. Three Nestor Cups would be a satisfactory outcome, and it could have been more when one reflects on the nature of the narrow loss against Mayo in 2011, the draw against Galway in 2016 and the defeat against Galway 12 months ago. However, a record of played seven, won two, drawn one and lost four would leave a bitter aftertaste.

So, to put it simply, Sunday is massive, almost defining, in terms of what this team can achieve given its healthy age profile. They’re not a young team anymore. They’ve played in too many big games to let the occasion get the better of them. Win on Sunday, and there will be a correlation between this success and the four Connacht U-21 titles earlier this decade. What’s more, it sets them up for crack at something more substantial in the All-Ireland series down the road.

A huge Roscommon crowd is expected to make the journey westwards, despite the unsatisfactory access issues with the venue. They will have every reason to believe that their team’s season has been geared towards this year’s provincial championship. The performances against Leitrim and Mayo back up that theory.

It will take a mammoth effort, but Roscommon’s greater strength-in-depth breeds confidence. The manager hasn’t paid any attention to previous reputations. All he has been interested in is players that will work themselves to a standstill in the knowledge that the bench is good enough to finish the job.

The same mantra will be applied again on Sunday. If Roscommon can increase the percentage points in the possession stakes, their economy and firepower can take care of the rest.