Triumph based on substance and steel 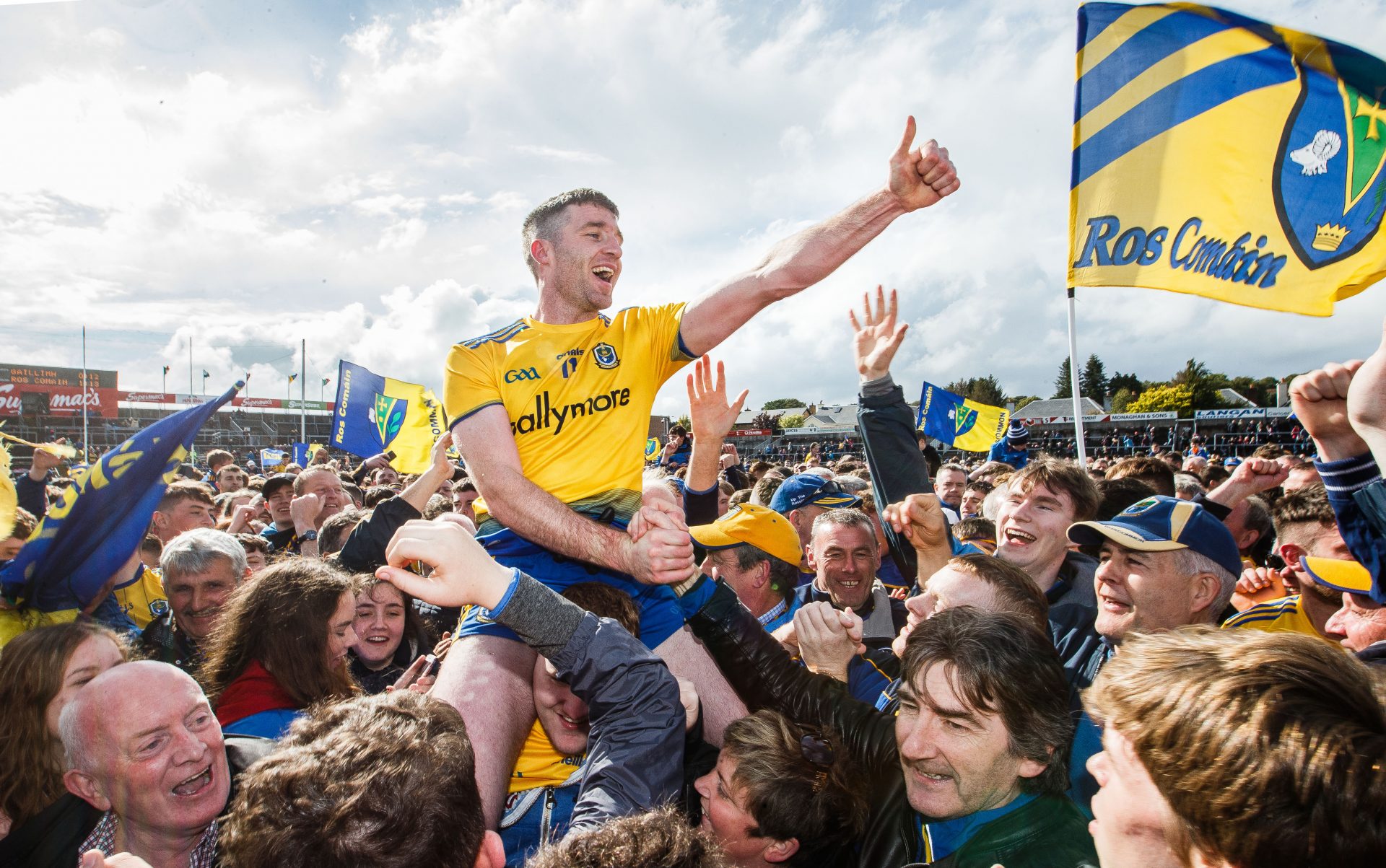 The turf isn’t off the bog, and Roscommon are Connacht champions. It adds a surreal element to a provincial final triumph based on substance and steel.

There were snapshots that will live long in the memory. Captain in 2001 and former manager Fergal O’Donnell, his wife Marie and their children, perched at the back of the stand, celebrating with gusto at the final whistle. Lifelong supporter Chris Giblin, who has only missed one championship match in his lifetime, outlining how he never lost faith when a crisis loomed. A sea of “Primrose and Blue” taking ownership of Pearse Stadium’s lush green sward, making Salthill their theatre of dreams.

Two years ago, Galway never showed up. Roscommon did, and the procession towards an unexpected triumph, defined by attacking flair and creativity, was decorated with wonderment. A team relegated from Division One had been crowned provincial kingpins.

It was a case of déjà vu on Sunday but this one felt different. For a start, Galway knew what was coming but when there’s no flexibility in your gameplan, the 5/2 odds in the Tribesmen’s favour seemed overly generous beforehand.

On the other hand, despite what the bookies were saying, the Roscommon public expected. Beating Mayo for the first time in Castlebar for 33 years does that, and although the heavens opened just before half time, the Gods smiled on a Roscommon team that wouldn’t take no for an answer.

Sunday’s 1-13 to 0-12 represented a victory for defiance and for facing up to the odds when they’re wildly against you. When was the last time a Roscommon team came from five points down at half time in a match of this magnitude, in the glare of the national spotlight, and prevailed with a swagger? When was the last time a Galway team, on their own ground, was confined to just two points in the second half — reduced to a rabble by the end of it all?

When the Roscommon support invaded Pearse Stadium in the 42nd minute, only to be hounded back towards the stand and terraces by Barry Cassidy and his officials, Plan B could have flashed up on the scoreboard. At least Roscommon had one, because Galway certainly didn’t.

This group of Roscommon players has experienced enough bad days to appreciate the magnitude of Sunday’s achievement. They didn’t want to be exposed defensively on the big stage again. When Roscommon County Board eventually stumbled across Anthony Cunningham as the man to replace Kevin McStay, they had a manger who would grant them their wish.

From 11 shots at goal in the opening half, Galway scored ten times. The economy that Mayo lacked in Castlebar, Galway had in abundance here. But it still wasn’t enough because Roscommon, when it was required, dictated the terms of engagement.

And it wasn’t a case of Roscommon hitting a glut of scores early on, and subsequently holding on. They were structured and methodical in everything they did in that second half. It wasn’t the free-flowing football we witnessed at the same venue two years ago, but it was just as effective. They probed for openings. They looked for the player in the better position. They held their nerve. It was a masterclass in footballing intelligence.

It was no harm to cause the odd row either — slow the game down and frustrate the life out of a Galway side gasping for oxygen. But it feeds into this team’s reserves of steel that resonates with a generation of Roscommon followers that became all too familiar with players that would never take a backward step at the height of their powers — Pat Lindsay, Harry Keegan, Dermot Earley. Now the Daly brothers, Conor Hussey and David Murray are keen to follow in their footsteps. It’s great to see.

Conor Cox is surely a shoe-in for an All Star nomination. Once again, he was brilliant on Sunday. What he does with the ball in hand can be mesmerising, rewriting the law of physics with an audacious point in the 11th minute. Then, that cockiness from his Kerry roots, in the last act of the melodrama  nailing a free with the outside of his boot, “fading” the ball like a top golfer off the tee.

Overall, Sunday was just another day for the ages, the sort of occasions that Roscommon people will never take for granted. Success on the field must now be backed by ruthlessness off it, devoid of interference and politics.

Get the Dermot Earley Centre of Excellence up and running, as promised, and do whatever needs to be done to enable Dr. Hyde Park host provincial finals. As the leading lights in Connacht, it’s the least the Roscommon GAA community, including players and management, deserves.

As for where this Roscommon team goes from here, that’s the wonderment and the sense of anticipation now. If Roscommon lost on Sunday, 2017 would have been classed as a “one hit wonder”. But the consistency, as Anthony Cunningham demanded in the lead-up to this decider, is being realised, to the point that, as provincial champions, an All-Ireland semi-final must be the next target for this group of players.

What’s more, bringing the Nestor Cup back to Roscommon for the second time in three seasons proves that there is a correlation between underage success and making it big on the senior stage. For some counties, bridging the gap has been beyond difficult. But Roscommon have always had that knack of translating great days at minor and U-21 level into seismic victories, like the one we witnessed last Sunday.

What makes the successes in 2017 and 2019 all the more remarkable is that Roscommon’s player turnover rate isn’t sustainable for a county with the sixth lowest population in the country. But here we are, punching above our weight as usual, defying expectations that the Meath and the Kildares of this world would love to emulate.

These are great, almost unprecedented times. Embrace them, and tell your friends all over the world what it feels like to be a Rossie this week. The euphoria, the pride and the satisfaction that a group of players we all hoped would deliver on their potential have stepped up to mark.

The turf can wait for another while yet.