Settling into a clear identity 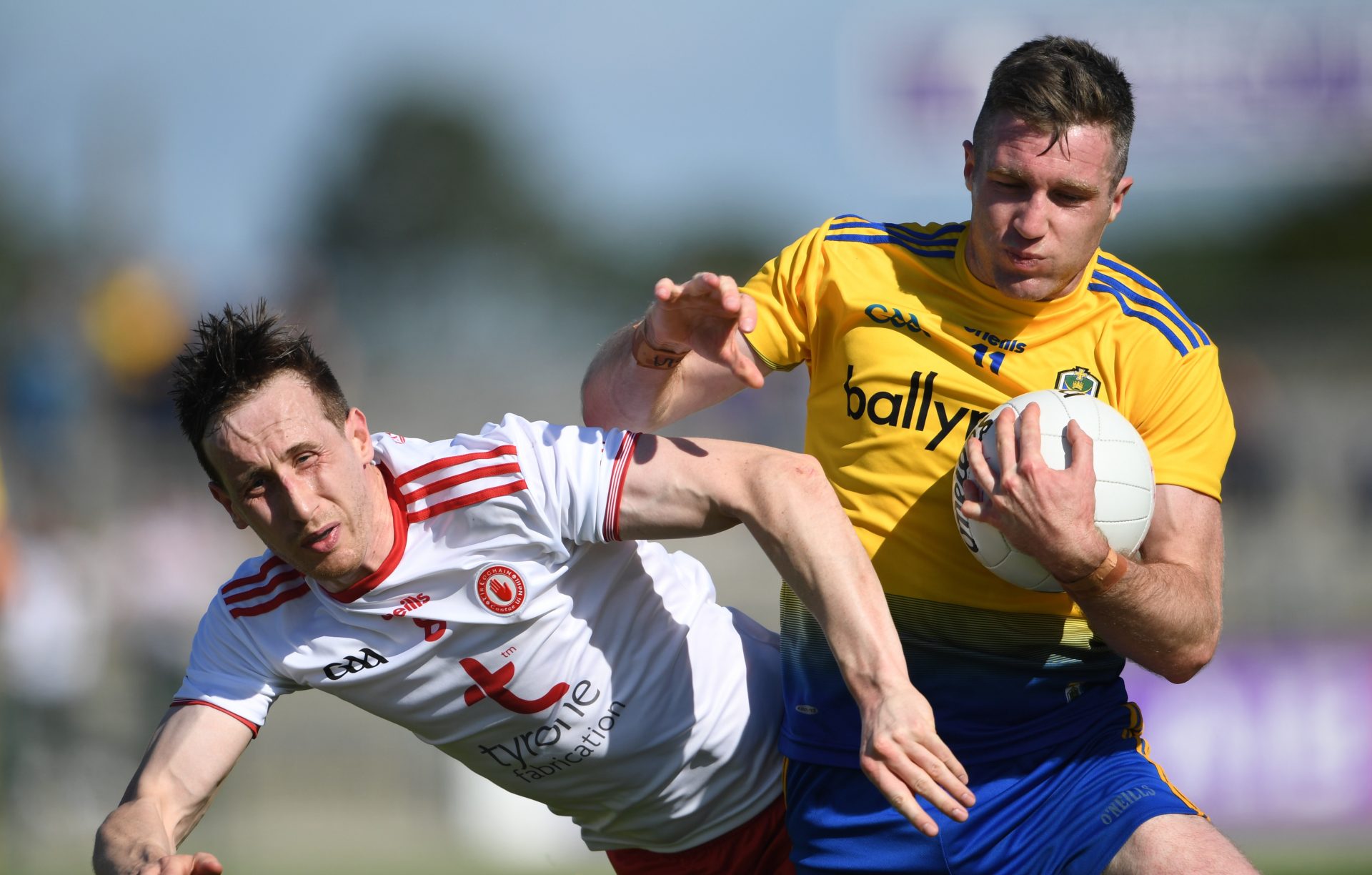 KEVIN EGAN argues that for Roscommon to take the next step, they must move away from the “plucky underdog role” and hone in on their sense of belonging at the top table…

In theory, Roscommon’s season is still very much alive and kicking. Two games still have to be played in the Super 8s series, and two positive results could very easily yield an All-Ireland semi-final berth.

In reality, it would take something of a miracle for Roscommon to come away with anything out of their trip to Dublin next Saturday evening, and it’s more than likely that by the time that game is over, Dublin and Tyrone will have the top two spots locked down and the August Bank Holiday trip to Cork will be nothing more than an academic exercise.

When this championship campaign is done and dusted, Roscommon will have played six championship games, just three of them meaningful. It may seem ridiculous to suggest that next week’s trip to Dublin isn’t of any real consequence, but right now the gap between Dublin and the chasing pack is so large that it’s hard to see Tyrone, Kerry or Donegal getting within ten points of Jim Gavin’s men, never mind Roscommon.

Consequently, it’s not unreasonable to take stock now, and to assess the journey that Roscommon have undertaken in the last 12 months, and the journey that now lies ahead as Anthony Cunningham and his players attempt to climb up the next rung or two of the ladder.

In pure footballing terms, it’s easy to identify a couple of key areas that could bring the general standards up by a point or two. Add Ciaráin Murtagh, Niall McInerney, Ultan Harney, Conor Devaney and possibly one or two more into the match-day panel and you have a lot more strength-in-depth, a lot more firepower on the bench and a lot more defensive cover.

Midfielders tend to be slower to mature than most other positions on the field so the extra championship experience allied to good coaching and guidance should bring Shane Killoran and Tadhg O’Rourke another bit further along, while the fact that the defensive structure looks a lot more solid should afford the team a decent opportunity to try and boost the scoring total a little bit next year.

At this stage in the Super 8s, Roscommon have the second-lowest points per game total of all the remaining teams, at 18.25 points per game in this year’s championship. Meath are bottom of the pile with 17.33, but their average is brought down badly by their tally of 0-4 in the Leinster final. They’ll fancy their chances next week against Mayo, while Roscommon will have to try and pick holes in the backline of the All-Ireland champions — so those bottom two places could easily reverse.

Getting to grips with a solid defensive plan was essential but now the focus has to shift back towards attack, and trying to get up around the 21 points per game level, where Kerry and Donegal reside. It speaks volumes for how football has evolved that this is the level of scoring required, and that’s before we get into Dublin’s ludicrous average of 26.25 across four games.

Yet if this year has revealed nothing else, perhaps the biggest challenge for Roscommon from here will be the need to try and settle into a clear identity, something that will help them feel like they belong at the top table.

Like a lot of other Irish sporting teams and GAA counties, Roscommon are very comfortable in the underdog role. Throw in a commentator or two “writing them off” (i.e. tipping up the opposition to win by a point or two) and they are comfortable, but that has to change. That mindset is ideal for smash and grab raids, but it’s not sustainable in the long run, as the mind and body runs out of that sort of negative fuel after a while. Moreover, as you climb the ladder, that sense of being dismissed or sold short is harder to feed, as commentators start to speak of you in a different way.

Malachy O’Rourke worked hard to get Monaghan to believe that they belonged with the best in Ireland, and Roscommon will probably feel that following the path of the Farney County is the only realistic option for them. However, much of that was underpinned by the fact that in Conor McManus, Drew Wylie, Rory Beggan and possibly even one or two more, Monaghan were well served with a number of players who could legitimately claim to be the best in Ireland in their position. Realistically, could any Roscommon player claim the same? In truth, no, or not yet at least.

Of the other established top tier sides, each one has a clear, well-defined identity. In Kerry it’s the “yerra” approach where an upcoming game against Waterford is treated like an All-Ireland, where the opposition is talked up, and all the while among themselves they still feel like anything less than winning the big prize is a failure.

Tyrone will always be the county who prides themselves on going further than their opponents in the quest for victory, as seen to particularly gruesome effect in some of the stories told in the Cathal McCarron autobiography and elsewhere. Even now, so ingrained is the mentality of play on the edge that Mickey Harte instantly substitutes most players once they get yellow cards, as he doesn’t want to see any player play within themselves due out of fear of a second sanction.

Mayo’s eternal optimism is their brand, and we all know that unlike most other counties, they’ll still bring a huge crowd for Sunday afternoon’s game in Croke Park against Meath, even though their race is effectively run.

If their team was composed of 15 elderly, retired people, they’d still find a way to get pictures of the Dalai Lama, Donald Trump and Vladimir Putin to hold up signs saying Mayo4Sam, and that sense of positivity, that anything’s possible, feeds through to players. By now their county is defined by their chase of the Holy Grail, and one wonders what will happen if they ever actually fall over the line?

Mayo players tend to buy into the idea that even if heartbreak is inevitable, they will take some scalps along the way and may yet be the ones to take down Dublin, whenever that does happen.

Meath still cling to remnants of the era when they were widely disliked, but were also well-capable of competing hard with Dublin, hoping that those glory days will return. Meanwhile Galway footballers continue to struggle to fit into a scheme and an ethos that isn’t natural or innate to their nature, and consequently Kevin Walsh is unlikely to continue his role for another year. While other counties prove the value of having their own unique brand, Galway’s current malaise shows what happens when players feel uncomfortable in the role in which they’ve been cast.

It’s imperative that Roscommon figure out what their identity might be, as the plucky underdog role will only take them so far. Particularly in Division Two of the league, where they will be favoured for every game, they will require a new mindset. Saturday evening proved that the team has come a long way, but now the challenge of finding those next few inches gets underway, and that will require a lot more evolution than some people realise.