Trust these players to get up and go again 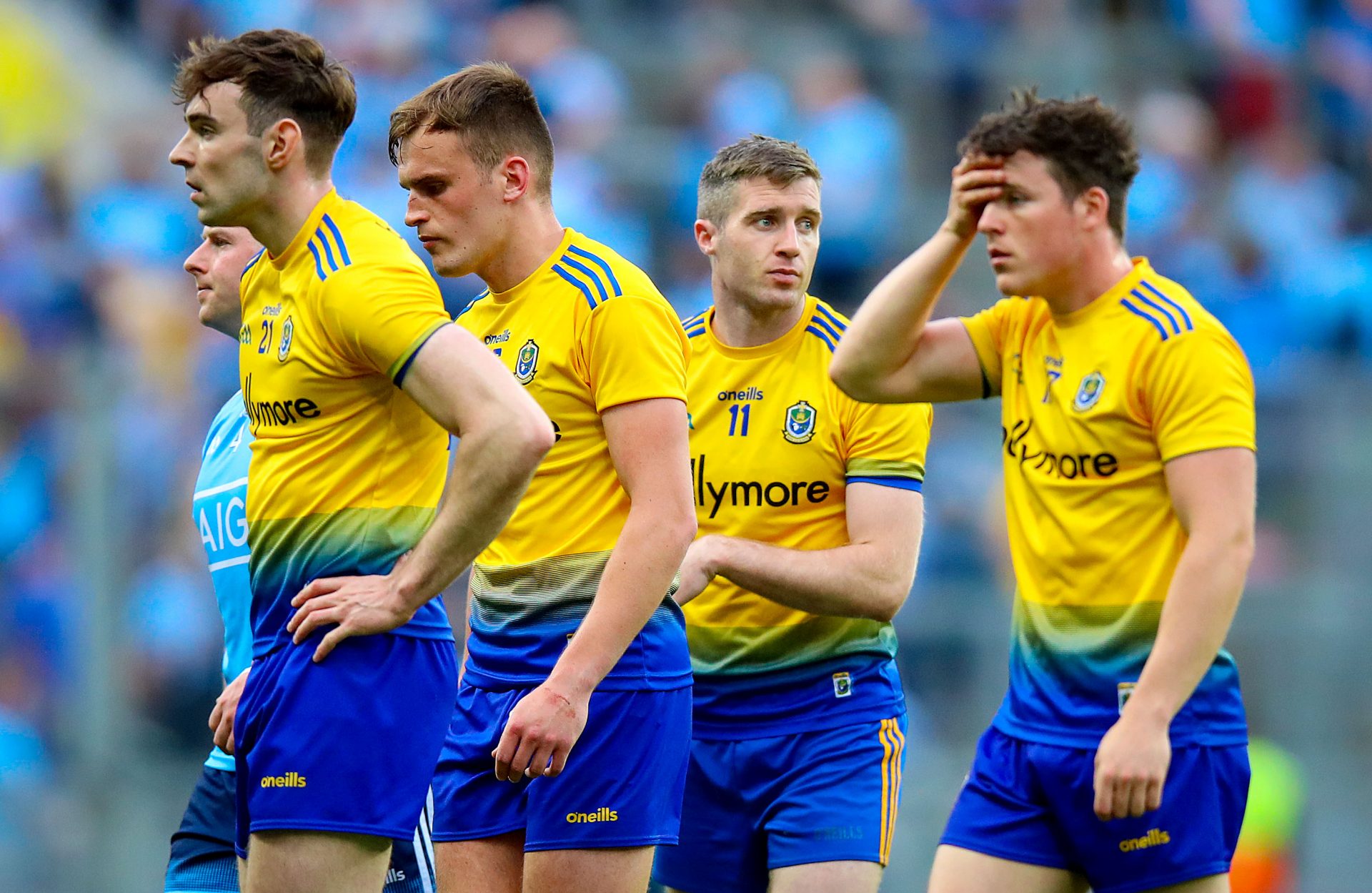 Conducting post-match analysis on the latest team to play the part of roadkill underneath the wheels of the greatest juggernaut that the GAA has ever seen is not unlike trying to give a detailed rundown on the site of a devastating natural disaster. No matter how hard you try to be measured in your description, it’s impossible to look past the sheer horror of it all, and wonder at where the rebuilding project can even start.

What Dublin do to teams these days can only be compared to an earthquake, hurricane or volcanic eruption, and based on the evidence of the weekend as a whole, it’s entirely possible that Dublin will complete their five-in-a-row without any team keeping the margin of defeat to a single-figure number. Vesuvius may have erupted on Pompeii, but it’s not like any other city would have done better at blocking out the lava.

There was a lot to like about the Donegal v Kerry game, but when it’s compared to the relentless and ruthless attacking aggression of this Dublin side, one suspects that it would need to be a team picked from the cream of both counties if Jim Gavin’s men were to be truly tested.

Yet amidst the carnage, there are crumbs of comfort to be salvaged, and ironically, further evidence of progression for Roscommon.

Last year the county took on the Dubs and lost by 14 points, while this year the margin was four points heavier. That said, it shouldn’t be forgotten that last year, Roscommon played an understrength Dublin team that were already assured of progression. Ten of the 14 outfielders that started Dublin’s 4-24 to 2-16 win last August (including all six forwards) were dropped for the subsequent All-Ireland semi-final against Galway. This time Jim Gavin aimed all of his firepower at the Rossies, and it showed.

A hallmark of Dublin’s play this year has been the consistency of their approach. Much was made of statistics like their first half against Cork where they turned 12 scoring chances into 2-9 on the board. This is down to their sheer discipline and patience, which means that they invariably work the ball into positions where a score is little short of inevitable, rather than shooting from distance. Their pace, support play and strength on the ball means that they rarely get turned over and while Roscommon’s tally of turnovers won was incredibly low on Saturday at around a half a dozen, they did occasionally ask Dublin to produce more moments of magic in order to get scores.

Paul Mannion’s pass across the goal into Dean Rock, Con O’Callaghan’s catch and point in the first half, Brian Fenton’s effortless run and kick, Mannion’s majestic strike shortly before half time — Roscommon could almost take a perverse pride in the fact that Dublin deemed them worthy of their full-bore assault this time around.

Other counties have just been ground to a pulp by some relentless running play, but Dublin usually had to do a bit more here, even after Conor Daly’s dismissal stacked the deck even further in favour of the home side.

Even so, there were several phases of the game where the Connacht champions fared well. Darren O’Malley’s restarts, albeit with plenty of short ones in the mix, usually found the mark. Conor Cox put himself back in the conversation as an regards All Star nomination with a fine solo display that featured three excellent points from play, and in the half-back line two relatively inexperienced players in Conor Hussey and Ronan Daly, not to mention the far more established figure of Niall Daly, actually outscored and arguably outplayed their direct opponents.

None of that can mask the fact that there was only ever going to be one winner of the contest, or that the Roscommon players had to endure an incredibly traumatic afternoon – but two years ago, the team suffered through a crushing All-Ireland quarter-final replay defeat to Mayo. Last year’s Super 8 clash with Tyrone was no less traumatic, and now this —and yet, each time, this group banks the experience and comes back renewed and refreshed.

Speaking on Newstalk radio, commentator Máire Treasa Ni Cheallaigh — a Galway native — asked former Armagh footballer Oisín Kernan if perhaps counties like theirs were better off on the outside of the Super 8s and looking in, rather than having their confidence pummelled and their mental strength battered in the white heat of championship battles like this one. Kernan was unequivocal, saying that there were plenty of times in league and championship when you got to play teams of your own level, but it was only by stepping up in class that you can really develop as a group, or as individuals.

Kernan also raised the issue of the ten frees that Dean Rock scored and how Roscommon didn’t help themselves with indiscipline, and certainly there were a handful of un-necessary fouls committed by players in yellow jerseys. On the other side of the coin, several of those frees came from genuine attempts to tackle with intensity, or despairing tackles close to goal, where anything less than a stop of the Dublin player might have led to even more severe consequences.

Ten frees also means that 2-16 came from play, and at that level, the problem is neither an excess of timidity or robustness in defence, it’s the sheer volume of chances conceded. Those 28 scores didn’t include ten wides, three shots dropped short, or Con O’Callaghan’s goal attempt that bounced back off the goalpost. More than the defence is at fault if you concede 42 scoring attempts.

The next six months will afford Anthony Cunningham and his selectors ample time to consider these matters and more in great detail. For now, they will be sorely tempted to survey the scene and look on it in the same way as a homeowner who has just seen their master bedroom fly off in the eye of a cyclone, but that feeling shall pass.

What will remain is a sense that when Dublin are removed from the equation, very few counties are significantly ahead of where Roscommon are now. The sense of hurt and disappointment will subside as the natural competitive spirit of dedicated athletes slowly replenishes, and they’ll come again.

After all, when you’re knocked down, what else is there to do but get up and go again?