There comes a stage in every team’s season where the term “defining game” is bandied about, and while it would be unfair to describe the Roscommon intermediate ladies’ team’s All-Ireland semi-final against Meath on Saturday next as a pivotal game in this side’s development, given their steady upward trajectory under Michael Finneran, there is a growing sense that something special isn’t too far away under the former Roscommon midfielder’s stewardship.

Roscommon will be stronger than the 3-18 to 2-5 drubbing inflicted by the Royal ladies in last year’s corresponding fixture at Dr. Hyde Park. But there was such a gap between the sides that day, especially in terms of physicality, that it will be some achievement if the Leinster side could be reeled in within the space of 12 months.

Even earlier in the league this year, Meath were far too strong when the sides crossed paths for a fourth time in just over a year. But in the immediate aftermath of his side’s recent eight-point victory against Kildare, Finneran hailed his side as “summer specialists”, and that’s where Roscommon’s main beacon of hope lies.

This team have improved with every championship outing, and among the group there’s a quiet confidence that they can unleash something worth waiting for in Nowlan Park on Saturday next at 4 p.m. (live on TG4).

There’s also the sobering reality that, as good as Meath were in the Hyde, Roscommon never showed up, something that Finneran bemoaned afterwards.

“We didn’t bring our game today. We’re very disappointed. It just didn’t really happen for us and I can’t say really say much more than that. The girls know it in the dressing room, and they’re really disappointed,” he admitted.

That feeling of not doing themselves justice will be a massive motivational tool on Saturday. But the players can’t be consumed by it. Finneran has always talked about the future, about not looking back and the hope that Roscommon will be competing for national titles sooner rather than later.

He also knows that Roscommon, despite remaining vulnerable in defence, have more potential match winners up front, and his side will always back themselves in a shootout. Siobhán Tully’s return to the team has added pace and purpose, and her direct running will always attract defenders’ attention.

Since Natalie McHugh’s return from injury, there has been less responsibility on the Kilglass Gaels player’s shoulders in terms of grabbing scores, as the in-form Rebecca Finan has taken over free-taking duties. As a result, McHugh’s footballing intelligence in possession has reaped a rich harvest for those around here.

Then there’s the arrival of this year’s minor captain Aimee O’Connor. The St. Dominic’s player is still learning her trade at this level but there’s little doubt that she has all the attributes to be a “match winner” on any given occasion.

But while Roscommon’s scoring potential can’t be disputed, it’s what happens further back the field that may well decide if a first intermediate final beckons for this group of players. Honor Ennis has been enjoying an excellent year, and with Alice Kelly and Joanne Cregg dropping back into the half-back line from the more advanced roles they occupied in 2018, Finneran has tried to address some of the team’s perceived defensive frailties.

Saturday will be the day to ascertain if the correction action is deemed a success. Stacey Grimes has been abroad for the summer and it remains doubtful if Meath’s greatest scoring threat will return to Royal shores in time for Saturday’s contest. But in Vikki Wall, Megan Thynne, underage star Emma Duggan and Fiona O’Neill, last year’s beaten finalists still have a healthy quota of players to test the “Primrose and Blue” rearguard.

The bookies will make Meath favourites, and rightly so given that their Division Three League success earlier this year has maintained the form that brought them all the way to Croke Park in 2018.

They’ll be determined to return to GAA headquarters and set the record straight, but Roscommon might just have something to say about that. 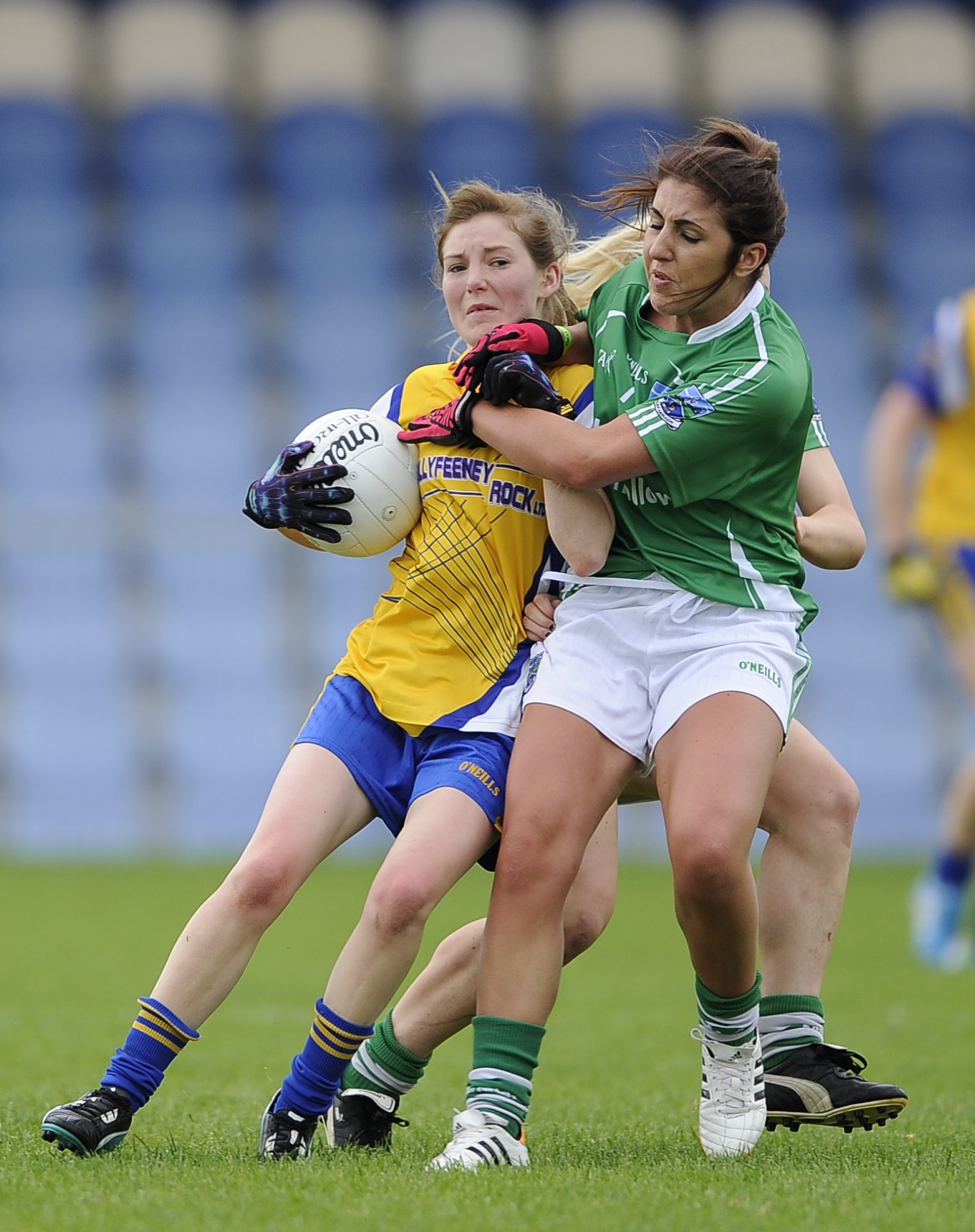 Siobhán Tully, seen here in action during the 2014 All-Ireland semi-final against Fermanagh, will be one of Roscommon’s key players against Meath on Saturday next. Picture: INPHO