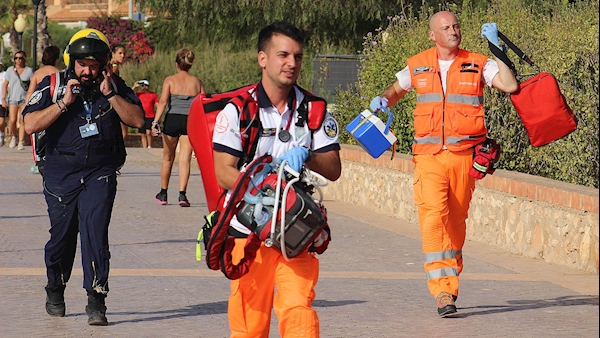 A three-year-old Irish boy who was found unconscious in a pool in Alicante in Spain yesterday morning has died in hospital.

The youngster was holidaying with his family in the Cabo Roig area about 10k from Torreivieja on the Costa Blanca when the tragedy unfolded. The boy, who is the youngest in a family of three from Mallow, Co Cork, got into difficulty in a pool at the Aquamarina urbanisation pool in Oriheula.

The alarm was raised shortly after 9am yesterday when a man went for a swim in the pool and thought there was an inflatable toy floating in the water. Tragically, when he swam closer he realised that it was a small boy.

He immediately raised the alarm. The youngster’s family realised that he was missing and they rushed to the scene. It is believed that he slipped away from his grandparents briefly and fell into the pool at around breakfast time.

Paramedics did everything in their power to assist the child and he was rushed to Alicante General Hospital in an unconscious state. He responded after CPR and his vital signs were restored. However, tragically he lost his battle for life surrounded by his family.

The Councillor for Public Safety, Ramón López, said that he wanted to commend “the rapid action of the agents of both the Local Police and the doctor from the health centre who were able to stabilise the child despite him being without oxygen for some time.”

The death is being treated as a tragic accident. The Department of Foreign Affairs will provide consular support to the family.

Fine Gael Councillor in Mallow John Paul O’Shea said that the family of the young child were not known to him. However, what has occurred is “every parent’s nightmare.”

“The thoughts and prayers of the people of Mallow are with them at this time.”