‘League progression needs to be a priority’ 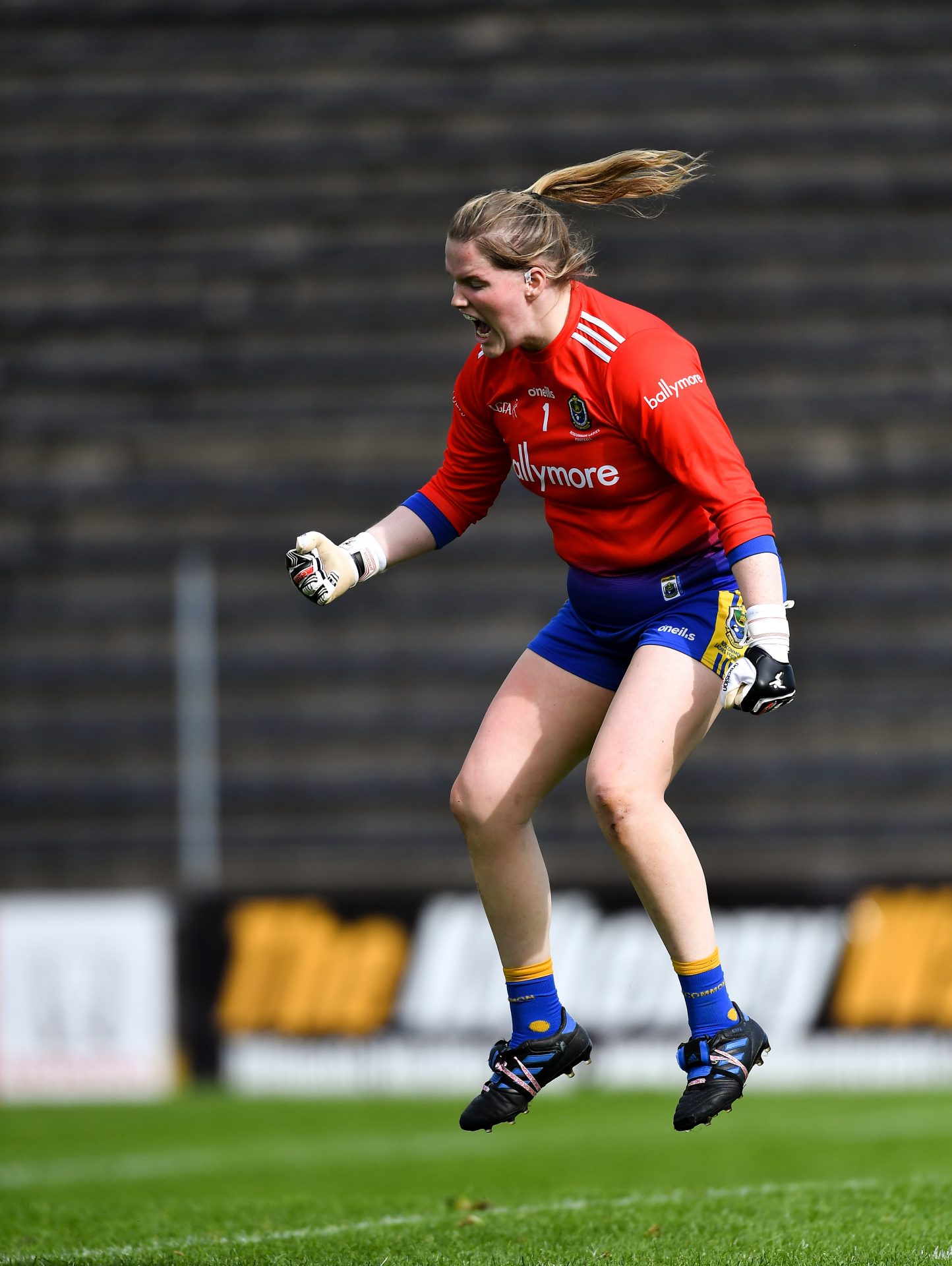 While Meath celebrated in the centre of the Nowlan Park field, the Roscommon intermediate ladies’ players were dotted all across the playing pitch, their expressions ranging from sombre to devastated as they reflected on another All-Ireland semi-final defeat that highlighted the huge amount of work that remains to be done if they are to give themselves a real chance of climbing out of the intermediate ranks.

Manager Michael Finneran did break into a smile, but only to greet his niece Onagh, who ran across to jump into the arms of her uncle.

But the question she asked — “Why didn’t ye win?” — saved this reporter the effort of thinking of a first question to put to the St. Dominic’s man.

Onagh listened on from the side as he gave his verdict.

“They were ahead of us in a few different areas without being a huge amount ahead of us. The margins were tight, but Meath got on top in a lot of those tight margin areas,” was the former Roscommon midfielder’s initial verdict.

“They got their goals and we didn’t, and it wasn’t that we didn’t have chances. It’s not that they were clearcut, easy chances and their ‘keeper made some really good saves, so the momentum seemed to be with Meath all day long.

“We did get ourselves into the game a few times and we just need to be able to shut up shop for a few minutes and be a bit more composed on the ball.

“I wasn’t happy with the way we moved the ball when attacking. It wasn’t as good as the way we have been moving it. I think that led to turnovers and when you get turned over, you’re going to be vulnerable for goals.

Meath’s counter-attacking and running play cut Roscommon open time and again. Finneran admitted that he knew this was the approach that the Royal County would bring to the table. But that didn’t make it any easier to solve the conundrum.

“We knew the way they were going to play but it’s one thing knowing it, it’s another stopping it. If they only had one or two players who were key to their ability to carry the ball out of defence it might be easy to stop. But every one of their players was in support when they looked to do that and that meant they always seemed to get out, even when we pushed up on their kickout. They did get out on us and once they did, they had good enough players to cut us open,” he dissected.

Looking at the bigger picture for the year, it would be easy to argue that Roscommon neither progressed nor regressed in the last 12 months, given the similarity of their results, but Finneran disagreed with this assertion, while saying that the 2020 league campaign would be a crucial competition for his players.

“Winning a Connacht title was massive, because there was more pressure this year having won it for the first time in a long time last year. Before that the league was a mixed bag and we never really performed too well if we’re being honest.

“Our championship performances were quite good. In the Connacht championship, we were very good against Leitrim and Sligo, and we were good in the All-Ireland series, up to today. And we weren’t far off it today, we were just a bit off it. All in all, it was a positive year but to go forward and take the next steps, we’re going to have to see improvements in league performances as well, so we can get used to playing regularly at a higher pace.”

He pointed out that “We did get to blood a lot of players and that was a big positive for us”.

“If it had gone the other way and we chased performances, we wouldn’t have blooded as many players and then you would have gone into the championship light in terms of strength-in-depth. I would say we were right to do things the way we did, but pushing on, it’ll have to be a bigger focus on starting quicker and getting up through the divisions,” he concluded.