This year’s event takes place on Sunday, September 14 in The Helix in Dublin. She will be hoping to emulate the likes of former Miss World Rosanna Davidson and former model Michelle Rocca, both past winners of the event.

Luchia, who divides her time between her home in Clare and her adoptive base of Sydney in Australia, was selected as the Roscommon representative due to her connections with the county, after defeating a number of contestants for the Miss Roscommon title.

Luchia’s connections to the county are through her maternal grand-aunt Mary O’Dwyer of Kilkenny, who married Roscommon man Tom Finnerty when they met in London. The couple later went on to raise a family in Roscommon.

Sadly, Tom passed away some years ago, while Mary currently resides in the Sacred Heart Hospital in Roscommon.

Luchia is a regular visitor to Roscommon. Her second cousin, Pat Finnerty, now runs the family farm, located between Tulsk and Roscommon Town, while his brother John lives in Luton in England, where he moved to play rugby.

“I was one of a number of independent women who applied for the competition,” says Lucia. “I was selected by the Miss Ireland team following an adjudication process and will be among 35 other contestants at the final.

“I applied directly to the Miss Ireland panel. I was a latecomer, having just returned home from Sydney, where I spend a lot of my time. I had an interview, and luckily I have been shortlisted for the finals.

“This year was my last year to be eligible for the competition. I’m 27 years of age and the criteria for entering the competition is that one has to be 27 years or under, unmarried, of good character and have no children.

“While in Sydney, I recently organised a big fundraising event, which featured 35 different well-known rugby players.” 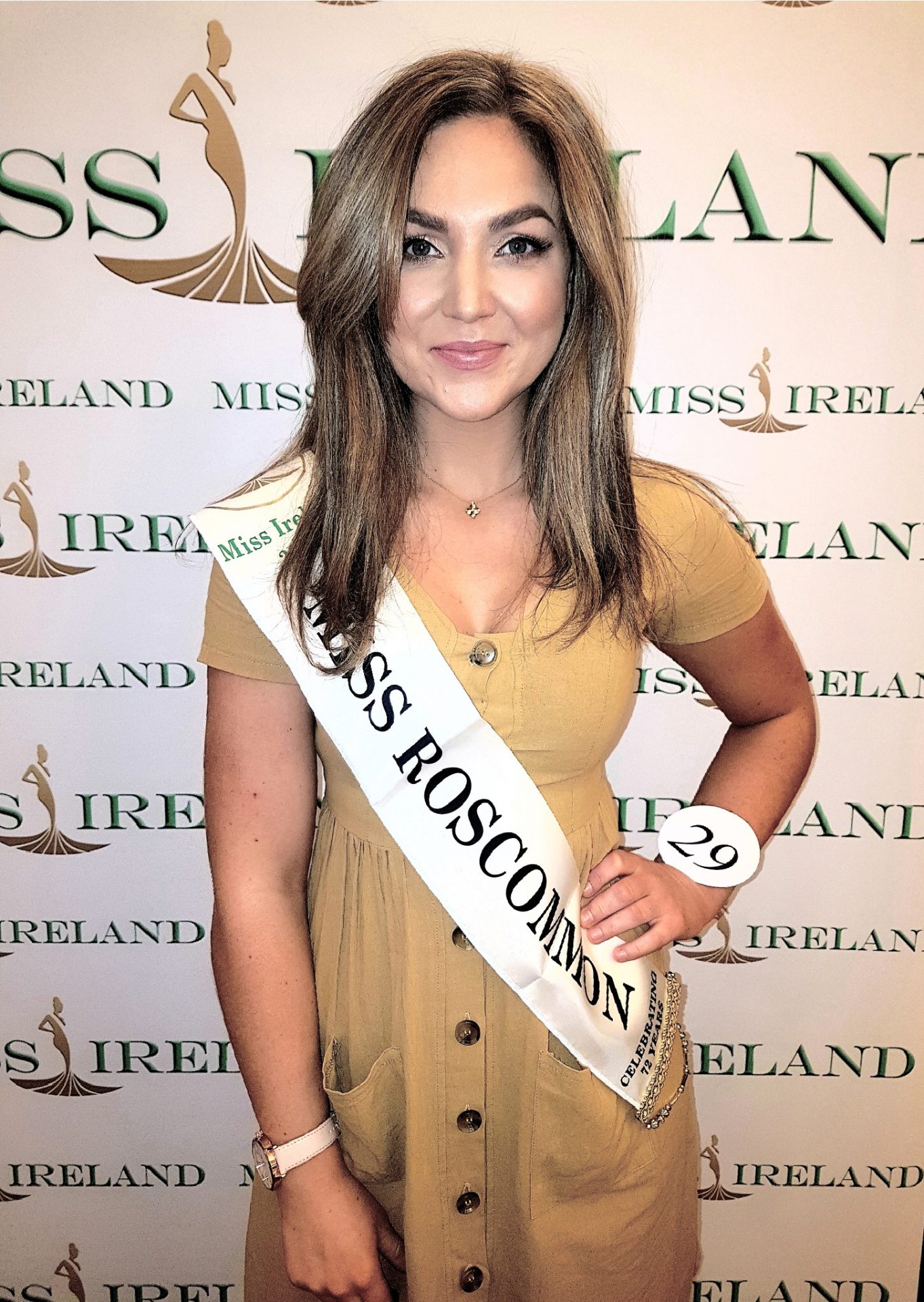 Living in Mountshannon in Co Clare, Luchia works for a film and TV Irish owned production company in Sydney called Eire Films: “I divide my time between Sydney and Ireland. In Dublin, I work in the Cafe du Journal in Monkstown, Dublin.

“I want to fly the flag for Roscommon in this year’s competition and bring publicity to the county and promote the county in the best way I can. I would also like to get involved with Roscommon-based charities.

“I was selected a few weeks ago, so I’m kind of ‘flying blind’ at present! But I’m looking forward to the whole experience.

“I feel being Miss Ireland would give me a platform to do good, particularly representing Roscommon.”

I was selected a few weeks ago, so I’m kind of ‘flying blind’ at present! But I’m looking forward to the whole experience.”