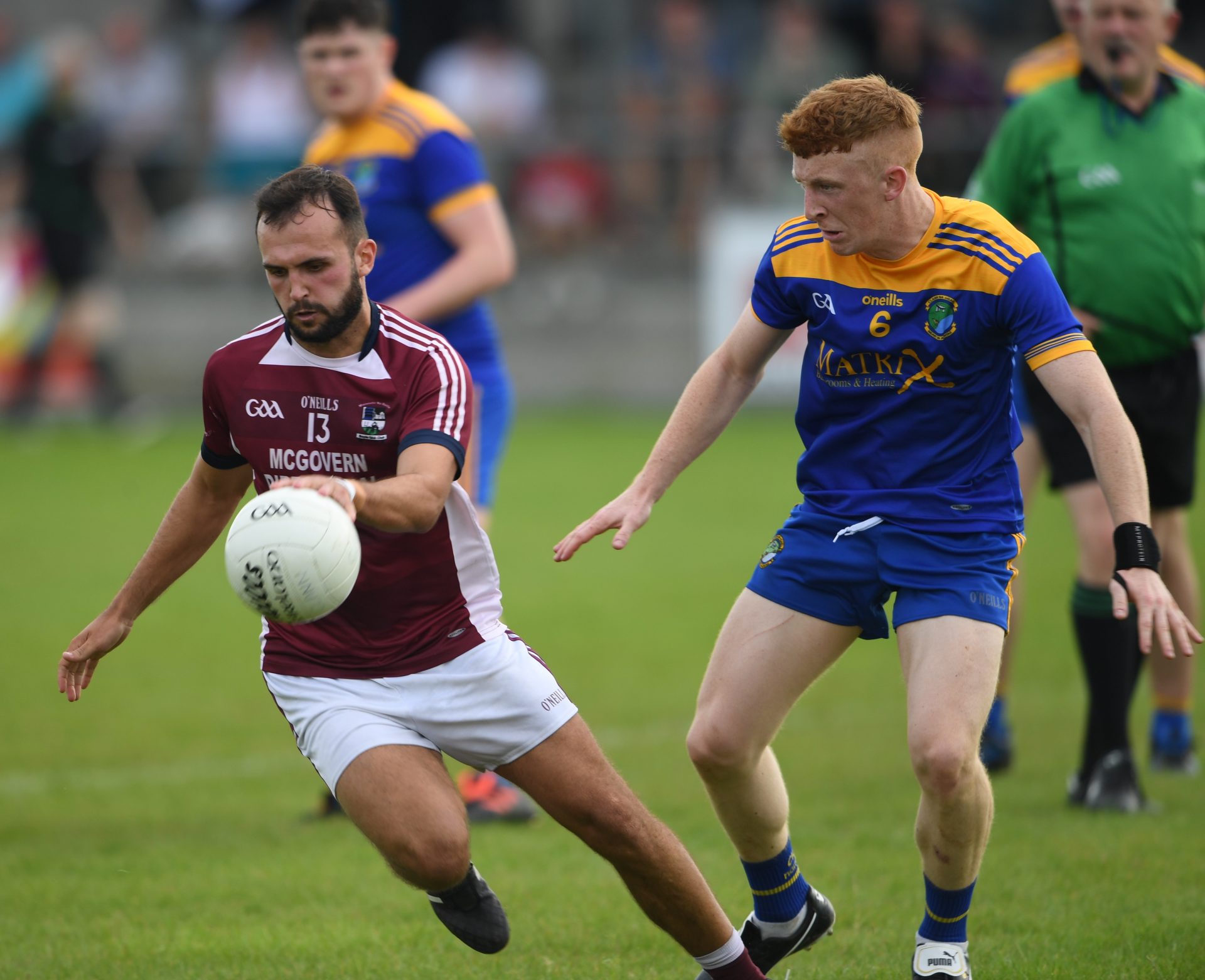 Donie Smith’s tour-de-force all but eliminated reigning champions Clann na nGael from the race for this season’s Fahey Cup.

The Boyle forward hit an incredible tally of 1-15 as the North Roscommon club hammered Feargal Shine’s side, 2-26 to 1-8.

Last year’s beaten finalists St. Brigid’s remain on life support as they could only share the spoils with last year’s intermediate champions Fuerty. It finished 0-10 apiece in Kiltoom on Friday evening.

St. Croan’s put a poor display in the opening round behind them to see off Elphin, with Damien Goggins grabbing a late goal to see the home side over the line at Enfield on a scoreline of 3-9 to 1-12.

Roscommon Gaels are very much in control of their own destiny as another polished performance saw off St. Faithleach’s in Ballyleague, 0-17 to 2-7. Keenan Beirne’s injury-time free rescued a draw for Strokestown in their match against Michael Glaveys in Ballinlough.

Padraig Pearses saw off 13-man Western Gaels by 1-10 to 0-10 at Athleague. The game was marred by a lengthy stoppage for a head injury sustained by Lorcan Daly. Hubert Darcy’s penalty proved to be the decisive score as Pearses’ quest for a first senior crown continues.

In the intermediate football championship, there were wins for Tulsk, Creggs, Castlerea St. Kevin’s, Shannon Gaels, Kilmore and St. Dominic’s.

*Pick up a copy of this week’s Roscommon Herald for reports on all 12 games in last weekend’s senior and intermediate football championships.