Roscommon’s loyal camogie community celebrated a fantastic 2-10 to 1-8 All-Ireland U-16 championship triumph against Kerry at Sixmilebridge on Sunday afternoon.

It was the first national title at U-16 level for the county as the team managed by Mary Grehan, Paula Miley and Mairead O’Beirne staged a superb second-half recovery to reel in a Kingdom side inspired by Amy O’Sullivan who accounted for all of her side’s scores.

Trailing by 1-6 to 0-3 at the break, Roscommon goalkeeper Ellen Cafferkey denied O’Sullivan from a 33rd minute penalty. Goals from Ciara Kilcommins and Anna Campbell set the “Primrose and Blue” recovery in motion before late points from joint captain Niamh Fitzgerald, Kilcommins and Siafra Finneran (3) procured a famous victory.

“It’s the most amazing feeling. As a player, it’s exceptional to win an All-Ireland but when you’re involved with a young group of girls, and we’ve been involved for the last few years, it’s just amazing. We said to them three years ago that they’d win an All-Ireland at U-16 level, so to actually do it — I’m lost for words really. They’re just a special group of girls,” explained Mary Grehan.

“We went up to Dublin two years ago with these girls, and we were beating the likes of Dublin and Carlow who are very, very strong. Where I see a future for these girls is winning an All-Ireland in Croke Park. That’s what I envisage for them. We had a very good group last year, and we have another very good group of girls coming up along the way, so I think Roscommon has a lot of good days to look forward to with them when they get to adult level,” she concluded. 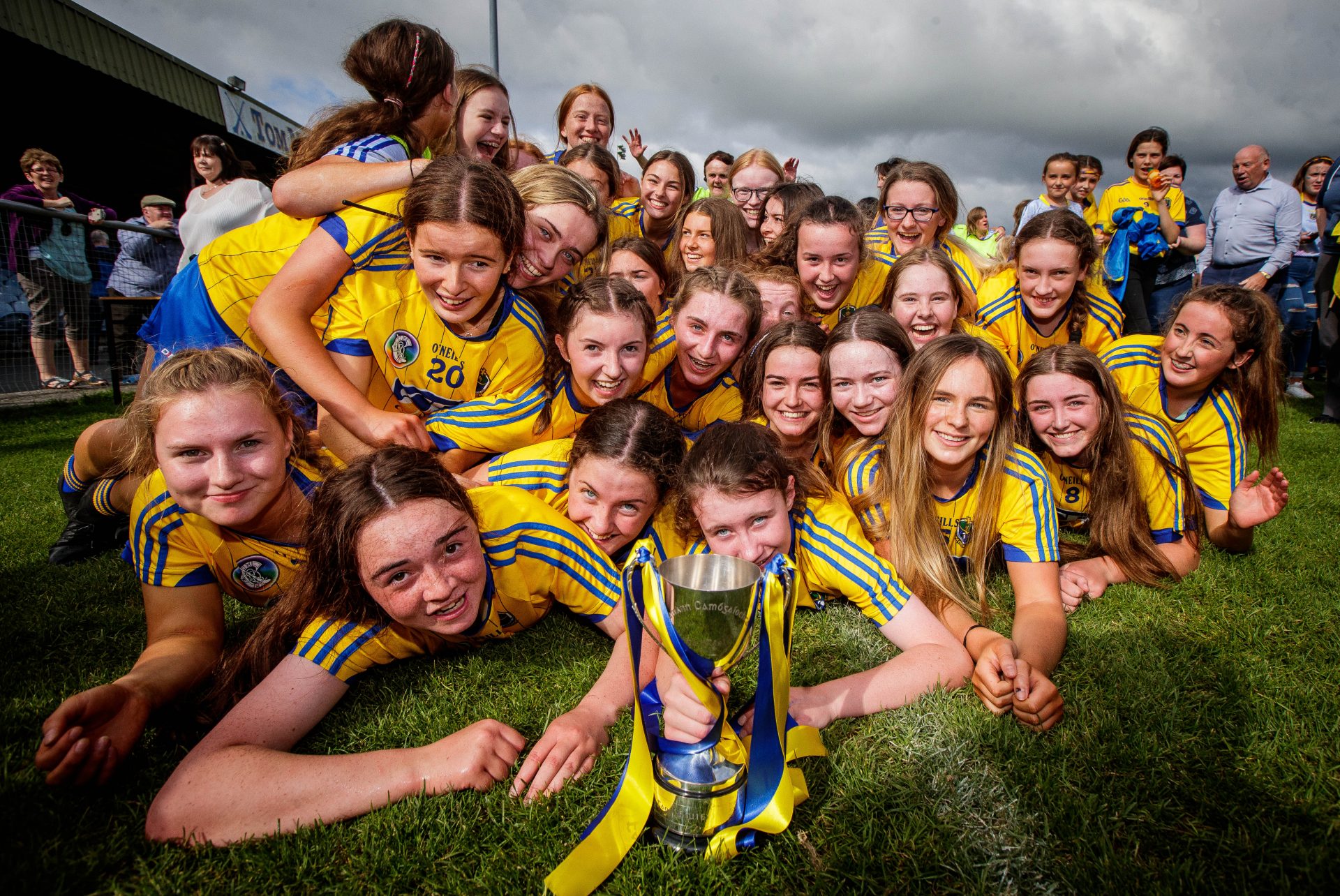 WE DID IT: The Roscommon U-16 camogie panel celebrate Sunday’s All-Ireland final triumph against Kerry at Sixmilebridge. Picture: INPHO/Ryan Byrne