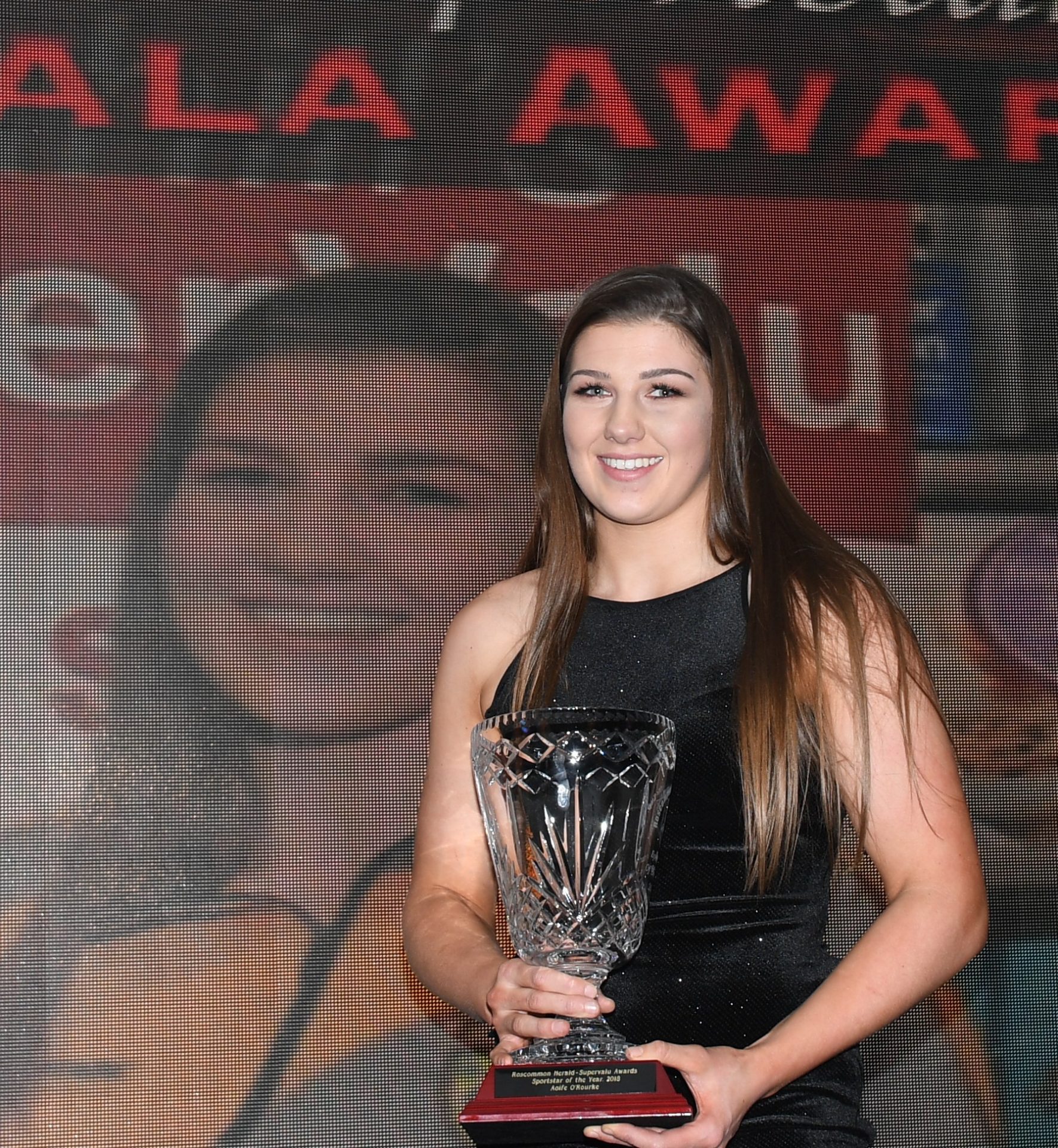 European boxing champion Aoife O’Rourke after being crowned Roscommon Herald/SuperValu Sportstar of the Year for 2018 in January.

President of Ireland Michael D. Higgins and former Olympic champion Katie Taylor have led the tributes to Castlerea boxer Aoife O’Rourke who won a gold medal for Ireland at the European Elite Boxing Championships in Madrid on Saturday evening.

O’Rourke produced a superb display to defeat Polish southpaw Elziebta Wojcik on a unanimous decision, becoming the only Irish boxer since Taylor to win a gold medal at these championships.

“Aoife was phenomenal — a brilliant performance and she’s made history for such a young woman. She has a great future ahead of her — the future is green.”

O’Rourke has been part of the Irish Athletic Boxing Association’s (IABA) High Performance Unit for the last number of years and will be targeting a place at next summer’s Toyko Olympics.

Earlier this year, she was the overall winner of the Roscommon Herald/SuperValu Sportstar of the Year awards.

In 2018, the Tarmon native won Irish Intermediate, U-22 and Elite titles in quick succession, before moving on to European competition where she was forced to pull out of her gold medal fight against Turkish fighter Busenaz Surmeneli in the 75kg division.

She then went on to win multi-nations gold at the Nicolae Linca Golden Belt tournament before reaching the last 16 at the World Championships in India.

Aoife and the Irish team are expected to arrive home to Dublin Airport on Sunday morning before making her way to Castlerea where it is expected that the West Roscommon town will turn out in force to welcome home its European champion.