‘Moving’ weekend as championship gets serious 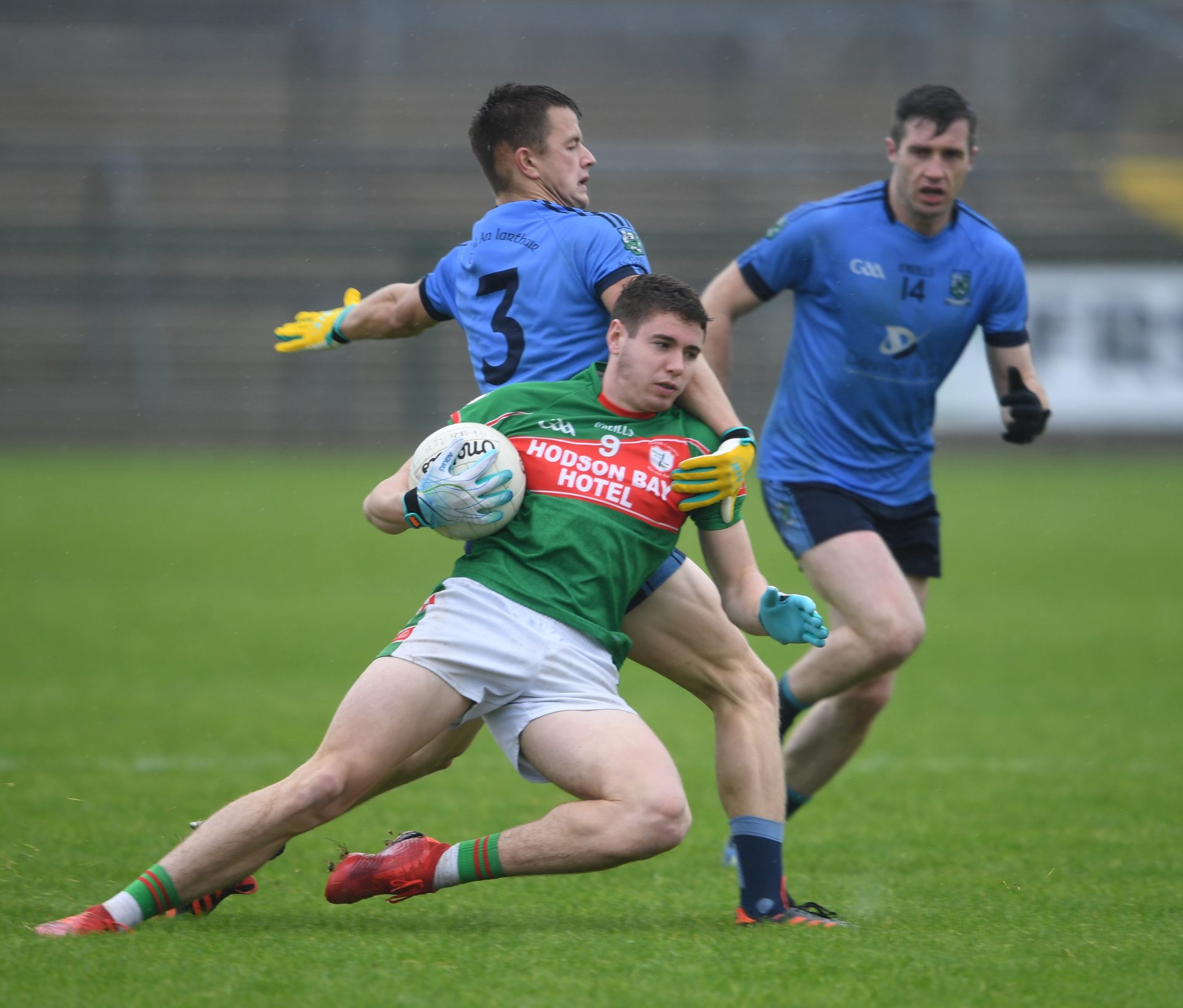 Can Eddie Nolan and his St. Brigid’s team-mates get the better of Padraig Pearses next weekend? Picture: Gerard O’Loughlin

The quarter-finals of the senior, intermediate and Junior A Football Championships are down for decision this weekend. IAN COONEY looks ahead to a bumper weekend of action…

Roscommon Gaels are looking the part, displaying a consistency that has proved beyond any of the other main protagonists in the race for this year’s Fahey Cup.

Liam McNeill’s side appear to have too many aces. When one player is off his game, another one steps up to the plate, and in Brian Kelly, Kieran Kilcline, Ronan Carolan and Peter Gillooly, one of the best players in this year’s championship, they’ll have too much craft and firepower for an Elphin side that haven’t reached the heights of their opening round victory against St. Brigid’s.

Are Boyle the genuine darkhorses in this year’s championship race?

Certainly, it has been a good campaign for Basil Mannion’s side so far, with the demolition of Clann na nGael in Round Two the obvious high point.

However, they are too reliant on the Smith brothers and Cian McKeon for the bulk of their scores, so Michael Glaveys’ aim will be to keep that trio on the periphery.

Despite the experienced core provided by Conor Hussey, Gary Patterson, Andy Glennon and Caoileann Fitzmaurice, it may prove beyond them.

So Pearses got the short straw in drawing the team that no one wanted from the unseeded pot on Sunday evening, or maybe the sight of the green and red jersey will inspire them to officially launch their championship bid.

The evidence that Pearses can land the Fahey Cup for the first time remains unconvincing, but all it would take is one serious knockout

blow to get people talking.

Brigid’s are taking on water but to their young players’ credit, they haven’t shirked the responsibility that has been placed on their shoulders.

While Pearses will struggle to post a big tally, they have defence to keep the likes of Paul McGrath, Brian Derwin and Ciarán Sugrue quiet, and that may be enough.

What a chance for Fuerty to make a county semi-final at the first time of asking at senior level.

Unbeaten in the group stages, in many ways Malachy Gately’s side have been the story of the championship, and who’s to say their fairytale season won’t continue on Sunday afternoon. They’re flying fit, and Niall Kilroy has been playing out of his skin.

It’s hard to know what to make of Strokestown. This is a game they’ll target to return to a county semi-final but they appear to be short on quality in key areas.

If Fuerty maintain their fine form, they can reach the last four.

*The relegation play-off replay between Clann na nGael and St. Croan’s takes place in Dr. Hyde Park on Sunday next at 2.30 p.m.

Have Croan’s missed the boat or is Clann’s present lethargy a sign of things to come?

Surely, the greater improvement should emanate from Feargal Shine’s charges.

A local derby, and one both sides will feel confident of winning.

If Oran play to their potential, one would have to fancy Billy Donnellan’s charges, but they’ve blown hot and cold during their campaign so far.

Creggs took care of their business early in reaching the knockout stages. The Dowd brothers, captain Noel Gately and Enda O’Roarke have been doing well, but this is a step-up in class if Oran are on song.

Two sides that weren’t in the running for a last four berth at the start of the year, but that’s the prize for the winner on Saturday evening.

The yardstick here could be how both sides fared against Kilmore in recent weeks. Dominic’s, unbeaten in the group stages, grabbed a share of the spoils, with Daire Keenan, Tommy Hurley and Conor Fallon to the fore.

Shannon Gaels, led by Matthew Bourke and Matthew McDermott, are capable of posting big tallies, and toppling neighbours Kilmore will have them high on confidence. If they bring their shooting boots on Saturday, another prized scalp could be in store.

Tulsk are in the driving seat for a genuine tilt at championship honours.

Gerry Lohan’s side have looked the part in the group stages, but we’ve been down this road before with Tulsk — impressive early on only to implode when the stakes are raised.

Éire Óg have beaten teams one would expect them to beat but, crucially, they have struggled against the better sides.

Tulsk fit into the latter category, and they should be good enough to get the job done.

Slowly but surely, David Casey is moulding Castlerea St. Kevin’s into a side capable of challenging for championship honours.

That’s no surprise given the balancing act of integrating young, talented players into a set-up where experienced personnel like Darren McDermott, and Eddie and Declan Creaton remain central to their side’s chances of success.

Kilbride have done well to reach the quarter-finals. Henry Walsh has stepped up to the plate in the absence of their talisman Conor Devaney. This may be a bridge too far though.

*East Roscommon neighbours St. Barry’s and Kilglass Gaels meet in a relegation play-off in Tarmonbarry on Sunday at 3 p.m., with the loser dropping down to Junior A championship football for 2020.

On home soil, Barry’s will fancy their chances.

Places in the semi-finals of the King and Moffatt Building Service Junior A Football Championship are up for grabs next weekend, with three quarter-finals down for decision on Saturday and one on Sunday.

Clann na nGael and Padraig Pearses get the ball rolling in Knockcroghery on Saturday at 4.15 p.m..

Niall Shine’s side have been foot-perfect so far and will be hotly fancied to beat a Pearses side that edged out St. Dominic’s by a point in their play-off last weekend.

Neighbours Ballinameen and Western Gaels meet in Kilmore at 5.30 p.m.. Ballinameen have been putting scoreboard operators on over-time in their group, and the firepower associated with Liam Kelly, Dessie Carlos and David Wynne could be very decisive.

Mark Gilleran has been imperious for the Joe’s but Brigid’s have been in good form. Ian O’Rourke grabbed a brace of goals last time out, and they should be too strong for the Kilteevan-based outfit.

The remaining quarter-final on Sunday sees Roscommon Gaels and St. Michael’s meet in Elphin at 2 p.m..

Enda Lannon has been the Gaels’ “go to” player so far, while Fiachra Henry has been excellent for St. Michael’s.