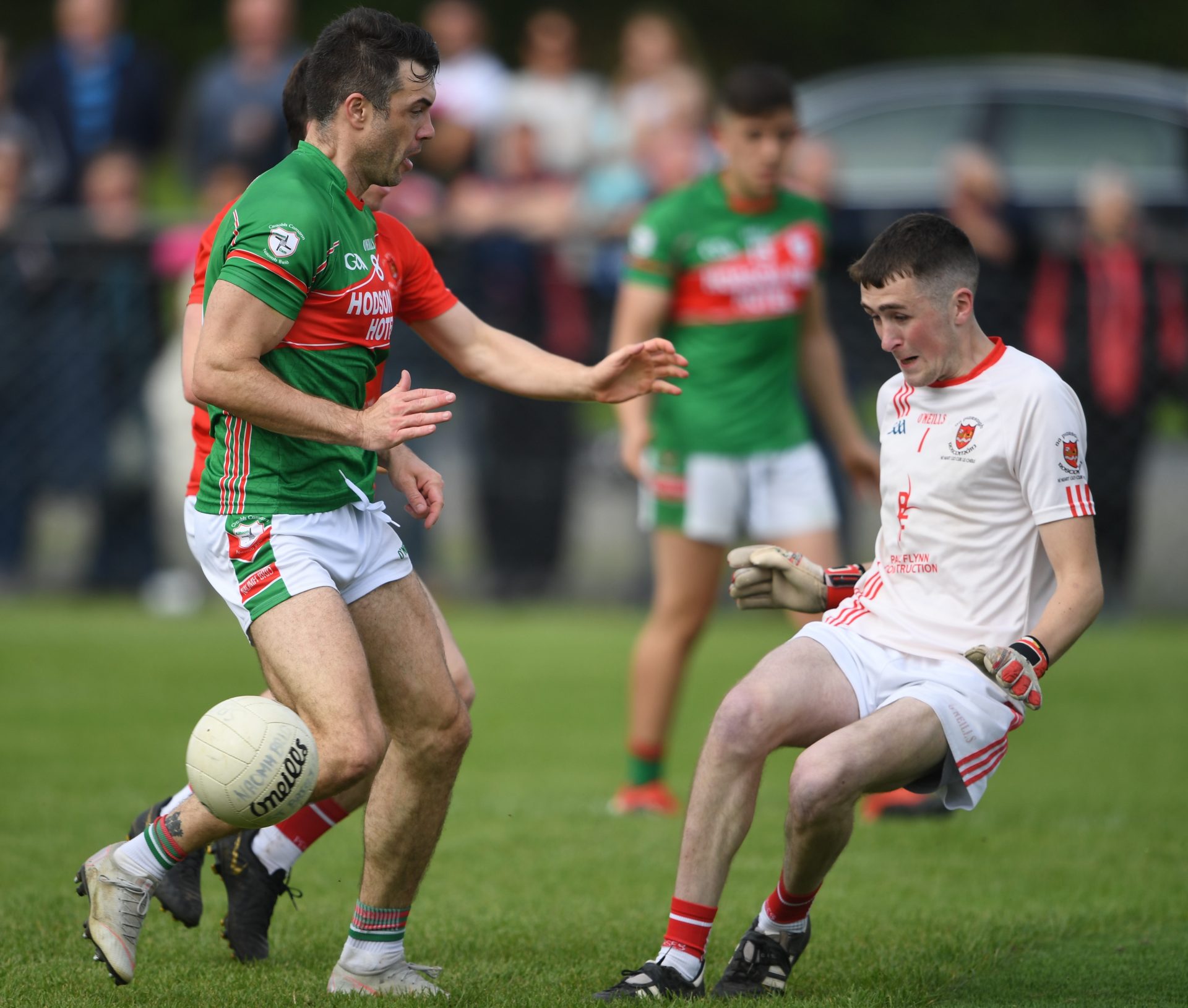 It’s the biggest weekend of the year so far on the club football scene with berths in the senior, intermediate and Junior A football championships up for grabs. KEVIN EGAN previews the weekend’s action…

The fairest way to describe Strokestown’s season so far is that they’ve shown the character and bottle to take results out of every game where they had the capacity to do so.

For Nigel Dineen to guide this club to a county semi-final in the absence of players of the calibre of Tom Corcoran, Cathal Compton, Kevin Finn and Sean Mullooly has been an incredible feat, but this Sunday they’re moving out of the high-class handicap category and taking a tilt at a Grade One contest — and it’s impossible to envisage Roscommon Gaels falling at this fence.

For the Gaels, the only concern right now is that it could be argued that they will get to a senior championship final without playing a team that would be considered to be in the top six in the county. They’re playing efficient, high-tempo football with no obvious weak links, either in any of the lines or on the bench. They mightn’t have quite the same scoring power as Boyle but that’s more than balanced out by their defensive structure and strength, and all things being equal they’ll win this with plenty to spare.

The luck of the draw may have favoured Boyle after the group stages, when they were pulled out as the only seeded second-place team, but this wasn’t the fixture they would have chosen in advance of Sunday’s semi-final draw.

Padraig Pearses have already beaten Basil Mannion’s side this year, albeit in no small part because of a very preventable goal, and they’ll take huge confidence from the manner in which they beat their St. Brigid’s rivals last weekend.

Paul Carey’s form and the return of Conor Daly after suspension are further reasons to fancy the Woodmount club, who badly needed a win over a significant opponent to purge the demons of their home defeat to Clann na nGael.

It’s not that Boyle don’t have the talent to win a game like this. Their attacking football has been simply sublime in recent weeks and if they find their rhythm, they can rack up totals that no club in Roscommon could hope to match.

Yet Pearses found a way to disrupt them before, and they should be able to do so again.

Given how well Tulsk are playing right now, both of these sides probably need this game to iron out a few creases in their play before they try can consider themselves ready for a county final.

Given the number of key absentees from the Kilbride team through long-term injury and enforced retirement, Castlerea probably should have been able to win Sunday’s game against them far more comfortably than they did. Now the question has to be asked, was their poor final round showing against Shannon Gaels really a blip, or are they starting to falter after a long season?

Oran too fell over the line against Creggs, only taking the lead for the first time in the game deep into stoppage time. The problem Billy Donnellan has is that the issues facing his team are not mental, they’re to do with injuries. The dual club might have forwards coming out their ears but the loss of powerhouse players like Gearóid Keenan and Thomas Featherston from the key diamond sector is impossible to look past.

Now add in the return of Neil Collins, and Castlerea look like the better bet to progress.

When these sides met in the group stages of the 2018 championship, there were 15 points between the sides. The margin won’t be that big on Sunday in Elphin, but unless Tulsk suffer a serious dip in form, they’re still likely to prevail with a little bit to spare.

Last Sunday, Tulsk took on Éire Óg and all six forwards (not to mention one midfielder, one half back and two subs) scored from play. They are playing the game at a serious tempo, armed with a panel of players that has an excellent age profile — the vast majority of their key players now aged in their mid-twenties.

There have been questions asked about their big match temperament in the past, given their inability to climb out of the intermediate ranks over the past few seasons, but they look to have kicked on this summer. Doubts about their mental strength in a tight finish won’t be a factor if St. Dominic’s can’t stay close to them.

For Tomás Gilleran and the Knockcroghery-based club, this has been a successful year by any logical measure. They will play O’Gara Cup football in 2020 and registered some really good results in the championship.

Keep this within five or six points, and they’ll be well-set for another big year next year.