It’s usually the case that after a drawn game, one side will be a bit more disappointed than relieved and their opponents will feel the reverse. Logic would suggest that as the underdogs, trying to depose three-time champions, and as the team that led by three points late in the game, Clann na nGael should have been the disappointed team after last Saturday’s drawn county final in Kiltoom. Yet the reactions of the two managers didn’t back that up, as both men were equally phlegmatic in their response to what had just unfolded.

“Halfway through the second half, if someone had offered me a draw I’d have taken it and said we were after making a lucky escape. But, then in the last ten minutes, we created enough chances to win the game. I suppose it’s the old cliché, but a draw as probably a fair result,” said Kilbride’s Ollie Lennon.

“It was always going to be very hard to dethrone the champions, we knew they weren’t going to give up,” said Fallon.

“We were four points behind at one stage, we came back and then went ahead, but it was tit for tat there at the end and I suppose the draw is a fair result. We just have to rally the troops for Friday evening now. Things could have went better for us but that’s football. If luck went our way we could have won it, but that’s just how it goes,” he summarised.

His team’s failure to convert enough of their chances was the main concern for the Clann man, though he expressed a hope that every county final played will help his players to bridge the gap in experience that there is between them and the champions.

“Another day some of those shots go under or over the bar but it didn’t happen today. A bit more composure is probably needed, but we lost last year’s county final, we drew this one, maybe the next one will be the win we want!

“We came down to win today and we’re going home without the cup but we’re still in it. We’ve to take great positives from how we were four points down and we came back to keep ourselves in with a chance, and that doesn’t happen too often against Kilbride,” he continued.

Ollie Lennon’s regrets were more focussed on performance, and the long fallow periods that he saw his team go through. In particular, they failed to add a score in between Sinéad Clabby’s goal (after 26 minutes) and Niamh Shanagher’s crucial equalising score at the start of second half injury time.

“We were a little bit flat for the first ten or 15 minutes of the second half, and that’s taking nothing away from Clann na nGael who were very good and very strong today,” felt Lennon.

“We’re delighted still to be there next Friday night, I really thought during that second half that we were going to relinquish our title, and a little bit easier than I would have liked. But the girls showed great courage and tenacity to get back into it and take a share of the spoils.

When it comes to finding a remedy for those issues, Lennon is happy to let his players take the lead in the short gap between games.

“There isn’t much we can say to them,” he added. 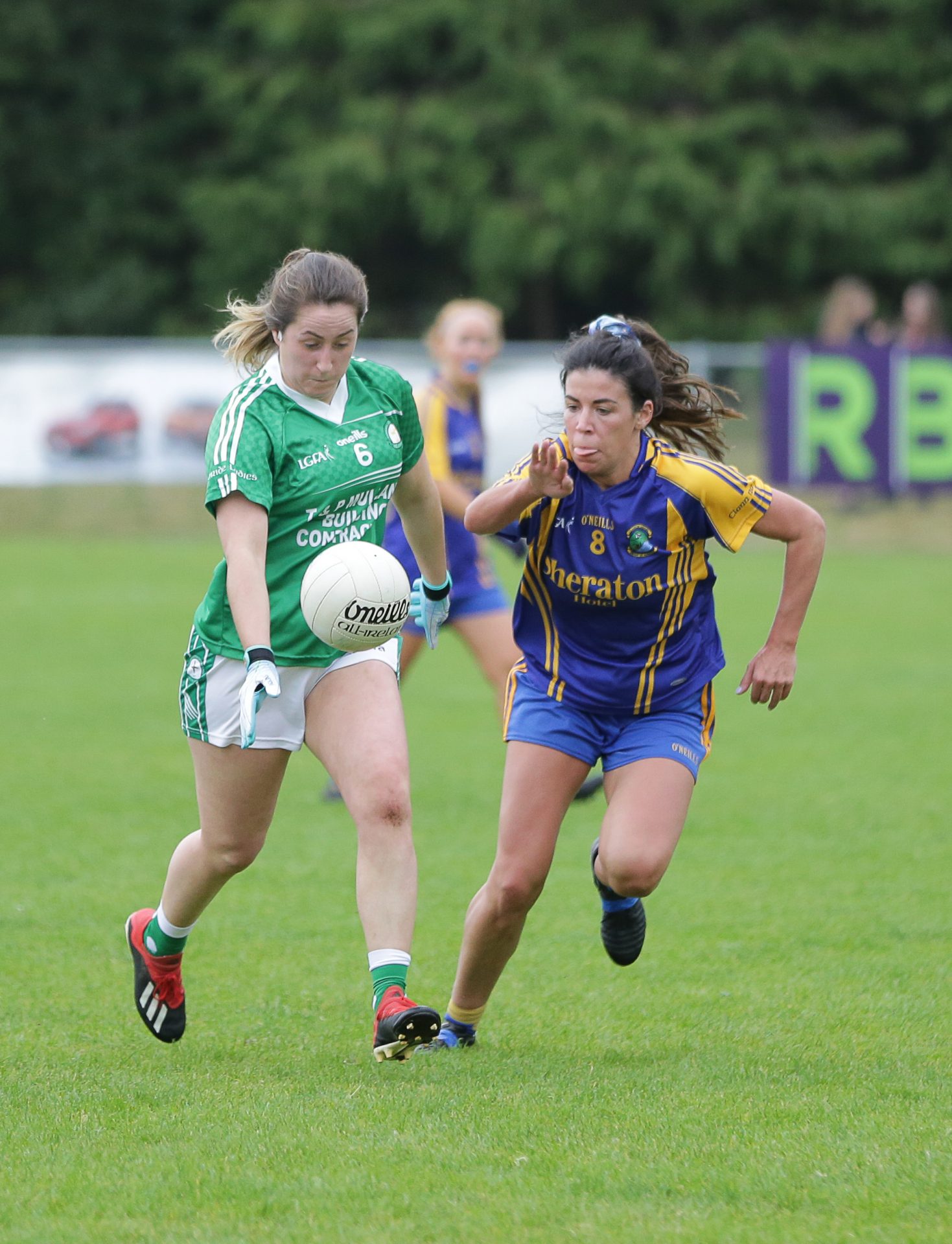