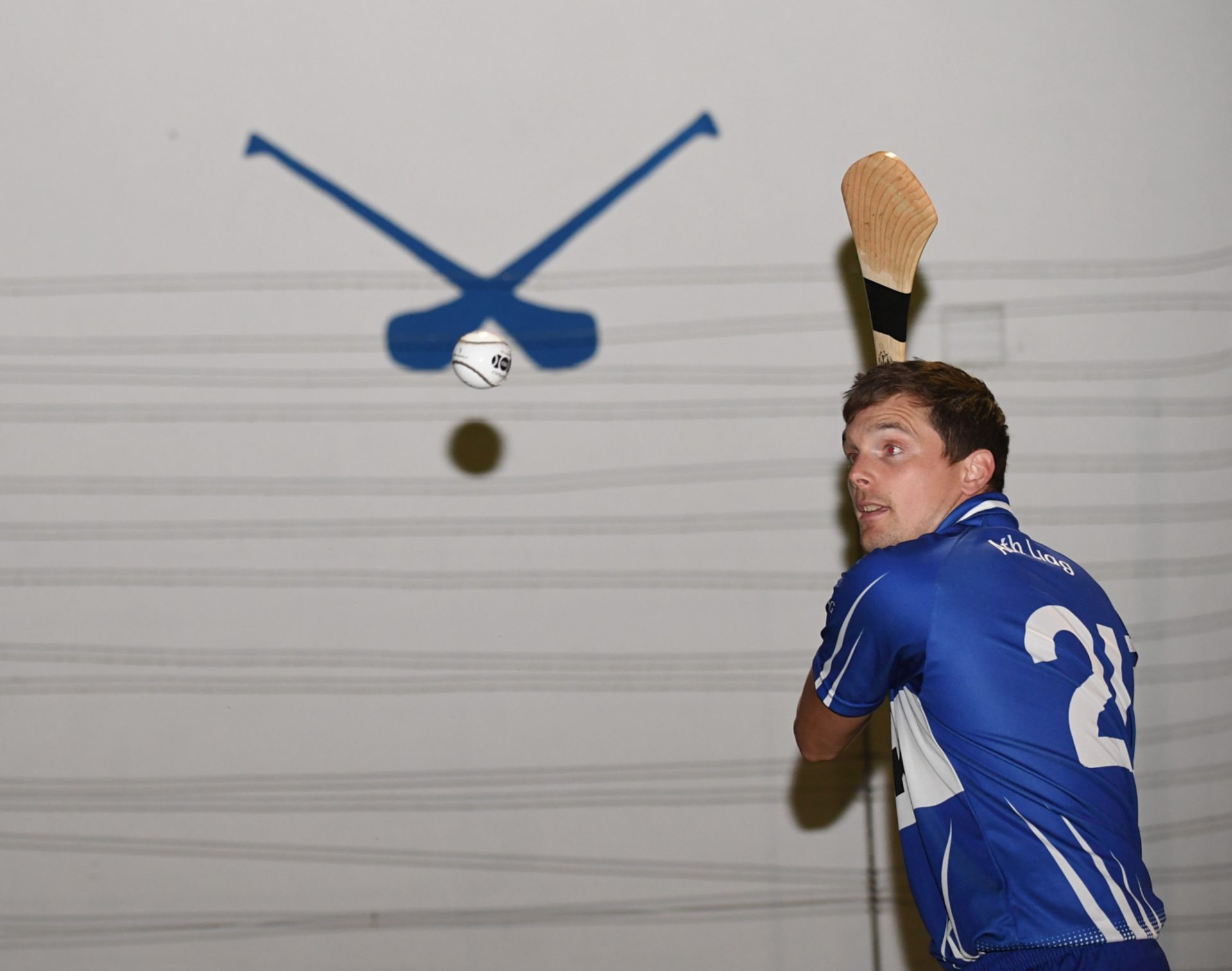 Anyone who has ever played golf and made the journey across the Shannon to tackle Moate Golf Club may remember the 11th hole on that course. It’s a relatively short par four, with an undulating fairway that is one long sequence of dips and bumps, writes Kevin Egan.

This unusual landscape wasn’t actually the result of nature, but dates back to the very late 16th century and the Irish Nine Years war, when Lord Richard Tyrrell (from whom Tyrrellspass takes its name) prepared for battle with crown forces by digging out trenches, or claí, as gaeilge.

Ireland’s colonial past has a legacy that can be seen in every facet of Irish life, both in the physical landscape and in our sociology. Moate Golf Club’s 11th hole is just one tiny example of that.

Donal Óg Cusack recently raised a few eyebrows when he suggested on The Sunday Game that this historical legacy also manifested itself in this country’s unwillingness to accept tactical innovation in hurling, which requires a considerable leap of faith.

It’s far easier to see a different consequence that 800 years of oppression brought to Gaelic games — a fierce determination among most teams to try and claim the status as plucky underdog.

How many teams like to claim that they are “at their best when written off”? Furthermore, how many supporters prefer to see their team win games by scraping over the line with a bit of luck while playing badly, rather than blowing opponents away in style, all because they feel much more comfortable flying “under the radar”?

Yet look at this year’s All-Ireland finals — Kerry against Dublin, and Tipperary against Kilkenny. No perennial underdogs there.

Sunday’s Roscommon senior hurling final in Athleague at 2.30 p.m. is the same. Both Four Roads and Athleague have a strong tradition of success, and, in the case of both clubs, it could be argued that they would be far more comfortable being feared rather than being disregarded.

Last year may have been Athleague’s third county final appearance of the decade, but for the previous two (2011 and 2014) they were a distant second best to Four Roads, still way off the standard needed to meaningfully bid for the Mickey Cunniffe Cup. On Sunday, they need to prove that unlike Oran three years ago, or Pearses in 2017, their success last year wasn’t just a flash in the pan.

Four Roads, in contrast, are in grave danger of being seen as a team with plenty of talent to get to finals, but deficient when it comes to the mental strength needed to close them out.

This is not a battle where teams will come in with chips on their shoulders. Instead, they will arch them back and make them look as a broad as possible, and then hope that their hurling can match their outward confidence.

Neither side will lack for craft, but both play a comparatively high-risk game that needs high levels of skill and self-belief to underpin their approaches.

Athleague will look to their forwards to win one-on-one battles, whether through the direct running of Ben McGahon, the craft and trickery of Robbie Fallon or the positional sense and accuracy of Eamon Flanagan. The injury Aengus Lyons sustained in Fuerty’s defeat to Strokestown a week ago is potentially a huge blow here, however, as his explosiveness can take defenders out of a game very easily.

Four Roads’ approach is a more deliberate one, with a lot more intermediate range stick passing to try and unlock opposing defences. They have heavily loaded their half-forward line with three players who are all able to win their own ball and use it effectively in the shape of Noel Fallon, Padraig Kelly and Cathal Dolan. In the absence of injured full-forward Conor Mulry, it will be even more important that they draw a lot of Athleague’s defensive focus to that sector, in order to unlock the space for their inside forward line.

Yet just as the case as Lyons’ absence is a massive blow to Athleague, it’s equally impossible to ignore the significance of Mulry’s injury. He was the team’s main threat close to goal, and with Johnny Coyne still a long way from anything close to match fitness, it’s hard to see how that gap will be plugged. Brendan Mulry has shown plenty of potential this year but his deployment there as a more target man style full-forward would require a significant change in tactics.

If Joe Mannion and his selectors instead go like-for-like, the onus should fall to one of the relatively untested younger players in the panel, possibly either Diarmuid Treacy or Donnchadh Gately. Oodles of potential certainly, but the county final arena is a difficult one in which to live up to that.

Defensively, Athleague have to find a way to reduce the number of frees conceded. Tremane made a truly awful job of converting their dead ball opportunities, but Cathal Dolan will allow no such leniency. As is the case in every hurling match, the key to not fouling is usually to get to the ball first, but that won’t be easy given the crispness of Four Roads’ passing, and the physical power they possess under the dropping ball. Athleague can’t expect too many 50/50 passes to be offered up by their opponents.

Still, there is guile and experience there in the backline, and players like Gary Fallon, Alan Moore, Pat Nolan and Niall Connolly will have the composure to play the percentages in the white heat of battle.

It was notable that when the Roscommon Herald visited Four Roads in advance of this county final, all three interviewees were asked if they were going to win — all three replied quickly and decisively that they would.

The threat of losing four finals on the bounce is a real one, and in a game where both teams have to try and do without key players due to injury, Four Roads might have slightly better options in terms of replacement.

Expect the men from Tisrara to find some way to get over the line.