Mullaney hints at ‘strive for five’ 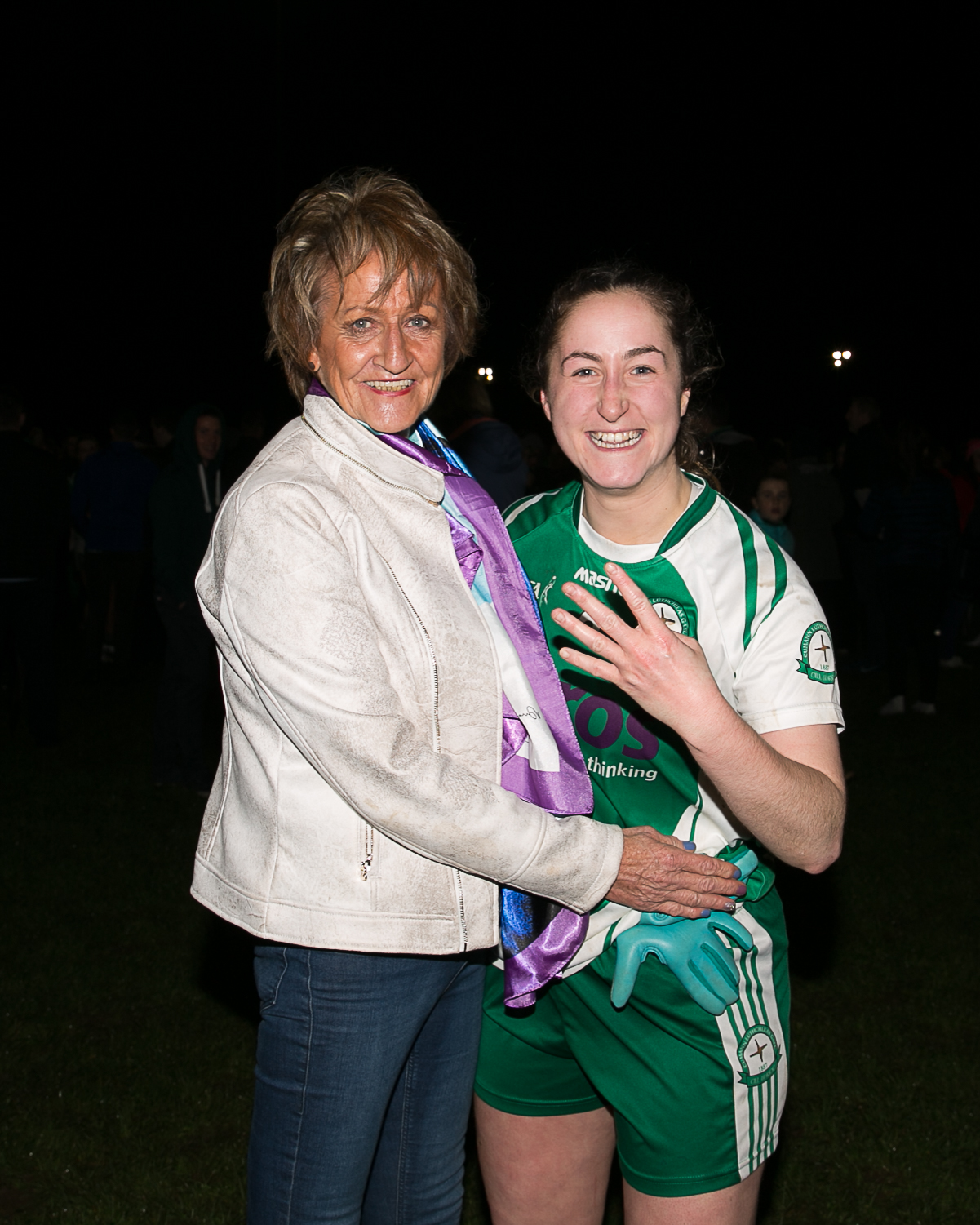 Kilbride’s draw with Clann na nGael a little over a week ago in Kiltoom meant that both clubs and their panels had to clear their diaries all of a sudden, and for Kilbride captain Rochelle Mullaney, that wasn’t an easy thing to do. Mullaney was due to travel to Canada on holiday last week, but instead she chose to make the slightly shorter journey to St. Aidan’s GAA Club, where her faith was rewarded with a fourth county medal following her side’s 1-15 to 1-8 success, writes Kevin Egan.

“The strive for five is on,” she quipped, and it was immediately apparent that the rain-sodden ground and mist air of Ballyforan was as good as any holiday.

“Canada was never like this for sure! It was my birthday last Sunday as well, so I’d had it all planned out, and it didn’t go the way I’d hoped. Last Saturday was a real buzz kill. We went for dinner because we had it planned, but it was straight home and get ready for the replay and that’s what we did,” she revealed.

At half time, things looked very different. Clann na nGael had taken their chances and Kilbride hadn’t, and now with the wind to come and with a younger, fresher panel, it seemed as if everything was set up for Clann na nGael to drive on and end an era for this Kilbride group.

“We were five points down, our backs were to the wall and all we could do is dig deep and try to come through it,” Mullaney recalled.

“Clann are such a good side, they weren’t going to let us come out and walk all over them, and that was very evident for the remainder of the game.

“To be honest, the drier weather might suit us better but we will dig deep no matter what the conditions are. The rain didn’t deter us, the ball was still sticking in the forward line and the backs were still coming out with the ball as best they could,” she felt.

Playing in wet conditions certainly didn’t discommode the winners as they racked up a huge number of scoring chances, a sharp contrast to the drawn game where Kilbride converted just six out of nine chances. Righting the wrongs of that game was clearly a key motivation for Mullaney here.

“We didn’t play at all to our own standards, or how we usually play,” she said of the 0-12 to 3-3 draw. “There was a lot of nerves in the dressing room, there was a lot of pressure on us, so it was a poor performance. Six scores in a game is not a good reflection on us and how we can play, so it was nice to be able to show a bit more of the real Kilbride here tonight”.

Understandably, the mood in the Clann na nGael camp was a world away from the joy and jubilation that was on display in the huddles of Kilbride people on the field. Their manager Joe Fallon tried to see the bright side, highlighting how his players are getting closer, even if he admitted that they came in search of a lot more than just ‘getting closer’.

“They came out in the second half with more intensity and we didn’t have the answer,” bemoaned the Clann clubman.

“The conditions were very tough, but they were the same for both teams, Kilbride just handled it that bit better. Our girls threw everything they had at it, they did the club proud all year, this was their first defeat of 2019, but it just wasn’t to be.

“We have moved forward, but we’d have liked to have taken another step tonight! The scoreline doesn’t do us justice there, but we have come on and I’m sure that next year it’ll be there for them,” concluded.