Online abuse of players was ‘appalling’ 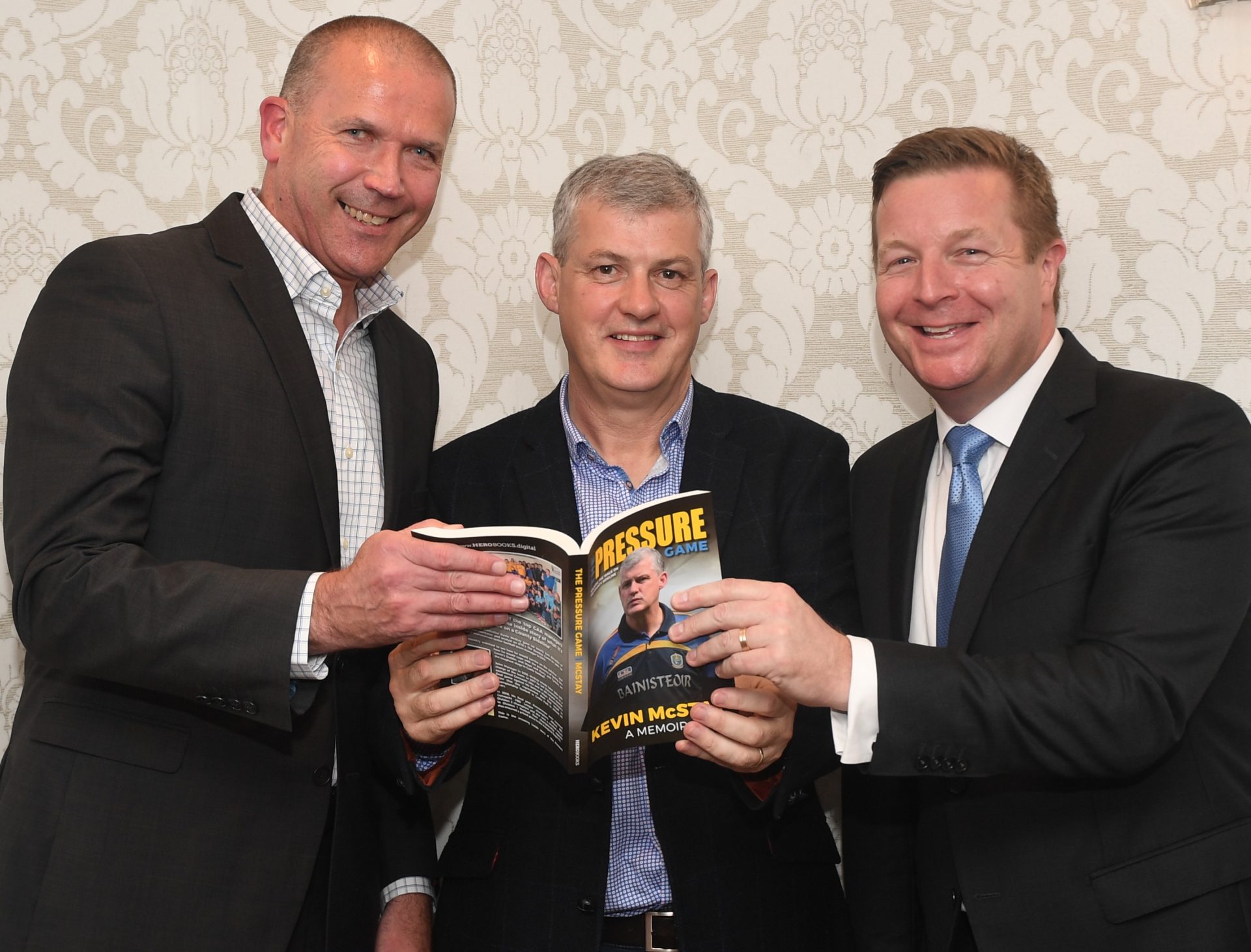 A crowd of over 200 people, including many well-known GAA personalties such as Senan Kilbride, Shane Curran, Seamus Hayden and Tony McManus listened to an emotional McStay address “the haters” and the backlash he and his players received online throughout his time with Roscommon GAA.

“I want to reserve my greatest contempt for the sad haters out there and all the erroneous stuff people wrote and spoke about me and my team, particularly the online ‘gobshites’,” he said.

“You should be ashamed of yourselves but of course you’re not. That’s the sad lives that you lead but, I suppose, this book will keep you going until Christmas,” he continued.

Throughout his tenure, the former All-Star forward led the Rossies to a Division Two League title, Division One status, four Connacht final appearances (including a draw and a replay in 2016 alongside Fergal O’Donnell), a Connacht title and a berth in the inaugural Super 8s competition.

Yet despite “boxing above their weight”, he and his team were subject to criticism for losses such as the 22-point defeat to Mayo in the 2017 All-Ireland quarter-final replay, and the heavy Super 8s losses to Dublin, Tyrone and Donegal. Even McStay’s personal Mayo heritage came under attack in 2016.

Describing the commitment players make to compete at the elite level of GAA today, he said: “the idea that they might be abused or criticised unfairly on the Sunday playing for Roscommon, I find that appalling.

“These are lads in their early twenties and they’re so proud to wear their colours and I’d love if everyone in this hall said to themselves, ‘the next time I hear someone at that sort of bullshit, I’m going to correct them.

“Because I know for 100 per cent sure, they do deserve better. Some of the stuff that I heard over the three years was shocking,” he revealed.

On the night, the RTÉ pundit addressed his connections throughout Connacht stating: “I’m a Mayo boy, with Galway parents who settled in Roscommon.

“Tonight’s a Roscommon night and I was very keen to launch the book in my adopted town,” he emphasised.

Along with special guest of the night, RTÉ broadcaster Daragh Maloney, McStay reflected warmly on the successes achieved by a “small county” on the national stage.

“When things were going well, it was just an amazing buzz,” he noted, recalling Roscommon’s nine-point win over Galway in the 2017 Connacht final.

“I got a huge opportunity to manage Roscommon. It was such a gift for me at that time in terms of my spirit and in terms of my self-esteem — that I would be trusted with your football team,” he remarked.

“I think the only way to tell a story is warts and all. It would be very easy for me to pretend it was one big spin on the carousel but you all know sport isn’t like that. It’s like life, there are bumps everywhere.

“We won what we won and we lost what we lost, but I want to say publicly that, through it all, for those three years, I had only the best of intentions for Roscommon football.

“I’m very aware that this book is my truth and others might see it slightly differently. But that’s the only version I can write,” he reminded the large gathering.

Describing his Roscommon experience as “just magnificent”, he finished by paying homage to both his native and adopted homes with the calling: “Up Roscommon and Up Mayo”.

*The Pressure Game, Walking the Walk on the County Sideline is available to buy now.