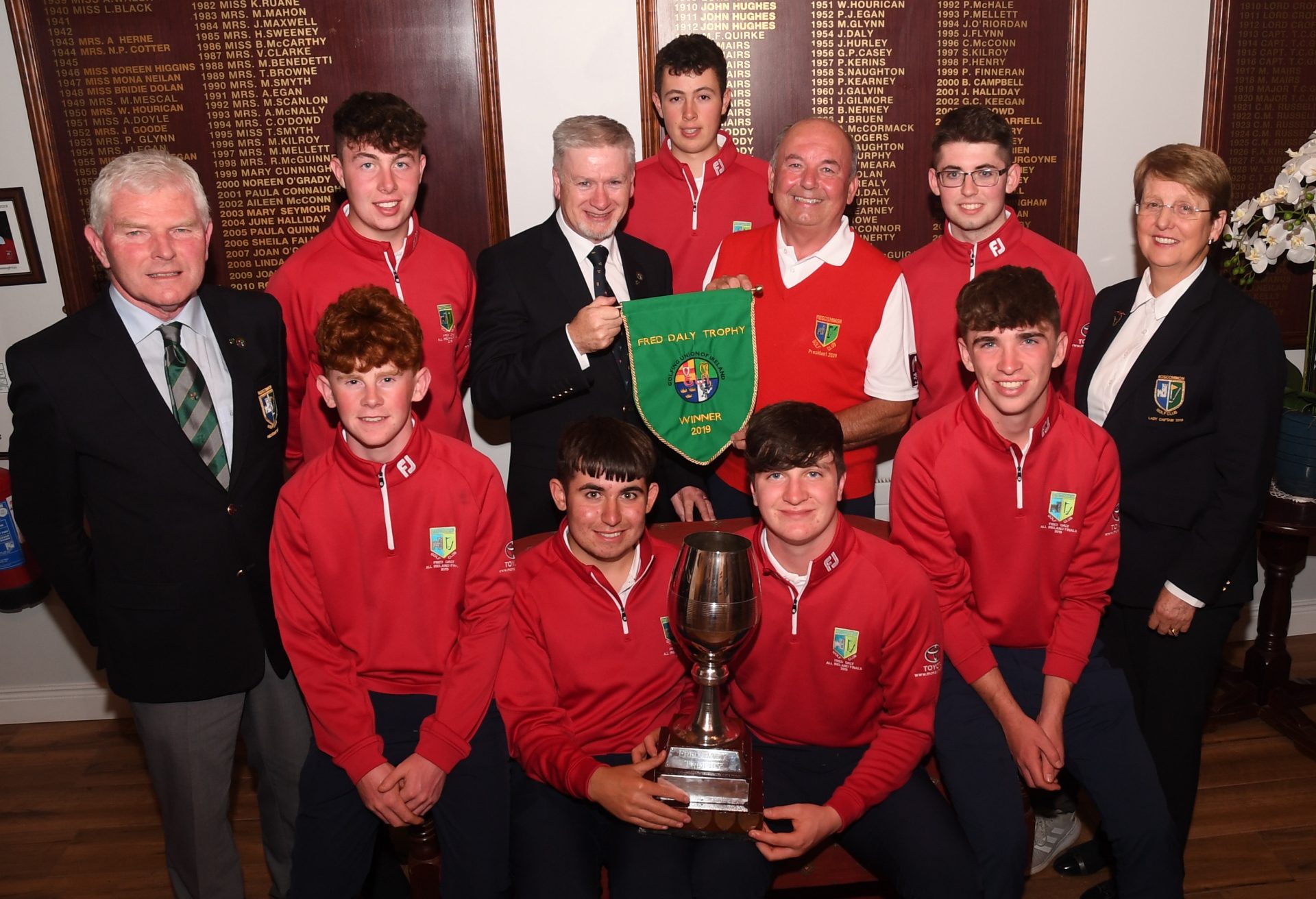 Roscommon Golf Club will be the home of the prestigious Fred Daly trophy for the next year after they overcame Muskerry Golf Club in a dramatic All-Ireland final played at Castle Dargan last Saturday.

The final stages of the 2019 competition, named in honour of the 1947 Open champion and played in singles matchplay format between schoolboy teams, saw Roscommon take on Slieve Russell in the morning, where wins for Simon Walker, Thomas Higgins and Kevin Connaughton and a half a point from Fionn Hoare saw them prevail by 3.5 to 1.5.

That set up a final clash with Muskerry, which will live long in the memory for those in attendance. Irish boys international Simon Walker led from the front with a fantastic win over his fellow international Fionn Hickey on the 18th and this was quickly followed by Thomas Higgins’ second win of the day.

Cian O’Connor was narrowly defeated by fellow interprovincial player Zack Collins, which shifted the focus to Kevin Connaughton in the penultimate game. A birdie on 17 and a great up and down on the last from his opponent Eoghan O’Shaughnessy forced a playoff, which was won by the Cork player.

It all now hinged on Fionn Hoare, whose short game was exemplary under pressure. He recovered from a tough spot on the 18th to force a play-off, halved the 19th after a superb up and down before chipping and putting for par on the second playoff hole to seal the win — just the second ever green pennant for the club, following on from their Pierce Purcell Shield win in 1976.

“We are all over the moon,” said team captain Michael Connaughton afterwards. “It’s a great achievement by the lads. They played their hearts out.”