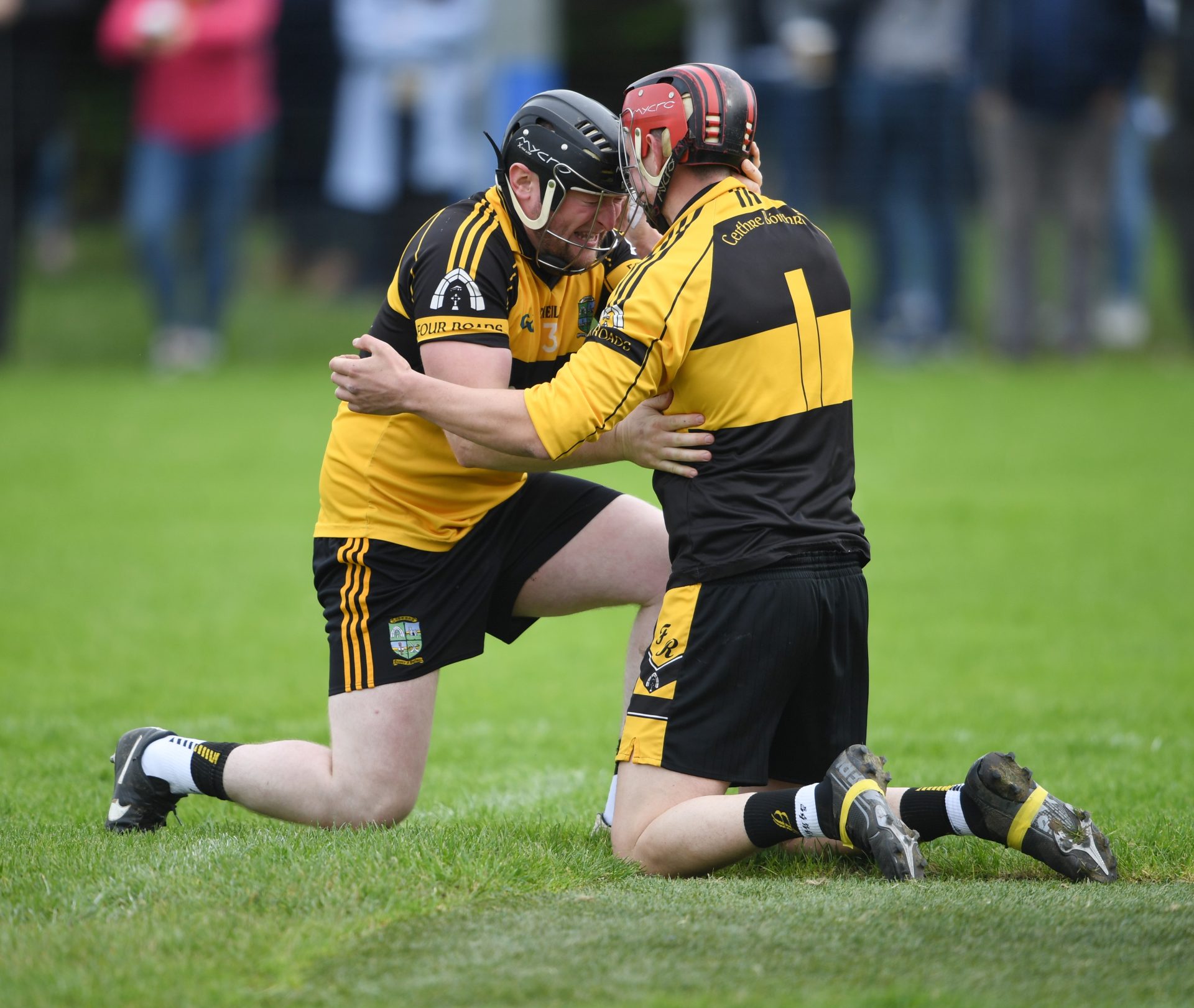 From a neutral standpoint, it would have seemed as if Four Roads got off to the perfect start on Sunday. James Cunniffe rattled the net after five minutes and soon they were six points up and in control of the game. Yet, to manager Joe Mannion, he felt that his players didn’t react well to that start, and that they needed half time to settle things down and get back on the right track.

“It’s a county final and of course you’ll be nervous at the start,” he said, before adding “we got the goal early and went into a good lead but maybe it was a bit too early. We got pulled and dragged around the field a bit.

“In fairness, we had a good chat at half time, we knew what we needed to do. We just hurled the ball, got our passing game going and once that happened, we picked off some nice scores. Our defence was rock solid, they kept the scoreline down which was huge for us,” he explained.

Mannion also highlighted that while his backs fulfilled their primary function, they also played a huge role in ensuring that the forwards had the right supply of ball to allow them to rack up a decent total — the fifth highest in the history of the Roscommon SHC final.

“When your backs are tight, and when you can come out with quick ball and get away quick puckouts, you can release your forward line to play a faster game. That’s what our backs were doing and particularly in that second half, fast ball came in and we were able create good chances and take good scores,” he felt.

Athleague manager Seamus Qualter took broadly the same view, saying that his players simply couldn’t get any traction at the Four Roads end of the field.

“We were struggling all day long up there,” he conceded.

“When we went left, the ball broke right. When it broke to the front, we were at the back. You’ll have days like that. Some of the lads had an off day but it happens. You prepare and prepare to do as well as you can, but it’s down to the players to perform and we wouldn’t be happy with how we did. But that’s down to Four Roads too, they were just the better team.

“Four Roads started the brighter team, they got the early goal. We did come back into it in the last ten minutes of the first half, a ball came off the post, and at half time we said we were still well in the game, even though we hadn’t played.

“In the second half we were always chasing the game, but we missed some serious goal chances. There was lots of goalmouth action and we only got one of them put away. When it was 1-13 to 1-8, we missed a goal chance that would have given us a lift. Some days it happens and some days it doesn’t,” he concluded.

For Joe Mannion and his selectors, this was the reward he craved for a long year, the reward that he felt was earned by his players.

“This is our first year with them and from the get go we met up, we laid a few things on the line that we wanted to see happening and the boys bought into it. They worked hard all year. We told them that they were a fine bunch of hurlers and if they did that, they’d get rewarded for it.

“Losing three finals was tough on that bunch of boys but they didn’t let it consume them. The Mickey Cunniffe Cup is coming back to Four Roads now and that’s always special — Mickey Cunniffe has a special place in our heart and always will have,” he declared.