Friends stole keg of Guinness by wheeling it in shopping trolley 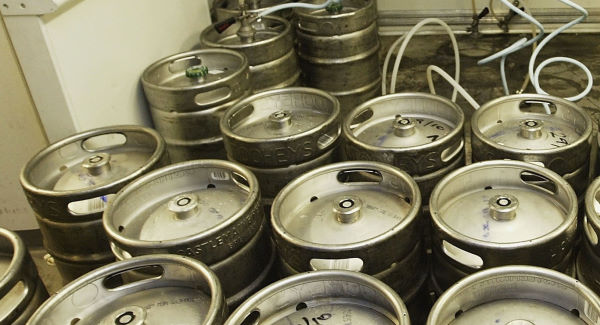 A group of friends stole a keg of Guinness by wheeling it down the road to a house in a shopping trolley. Faye Moss aged 25, of 6 Home Rule Tce, Skibbereen, Co Cork, pleaded guilty to the theft of the keg, which belonged to the Horse and Hounds pub in the town.

Sgt Paul Kelly told Skibbereen District Court that in the early hours of July 24, Ms Moss and three others were seen on CCTV taking a full keg of Guinness worth €250 from Townshend St in the town.

He said the keg was taken on a trolley to Ms Moss’s house, which was later searched under warrant by gardaí. The court heard the keg was recovered, but that some of the beer had been taken.

Ms Moss had two previous convictions, both dating from 2015, and her solicitor, Flor Murphy, said his client had carried out the crime alongside three others, one of whom also recently pleaded guilty to her involvement.

A probation report was sought by Judge James McNulty in relation to that offender and Mr Murphy asked for the same for his client.

Judge McNulty convicted Ms Moss and ordered that a probation report be prepared, deferring penalty until the report is provided to the court on January 14. The judge asked the probation officer to assess Ms Moss as to her suitability for community service and reminded her that she was now out on bail awaiting penalty.