Little time for Tulsk to rest on their laurels 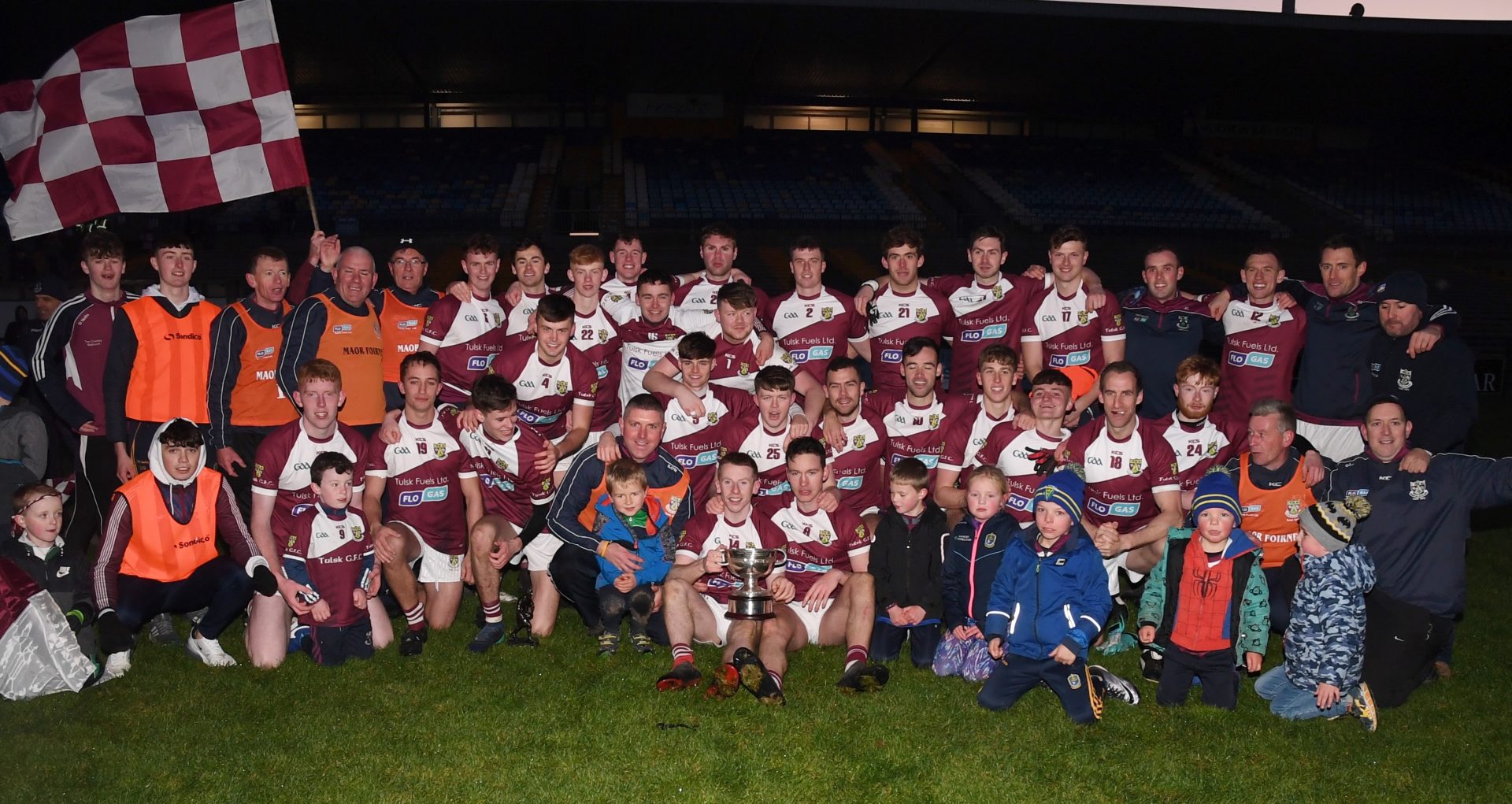 Tulsk Lord Edwards will have to get the celebrations out of their system quickly this week with their Connacht championship quarter-final clash against Leitrim Gaels set to throw in at Dr. Hyde Park on Saturday next at 2 p.m..

The intermediate championship has been a happy hunting ground for Roscommon clubs over the last five years, with St. Croan’s and Michael Glaveys winning provincial titles while Fuerty came agonisingly close to doing the same a year ago.

In contrast, Leitrim clubs have struggled to make an impression with only Ballinamore Sean O’Heslins reaching a final since 2006, and that was in a year when the Galway, Mayo and Roscommon representatives were all on the other side of the draw.

On the face of it, Leitrim Gaels look like a progressive side that might be capable of raising the usual standard. From a very low base, playing Junior B championship just over a decade ago, they’ve become a consistent force at intermediate level, while holding their own in Division One company in the Leitrim league.

County footballer Aidan Flynn and midfielder Enda Moreton, who was nominated for a “Champions 15” slot for his performances with the Leitrim hurlers this year, will play key roles in the middle third while teenagers Donal Casey, Matthew Earley and Jack Flynn — who scored the decisive goal in their 1-8 to 0-7 county final win over Dromkeerin — will add youth and energy to the side along the flanks.

Add in their ideal preparations, with three weeks in between fixtures, and there are reasons to believe that Leitrim Gaels can be competitive. However, unless Tulsk’s form is unrecognisably poor, they’ll still expect to progress with something to spare.