Search on for new venue for court 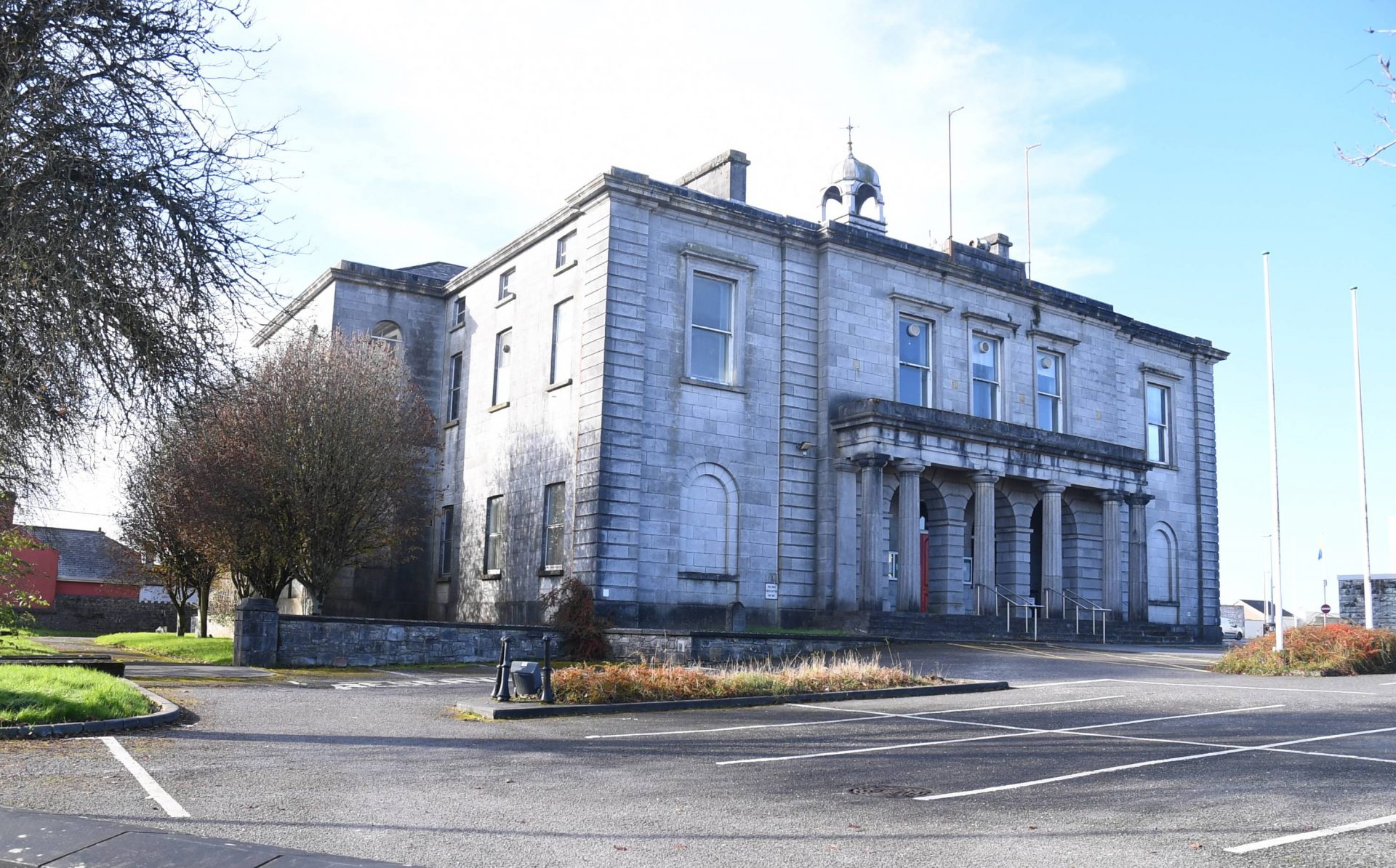 The courthouse in Roscommon Town, which is set to close in January for repairs. Pic. Gerard O’Loughlin

The search for alternative accommodation for district and circuit court sittings in Roscommon Town is under way. The move follows a decision by the Courts Service to close the town’s courthouse for refurbishment works early next year.

There is a significant concern that the closure of the historic courthouse, initially mooted for next January to allow for repairs, would mean no court sittings in the town for a minimum of five years. Proposals that district and circuit court sittings be moved to Castlerea and Carrick-on-Shannon while the courthouse was closed met with a wall of opposition last week.

This week, the Courts Service said work was under way to look for alternative venues in Roscommon Town to house the district court, and, where possible, the circuit court. It hopes to keep the courthouse open until March 30th of next year, but added this could be subject to change should problems arise. The Courts Service said the courthouse needed €1m of work to repair the roof and carry out electrical works.

Secretary of Roscommon Bar Association and a former President of Roscommon Chamber of Commerce, Sean Mahon, said that a meeting last Thursday between court users and the Courts Service was positive.

“The meeting didn’t go as the Courts Service planned, certainly it was effective from our point of view. It pulled back from what had been originally planned,” the solicitor said.

He added that he recognised the need for the building to be renovated and welcomed the planned works, but stressed that it was vital that sittings continued in the town.

“Before the meeting, the indication was the court was going to close in January, and that was it, the sittings were going to Castlerea and Carrick-on-Shannon. Now they’re saying we need a period of time to get alternative premises and we’re not going to close it until the end of March.”

The decision to move the courts from Roscommon Town had already been taken before any consultation was carried out, he said, something he criticised. He thanked the local public representatives for contacting the Minister for Justice on the issue.

The Courts Service told the Roscommon Herald it took possession of Roscommon Courthouse from Roscommon County Council in 2018. It estimated that it would take at least €1m to repair the roof and upgrade electrical works.