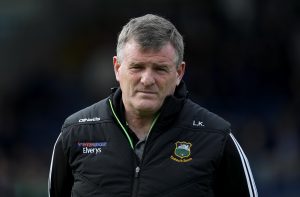 Liam Kearns is set to be ratified as Clann na nGael senior football manager at the club’s AGM on Friday evening.

Liam Kearns is set to be ratified as the new manager of Clann na nGael at the South Roscommon club’s AGM on this Friday evening.

The former Tipperary boss, who was part of John Evans’ management ticket in Roscommon in 2015, takes over from Feargal Shine who guided the club to championship honours in 2018.

Clann na nGael are no strangers to high profile managers in recent years, having recruited the services of former Dublin player Paul Curran in 2015, resulting in the club’s first Fahey Cup triumph in 19 years.

The Johnstown-based club endured a disappointing championship campaign in 2019, losing out to Western Gaels and Boyle before defeating champions-in-waiting Padraig Pearses in their final group game. They went on to defeat St. Croan’s, needing a replay before prevailing in their relegation play-off.