‘We switched off and got caught’ 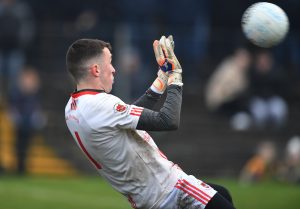 Losing finals of any description can be a devastating experience. But there was little sense of “all is lost” as the Pearses players mingled with their supporters in the midst of Corofin celebrations, which were low key to say the least.

Instead there was a consensus that the South Roscommon men had given it their best shot, only to be undone by the greatest club team on the planet, a juggernaut that always seems to unearth a way to get the job done.

Sure, there was disappointment and manager Pat Flanagan didn’t need to say a lot to realise that he was hurting. But his players had put everything on the line before being gazumped by a loss of concentration for a split second. For Corofin, that’s all they needed to finally break Pearses’ resolve.

“We went in three points down at half time and I thought we came out and played some very good football in the first ten minutes of the second half. When we had the upper hand, we just lost our concentration and we allowed them in for a goal. With their experience, it was always going to be very difficult to go back at them.

“I felt we had to push on from the situation we put ourselves in, and get ahead of them. Who knows what might have happened after that,” he explained.

When it was put to Flanagan that his side could have played more attack-minded football during the opening half, he pointed out that the reigning Connacht and All-Ireland champions had made it very difficult for his charges to find any rhythm going forward.

“You have to give credit to Corofin. They really pressed us hard. It was difficult to get out with the ball, and play the football we wanted to play. They had their homework done and they knew exactly what they were doing.

“To be fair to our boys, it’s their first year to win a championship. They probably lacked that little bit of experience, and it showed. I suppose Corofin were able to ride out the storm when we got at them, and they came down the field and got their goal.

“They’re a special group of fellas. We didn’t come down here just to be part of the game. We honestly felt that we could win it. If we had got some decisions, it might have given us a better chance. We needed everything going our way and, to be fair, I’m not sure everything went our way.

“We became frustrated but the lads kept battling. But the real turning point was the goal. We spoke about not letting them in for a goal because we knew that it would hurt us,” he continued.

In truth, Pearses needed a green flag or two of their own, something that has been their forte this season but a miserly total of 0-7 was never likely to be good enough to suffice on Sunday.

“If we had got one (goal), we might possibly have got a second one, to be honest,” lamented Flanagan.

“Ronan had a chance, and a goal at that stage would have put us three points up. It turned around and they got a goal, and that’s how these games can change.

“But the lads never gave up. They kept going until the bitter end against a massive footballing side. You have to give serious credit to Corofin who keep coming back every year to produce that type of performance. But we just switched off for one moment and we got caught,” concluded the Pearses boss.