Lisacul woman trapped in hospital bed for past six months 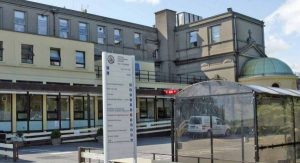 A Lisacul woman has been trapped in hospital for the last six months due to a lack of home care support from the HSE.

Cathy Mahon from Lisacul occupies a rehabilitation bed in the National Rehabilitation Hospital in Dún Laoghaire. If Mrs Mahon could go home it would allow another patient who is waiting for this specific bed to finally leave hospital.

Despite the fact that the 51-year-old has been ready for discharge for the past six months, following treatment at the hospital after a stroke that left her as a quadriplegic, no home care support has been secured from the HSE meaning she cannot return to her family home.

Her plight has been raised in Dáil Eireann by Deputy Denis Naughten who has sought the intervention of Minister Finian McGrath, who is responsible for disability services.

The Lisacul woman spent months in University Hospital, Galway before being transferred to the Mater Hospital in Dublin and later on to the National Rehabilitation Hospital in Dún Laoghaire, where she is today.

According to Mr Naughten, she has been cared for in the only bed in the country that is equipped for a patient who has her level of disability and she needs the support of a ventilator to help her to breathe.

“Cathy has made remarkable progress and was ready to be discharged in May but could only do so if she received an intensive home care package.

“However, she is still in the National Rehabilitation Hospital while awaiting a package that would include skilled home care staff and therapy.

“Her home is ready. Her husband is keen to have her go home and has carried out extensive work to their small cottage to accommodate Cathy.

“As a result of her delayed discharge another woman, Helen, who is also quadriplegic and on a ventilator, has occupied a specialised bed in St. Vincent’s hospital, Dublin, for the past 12 months waiting to be transferred to Dún Laoghaire as soon as Cathy Mahon can return home,” said Deputy Naughten.