Dara Murphy did not ask my permission to take up EU post, says Taoiseach 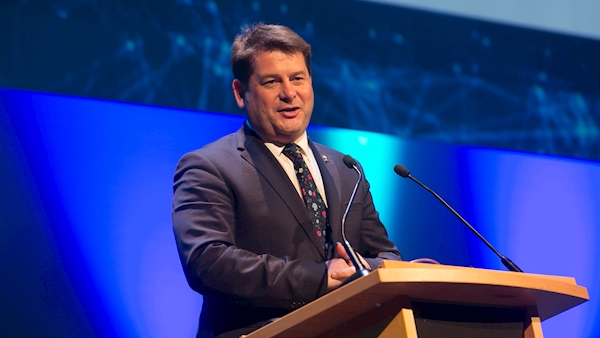 The Taoiseach Leo Varadkar has said that Dara Murphy did not ask his permission to take up the role of campaign director for the European People’s Party (EPP) in 2017.

Mr Varadkar told Brendan O’Connor on RTÉ Radio 1’s Marian Finucane Show this morning that he did not sanction the the Cork North-Central TD taking up the role, but Mr Varadkar knew about it.

Mr Murphy had come under fire after it was revealed that he has claimed his full Dáil salary and expenses over the past two years, despite being largely absent from Leinster House.

The Dáil heard that Mr Murphy had not spoken in the Chamber since December 7, 2017. He asked a total of five parliamentary questions in 2019 and only two in 2018 and only attended the Committee on Public Petitions once during the same period.

However, the Taoiseach said Mr Murphy’s case has to be investigated following the questions now being asked.

Mr Varadkar said: “The record shows he kept his constituency office open and he was in the Dáil on X number of days, 120 days and so on. But people are now questioning that so that has to be investigated.”

Neither the Oireachtas Ethics Committee nor the Standards In Public Office Commission (SIPO) are now permitted to investigate a complaint made about Mr Murphy as he is no longer a sitting member of the Dáil.

He said they have to find a way to investigate it, adding: “That is something that isn’t entirely under my control. If he was still a member of the house he could be investigated.

We need to find an alternative option. We may appoint an independent person to examine it.

He said if it is found that the former Fine Gael TD broke the rules it should be dealt with appropriately.

The Taoiseach said Mr Murphy was not at the bottom of the league table for turning up for votes, saying: “The record shows he was present for at least 120 days in the Dáil last year. It wasn’t the case I was only seeing him in Brussels.”

The Taoiseach also admitted that the Government is “still not on top” of the homelessness crisis and won’t be until enough social housing is built.

He claimed the State is doing a lot to help get people out of emergency accommodation and into permanent accommodation.

He said: “We have taken 14,000 people out of emergency accommodation into secure housing. That is a big change.

He added that more than 20,000 houses will have been built by the end of this year with around a third of that being social housing.

Brendan O’Connor moved on to the theft of a bottle of orange by a homeless boy, which had been referenced in a letter written by Fr Peter McVerry, and the Taoiseach said “there’s sometimes more behind it”

He said: “There’s probably more to those individual stories than is being related there.

“Certainly children in Ireland are not being locked up for stealing a bottle of orange…it may have been a way to get him into juvenile system that could actually help him.”