Players ‘on trial’ during FBD League 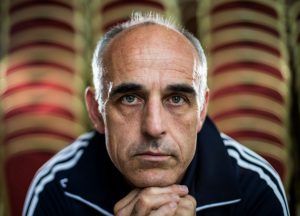 The FBD League will give players a chance to stake a claim for inclusion in the upcoming Division Two League campaign, according to Roscommon senior football manager Anthony Cunningham.

Anthony Cunningham has insisted that a number of players are “on trial” during the upcoming FBD Connacht Senior Football League campaign, which gets underway against Sligo at Markievicz Park on Sunday next at 2 p.m..

Cunningham and his selectors, Mark Dowd and Iain Daly, will use Sunday’s match against the Yeats County, who have former Roscommon player Nigel Dineen as part of their set-up this season, to see how his panel are shaping up before they pick their National Football League panel in the middle of January ahead of the visit of Laois to Dr. Hyde Park on Sunday, January 26th.

“It’s a great chance for those players who didn’t get as much game time as they would have liked in last year’s league and championship. Then we have brought in players who are on trial, staking a claim for a place in our league panel.

“Sunday will be difficult. There was nothing between ourselves and Sligo when we met in the competition last year, so we’re expecting a highly competitive game,” he told the Herald.

Players that impressed during the local championships like Richard Hughes (Roscommon Gaels), Mark Richardson (Padraig Pearses) and Evan Flynn (Tulsk) are currently part of the squad that resumed training at the start of December.

Seán Mullooly, Conor Hussey and Conor Devaney are nursing injuries, but are expected to be available for Roscommon’s Division Two League campaign. Diarmuid Murtagh is taking some time out, while brother Ciaráin sustained medial ligament damage for his club, St. Faithleach’s, during the championship. Ultan Harney and Cathal Heneghan are on the long-term injury list, and their focus will be on being ready for Roscommon’s defence of the Connacht Senior Football Championship in May.

“It’s the most difficult time of the year for players. There are flus and sickness going around, and the weather conditions haven’t been very good. But, in fairness to our guys, they have got stuck in. Players love to play games and we’ll be hoping to get a run in the FBD League.

“Going forward, it’s hard to see the league continuing at this time of year when the conditions are so bad, so we’re probably looking at a league/championship structure down the road. There’s certainly a bit of work to be done on the calendar regarding fixtures.

“But, at the moment, we have no excuses. We’re fully focussed because we have a very difficult Division Two campaign ahead of us. I would say it’s far more difficult than playing in Division One.

“Every team wants to avoid being in the bottom two, because of the consequences. You look at the lower ranked teams in the pre-season competitions so far, and they’re flying it. So every match is going to be very tough,” he concluded.