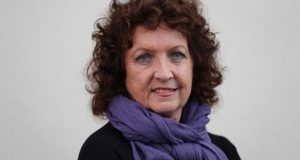 Kathleen Keyes: ‘I think there was something in me, calling me to speak, to speak from my own soul and just tell, express . . . a need to get out something from myself.’ Photograph: Nick Bradshaw/The Irish Times

A Fairymount woman who lost all three of her children to cystic fibrosis has received widespread public support after a letter she wrote to The Irish Times went viral just before Christmas.

Kathleen Keyes (nee Raftery), a native of Parkeel, Fairymount, penned a simple, yet poignant letter to The Irish Times newspaper detailing what it meant to be alone at Christmas, following the devastating loss of her three children. Since its publication, the letter has been read by more than 80,000 people.

It’s hard to comprehend the sheer scale of loss Kathleen has endured. She lost her first child, Gráinne, her eldest, aged 15 and a half in 2002. Ten years later, she witnessed the loss of her youngest child, Darragh aged 19 in 2012. Tragically and more recently, she lost her second eldest, 31-year-old Fergal in 2018.

In her beautifully expressed letter, Kathleen captured the grief and pain of loss and being without loved ones at Christmas. In the same breath, she also exhorted those considerably more fortunate than herself to appreciate the real joys of life, namely family and friendship.

After the publication of her letter, Kathleen became an overnight viral sensation, striking a chord with thousands of people for whom Christmas can be a difficult and challenging time.

“I’m stunned by the reaction, I didn’t expect it. I thought only a few people would see the letter. The motivation for me was Christmas. I see everyone running and racing to the shops. I felt somewhat redundant, with no family to make Christmas for. I had that feeling, so I began to write,” she said.