A handful of Roscommon schools, and schools featuring Roscommon students, have already fallen by the wayside in this season’s campaign. Elphin Community College battled well but were undone by their need to call on a number of Junior Cycle students, with Ballygar and Glenamaddy also eliminated in the first term.

For the rest, the action is about to heat up very soon. Roscommon CBS will fly the flag for the county in the top tier championship in Connacht after securing some landslide wins in B League, with significant numbers of Roscommon players also playing A football for Athlone Community College and the Marist in Leinster.

That leaves St. Nathy’s and Carrick-on-Shannon as the only local schools in Connacht B Championship, while Scoil Mhuire, Strokestown, Coláiste Chiarán, Ballyhaunis Community School and Garbally College all have Roscommon students hoping to pick up provincial medals over the next few months in the C grade.

Finally, there is the Abbey Community College and Roscommon Community College still standing at D level, where 16 teams remain in the overall race. A fascinating season is about to explode into life, and the Roscommon Herald has all you need to know to follow the action.

*Pick up a copy of this week’s Roscommon Herald to view profiles of schools’ teams left competing for championship honours. 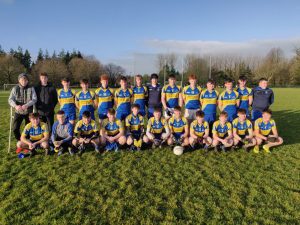