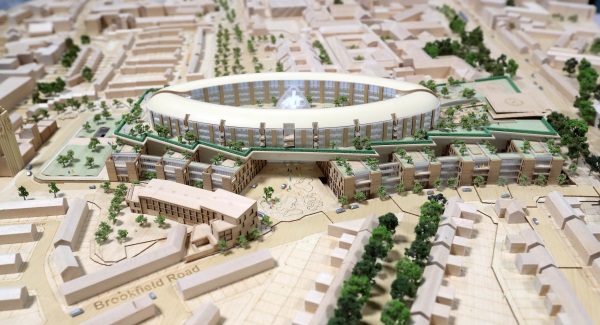 Contractor claims are the “biggest risk” in the National Children’s Hospital project, according to the chairman of the board overseeing it.

Fred Barry says structures have been put in place to “robustly defend” these costs.

The new National Children’s Hospital is set to cost at least €1.7bn and is due to open in 2023.

Last November it emerged significant potential costs had arisen from new financial claims made by the contractors.

Opposition TDs have complained about the rising cost of the project – and have heavily criticised the process surrounding the building of the hospital.

“It’s no surprise because when Fine Gael in government put the process in place at the beginning, it was shoddily done,” said Fianna Fáil TD Marc MacSharry, who is a member of the public accounts committee.

“Contracts were awarded before designs were complete.

“Nobody in their right mind would undertake any sort of a building job, however small, never mind the biggest in the history of the State, without clearly agreeing prices and guidelines and a full design before awarding a contract.”

The project is being overseen by the National Paediatric Hospital Development Board, who met Health Minister Simon Harris to discuss the project last November.

A note of the meeting has been released under the Freedom of Information Act.

Fred Barry, the chairman of the board, told the meeting the contractor claims represent the “biggest risk” in the project.

However, a “structure” had been put in place by the board to “robustly defend” these claims, he insisted.

The meeting also heard the cost of the project did not grow in 2019.

Election 2020: Rural Ireland on the agenda ahead of Varadkar/Martin debate

Family concerned as woman goes missing from her home in Carlow