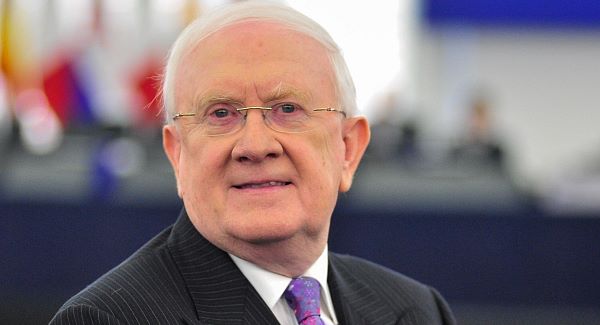 Remarks made by Donegal TD Pat “The Cope” Gallagher suggesting that Sinn Féin and his party Fianna Fáil are very alike have been dismissed by Mary Lou McDonald.

Mr Gallagher, speaking on RTE Raidio na Gaeltachta this morning with regard to what coalition partners Fianna Fail might consider should they be in a position to form a Government, had bucked the trend of his own leader Micheal Martin who had suggested that the two would not be sharing power.

“We’re actually very different in our political approach and political style. What we do have in comment is those of us who are elected and have a democratic mandate, we do have that in common,” she said.

“I would like us also to have in common a basic level of respect for the people who vote for us, and the likes of Fianna Fáil and Fine Gael saying they don’t want us, I would ask them to remember that behind every Sinn Fein elected representative Dail deputy or councillor are hundreds of thousands of people who vote for us.”

“To disrespect the people who vote for us is simply not acceptable,” she said.

She said however that she is “glad” that Mr Gallagher had “broken the trend and bucked the trend”.

“He is prepared to recognise that Sinn Fein has a democratic mandate and that we have a lot to contribute to the system here,” Ms McDonald added.

The issue of a coalition with Sinn Fein has been dismissed by both Fianna Fáil and Fine Gael, together with the Labour Party in recent days.

However, that could all change depending on how the numbers take shape in the wake of February’s vote.

Earlier, local Wicklow TD John Brady suggested it makes no sense for parties in the Republic of Ireland to “be happy for us to govern in the North, but to have no say in the south”.

He said he expected the situation to become more fluid as it becomes clear what parties are in a position to form an administration in three weeks’ time.