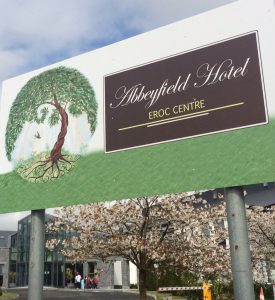 The contract for the Emergency Reception and Orientation Centre (EROC) at Ballaghaderreen has been extended until June, the Department of Justice has confirmed.

The contract for accommodation at the former Abbeyfield Hotel had been due to end in December as it was not going to be renewed.

When contacted, a spokesperson from the department said the contract for the EROC in Ballaghaderreen had been extended until June 2020. This is to allow the children there to complete the school year and to allow for a new tendering process.

“As is the case with all centres contracted for accommodation and related services, normal procurement rules will be applied when seeking requests for tender for use as EROC or accommodation centres,” he said.