Intermediate ladies get the ball rolling

The Roscommon intermediate ladies’ team paraded too much firepower for Sligo to get their Lidl NFL Division Three League campaign off to a solid start at Abbey Park, Boyle, on Sunday afternoon.

Manager Michael Finneran wanted his side to make a positive start, and his players answers the call, despite some wayward shooting early on.

Goals either side of half time by Sinead Glennon set up Roscommon for victory, and when joint captain Jenny Higgins added a third after being introduced to the fray, the game was put beyond Sligo.

Rebecca Finan, Louise Brady, Rachel Fitzmaurice and Roisín Wynne were also to the fore as Roscommon closed out the deal with a 3-12 to 2-8 victory.

Another big game looms on Sunday next when Roscommon host Laois in Kiltoom (throw-in time to be confirmed).

*Check out this week’s Roscommon Herald for match report. 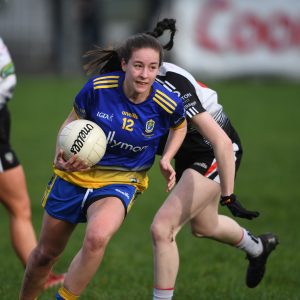