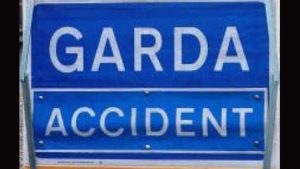 A 10-year-old South Roscommon child has been left traumatised and terrified after a brazen thief stole hundreds of euro from the car in which she was sitting.

A Kiltoom mother-of-four has this week spoken out after her young child was left very distressed by the incident, which happened in broad daylight, close to the Willow Park football pitches in Athlone on Saturday afternoon.

She told the Roscommon Herald that she, her husband and daughter, had gone to watch her son playing football. However, due to the cold weather, her daughter decided to remain in the family car, watching videos online.

“The match was at quarter past two. So this would have happened around twenty, twenty-five past two,” she said. “A man opened the driver’s door, got into the car, and closed the door. He turned around and said ‘how are ya?’ to my daughter. Then he said ‘your mammy asked me to get some money out of her purse to pay the referee’. My daughter knew at this stage that this wasn’t right.” The thief reached under the front passenger seat and got her wallet. He then took €300, most of which had been earmarked for shopping.

“He said ‘That’s great. Thanks a million, I’ll come back to you in a few minutes’.”

The young girl was “terrified” by the experience and “when he started talking to her, she froze. She didn’t sleep at all on Saturday night,” said her mother.

The woman believes that the thief had been observing the car. “He had to be watching me. I would normally be coming in and out of the car. He had to have seen where I was on the pitch and knew he had enough time to get into the car and the get away.

“I am mad with myself but this could happen to anyone. So many people have been contacting me saying that could have been me”.

She has now urged parents to be vigilant. “I never in a million years thought somebody would take something out of the car.” Athlone Gardaí are investigating the incident and are appealing for anyone with information to contact them on (090) 649 2609.