‘I will be the last GP in Ballygar’ — doctor warns 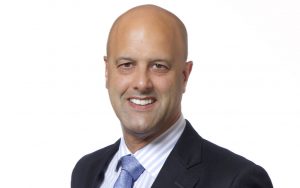 A prominent doctor has warned that he will be the last GP in the village of Ballygar unless there is a significant investment in general practice.

Well-known rural GP and former president of the Irish Medical Organisation, Dr Martin Daly said that general practice had been “gutted” by cuts since 2010. At the same time, GPs were serving a growing and aging population, many of whom had complex medical needs.

“We never had waiting lists in general practice until the last three years,” he said.

“GPs are turning away patients because they are unable to take on the responsibility and the workload associated with the provision of a high-quality service.”

He said that GP posts were becoming increasingly unattractive, with very few young GPs willing to commit to a 365-day-a-year medical card contract as well as provide all the infrastructure and take all the responsibility “for a service that is increasingly state-run”.

“There are only 136 GMS contract holders under the age of 35 and there are almost 600 GPs that will retire in the next five years,” the Ballygar doctor said. “The figures are stark.”

In terms of Sláintecare, the cross-party 10-year programme to transform the health and social care service, Dr Daly warned that “if the State continues to deny there is a problem in general practice then there will be no GPs to deliver Sláintecare.

“I am certain that I will be the last GP in Ballygar,” he said, adding that he loved his job.