Playing against a strong breeze in the opening half, Roscommon trailed by four points at the break but they turned things around spectacularly after the break, with Fleming, in particular, producing a superb performance at midfield alongside Caroline Conway.

Rebecca Finan was accurate from frees, contributing 0-5 overall, with the impressive Aimee O’Connor landing 1-4 from corner-forward.

Roscommon travel to Fermanagh on Sunday next where a third victory would strengthen their hand as they seek the coveted two league final berths on offer at the end of the group games. 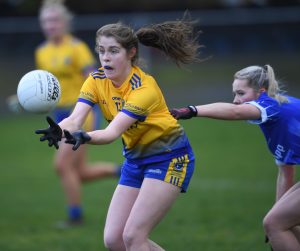