Sinn Fein’s Martin Kenny appears to be in line to top the poll in Sligo-Leitrim-North Roscommon-South Donegal according to an exit poll for the constituency.

According to figures produced by Ocean FM in conjunction with I.T Sligo,  the Leitrim TD looks set to win over 21% of the first preference vote.

Marc MacSharry looks set to win 13.7% and he is followed by his party colleague Eamon Scanlon on 11.8%.

Marian Harkin is rated as winning 11.2% of the first preference votes and Fine Gael Frank Feighan’s vote will be at 10.5%

His running mate Thomas Walsh is on 6.4% and the party will be in a battle to retain the seat previously held by Tony McLoughlin. 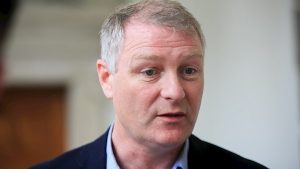