Frank Feighan a contender for fourth seat in Sligo/Leitrim 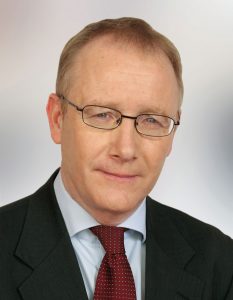 An exit  poll, in the Sligo Leitrim constituency suggests that Fine Gael’s Frank Feighan is still a contender for the fourth seat in this four seater. He is polling considerably better than his running mate Sligo-based Thomas Walsh , the poll suggests.

Conducted by IT Sligo in conjunction with Ocean FM , the exit poll predicts that  Sinn Féin’s Martin Kenny will romp home and is likely to be elected on the first count.

He will take  21.1pc of first preferences , way ahead of Fianna Fail’s Marc MacSharry in second place on 13.7 per cent, according to the figures.

The  poll which surveyed  978 people across Sligo, Leitrim, north Roscommon and south Donegal showed two candidates neck and neck with Fianna Fail’s Eamon Scanlon getting 11.8 per cent , ahead of Independent candidate Marian Harkin on 11.2 per cent.

Close behind was outgoing senator Frank Feighan who is on 10.5 per cent , according to the exit poll, considerably ahead of his running mate Thomas Walsh on 6.4 per cent.

With. Kenny and MacSharry set to take the first two seats, there is likely to be a battle between Harkin, Scanlon and Feighan for the final two.

With 40 Sligo boxes (out of 215 in the entire constituency)  tallied so far at  the count centre in the Sligo Park Hotel, Frank Feighan is on five per cent, as is Eamon Scanlon of Fianna Fáil. Thomas Walsh is marginally ahead on six per cent at this early stage of the tally which has Sinn Fein on 21 pc , Fianna Fáil on 23 pc and Fine Gael on 12 pc.

Martin Kenny is the front runner on 21 pc Marc MacSharry is on 18 pc, the two Independents,  Marian Harkin and Declan Bree  are on  12 pc while Gino O’Boyle of PBP is on eight per cent. The Greens are on three per cent and former Fine Gael  Junior Minister  John Perry is trailing on two per cent.

Frank Feighan has got a good vote in Castlebaldwin according to the tally getting 61 votes  in one box there. He also did well in a polling booth in Scoil Ursula in Sligo town where he gets 42 votes, the tally suggests.

No boxes in  north Roscommon, Leitrim or south Donegal have yet been tallied.