History in the making in Roscommon Galway 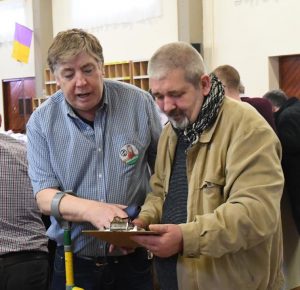 History is in the making in the Roscommon Galway constituency as Sinn Fein’s Claire Kerrane looks set to be the party’s first T.D. since the election of George Noble Plunkett in the famous North Roscommon bye-election ‘election of the snows’ of 1917.

Kerrane’s likely election means that for the first occasion since the foundation of the state neither Fianna Fail or Fine Gael will take a seat in this constituency. If she takes the final seat, Kerrane will become only the second woman ever to win a seat in Roscommon and the first since 1981.

Likely to top the poll is sitting Independent Deputy Michael Fitzmaurice. First elected in the Roscommon South Leitrim bye-election in 2014, the Creggs man is expected to top the poll and exceed the quota on the first count.

Final tallies indicate Fitzmaurice has 12,904 votes with the projected quota expected to be approximately 12,200 votes. He’s expected to be followed by fellow Independent and former Minister Denis Naughten with 8,310 votes ahead of Sinn Fein’s Kerrane on 7,873.

Fianna Fail strategists remain hopeful Leyden can transfer to her running mate. However the late addition of Leyden to the election race, 48 hours before the election was called, caused considerable friction within party ranks.

Fine Gael’s vote is set to drop on its 2016 performance. The party’s sole candidate, Cllr. Aisling Dolan from Ballinasloe secured 5,391 first preferences based on estimated tallies. She was added to the party’s ticket last December after being elected an Independent Councillor last May.

The Green Party’s Julie O’Donoghue, secured an estimated 1385 votes based on estimated tallies. The Bandon native, now living in Roscommon town will increase her party’s vote in the constituency by approximately 2% in her first electoral outing. A first count declaration is expected around 5 p.m. this evening.