Tully taking nothing for granted

Potential is one thing, delivering on it isn’t so straightforward. So, it’s no surprise that Roscommon U-20 football manager Liam Tully is very wary of Saturday’s trip to Markievicz Park to face Sligo in the last four of the provincial championship (throw-in is at 2 p.m.).

Roscommon have a decent team on paper, littered with players that have plied their trade at a high level on the club and schools’ circuits. Throw in the expectation that stems from Roscommon reaching the All-Ireland U-17 final three years ago, and it’s not hard to see why this particular team’s progress will be monitored with more than a passing interest.

But Tully bats away such talk quickly, believing that his players will have a serious afternoon’s work completed if they manage to overcome Dessie Sloyan’s highly regarded outfit.

“We try to set our standards within the group. We have players that have played at a high standard but that goes out the window against Sligo on Saturday. We’re playing a very good and well-developed Sligo team.

“Sligo’s results against Roscommon at underage level over the past few years speak for themselves. We can’t be thinking about how good we can be. We have to go out and deliver on Saturday,” he explained.

The capabilities of players like Colin Walsh, John Martin, Paul McGrath, Ruadhri Fallon, Ciarán Lawless, Darragh Walsh, Paul Carey, Ciarán Sugrue, Peter Gillooly and Adam McDermott are well-known at this level. Shane Cunnane is coming back from injury, but Tim Lambe and Enda Crawley are definitely out of Saturday’s game.

Given that the preparations have been interrupted by club and schools’ competitions, Tully admits that it’s a journey into the unknown next weekend.

“It’s not just my problem. It’s everyone’s problem. Clubs needed the players before Christmas for the U-20 championships, and some of them have been involved with their schools’ since then.

“I respect that. Every team are in the same boat. I wouldn’t be looking at the negatives all the time.

“Some counties are further down the track in terms of developing their players from U-17 players onwards but we’re working on that.

“Even from three years ago, around half those players are involved now. Players come and go. It’s how we develop these players after U-17 level because it’s all about development. You can’t just stick to the one group of players and hope to make inroads,” he explained.

Led by Red Óg Murphy, who is back with the Yeats County following a stint with AFL side North Melbourne, Sligo will pose a formidable challenge. But if Roscommon can reach anywhere near the heights they’re capable of, they should have enough quality in too many positions to get the job done. 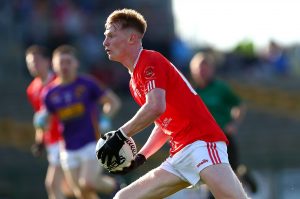 Paul Carey and his Roscommon U-20 team-mates will be looking to reach the Connacht final at Sligo’s expense. Picture: INPHO/Tom O’Hanlon