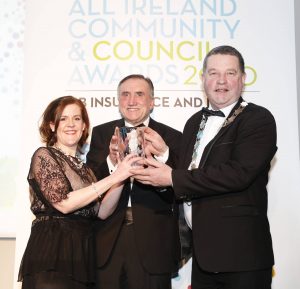 There was good news for Lough Key Forest Park in Boyle at the weekend when the facility was selected as the best national public park at the annual LAMA awards.

The prize-giving took place in the Croke Park Hotel.

The awards, which are organised by the Local Authority Members Association, honour public and community amenities that are supported by local authorities throughout the country. The Boyle facility defeated eight other nominees to win the prestigious award.

Louise Fitzpatrick, General Manager of Lough Key Forest Park said staff at the Boyle facility were delighted to receive the award, which she said, was an endorsement of their hard work.