It’s not the senior final appearance that the school would have craved, but in terms of establishing a meaningful rugby tradition in Roscommon CBS, tomorrow’s Junior A Cup final against St. Muredach’s of Ballina is a hugely important milestone for the school (throw-in at the Sportsground is 2 p.m.).

Unlike the senior grade, where the same few schools tend to dominate year in and year out, the junior grade has seen schools emerge from the shadows to enjoy periods of eminence, even if sustaining that success has eluded most. For half a century, from the end of World War Two to the last few years of the century, it was a comparatively closed shop. Garbally College ruled the roost, with the usual suspects of Sligo Grammar School and Colaiste Iognáid picking up the majority of the scraps.

Since then Portumna Community School reached three finals in five years, Calasanctius College of Oranmore played in the 2009, 2010 and 2011 deciders (winning the first two) and there were also breakthrough wins for Rice College and St. Gerald’s, before Roscommon CBS became the latest team to add their name to the roll of honour in 2015.

Of all those “breakthrough” schools, only the Marist of Athlone have burst onto the scene and made themselves a permanent feature, winning seven junior crowns (and three senior) since the start of the millennium.

The generation of Roscommon CBS students that played in the 2014 and 2015 finals have scattered across the country and the globe by now, and this is the chance for a second wave to come through and prove that the triumph five years ago wasn’t just one golden generation.

Looking at results so far this year, the signs seem promising. Aside from a 7-7 draw in the league semi-final (they advanced to the final on the basis of scoring the first try), Dave Purcell’s side have won every game this year, including two clashes with St. Muredach’s.

At club level, where the vast bulk of this side make up the Creggs U-16 team, the story has been similar. They’ve reached the league final, drawing with Corinthians, with the replay due to be played this weekend, and if they come through that they’re still in with a great chance of a league and cup double.

Yet the nature of underage rugby is such that the real glamour is in the schools’ game, and for all Creggs’ progress on and off the field, Connacht Schools’ Cups represent the best possible chance for the sport to gain increased traction in the hearts and minds of the up and coming athletes.

Watching this group play is certainly a great advertisement for the sport. With a very high skill level all across the squad, backs and forwards alike, they operate at a very high tempo, mixing the ability to move the ball through the hands quickly with a solid kicking game, orchestrated by out-half Diarmuid Hession.

Full-back Conor Betts and the entire three-quarter line will happily attack gaps and look to take on opposing defenders, and against Sligo Grammar School both Senan Lambe and Tadhg Lyons on the two wings sensed vulnerability in their direct opponents and took full advantage, most notably for Lyons’ early try.

The pack has all the power and strength that will be needed in that sector, with Ciarán Purcell and Edimar Fimho very accomplished carriers from the back row. Against a Muredach’s side that has been known to play quite narrowly, their ability to make progress on early phase carries and suck in defenders will be crucial in opening up space for the back three to showcase their talents.

These schools met in a winner-takes-all clash in the 2019 Junior Cup, where Creggs RFC was the setting for a comprehensive 45-15 win for the Ballina school. Yet unlike a lot of other sports at these age grades, there is huge transition from one year to the next, as the value of the extra year’s conditioning and growth is hard to overcome for younger players.

It’s a completely different Muredach’s group to last year, while it’s likely that Roscommon CBS will start this game with just one player who will be still eligible next year.

This is their time. 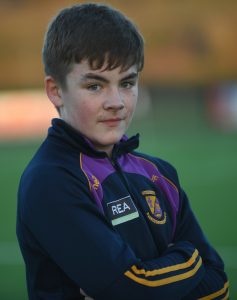