Two people have been arrested in County Roscommon as part of a Garda investigation into suspected fraudulent insurance claims.

The Garda National Immigration Bureau (GNIB) carried out searches in a number of business and domestic premises over a two-day period last month as part of Operation Vantage.

A statement from Gardai noted that “as part of an ongoing investigation by the Garda National Immigration Bureau (GNIB), into the involvement of non-Irish nationals in suspected fraudulent insurance claims, arising from suspected staged road traffic collisions, a number of addresses were searched in Co. Roscommon as part of Operation Vantage on the 26th and 27th February, 2020. Two individuals were arrested on the 26th February for breach of work permits and immigration related offences. One of these individuals has since been removed from the jurisdiction with the second due before the Criminal Courts charged with immigration related offences.

“A number of these businesses were also found to have breached employment legislation and are subject to Work Place Relations investigations and prosecutions. GNIB, assisted by Social Welfare Inspectors, also identified two business premises which were in breach of Social Protection protocols. Enquiries were also carried out at a number of residences in relation to European Union Treaty Rights applications. Seven of these applications are believed to be non-genuine cases and will now be subject to further investigation, and reported to Immigration Service Delivery. 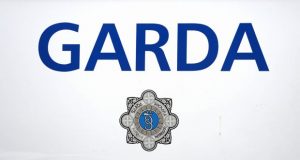 Prior to the commencement of Operation Vantage nine EU nationals were identified as being involved in staged Road Traffic Collisions and false insurance claims. Based on criminal history and convictions, applications for EU Removal Orders were submitted for seven of these individuals.”